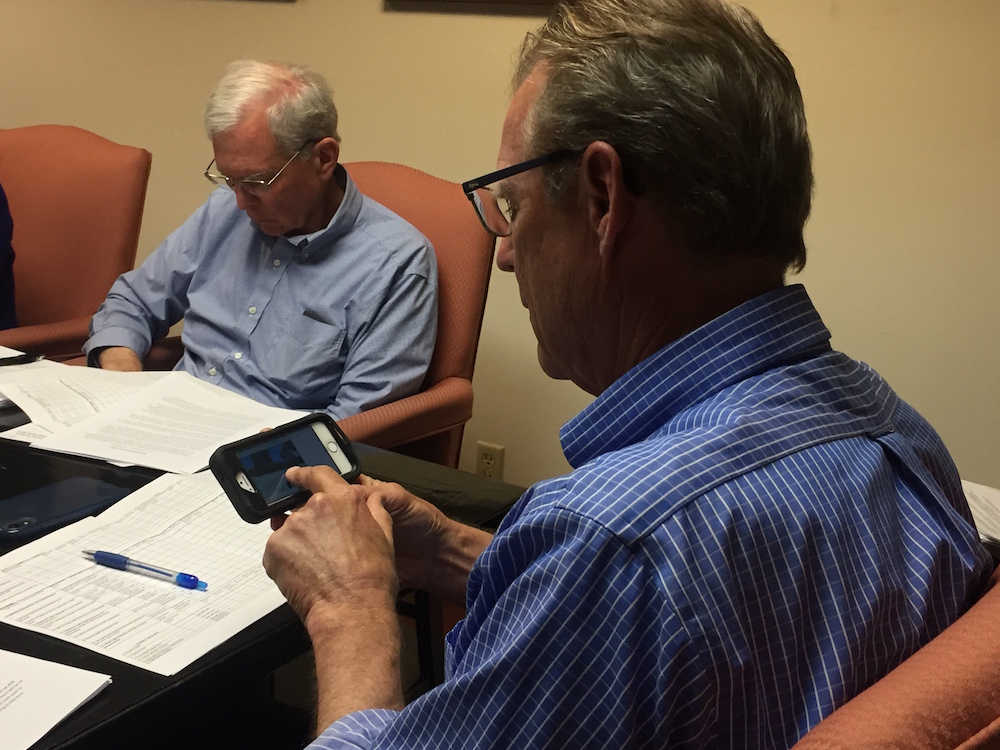 Saving and rejuvenating Witter Field’s turf, renovation of the Piedmont Middle School sports courts, a new beautified street corner … these are a few of the items on a list of projects the City Council will likely consider when making important budget decisions beginning next month.

These and other wish-list items were presented Tuesday night at a meeting of the city’s Capital Improvement Project Review Committee. This appointed group fields suggestions from the public — and sometimes makes its own — about projects to recommend to the City Council for approval and funding.

The City Council will conduct its annual budget work session May 11, when the CIP Review Committee will present its recommendations to council. The council will then take those recommendations into account when deciding on funding for the city’s 2019-2020 fiscal year budget.

No funding decisions were made Tuesday night; rather, there were rough cost estimates given for some of the projects. It will be up to the City Council to decide how much money the projects will receive, and that process will get underway at the May 11 budget hearing.

On this Tuesday night, in the small conference room at City Hall, five people came before the CIP committee to make the case for their respective projects. Rick Raushenbush told the committee that the sand subsurface beneath the Witter Field turf has compacted to the point that water can’t drain through it, resulting in regular flooding during periods of heavy rain.

“It seems prudent for us to deal with the problem before the field gets shut down permanently,” said Raushenbush, who said the total cost for all the work could be $3.4 million.

The CIP committee — with Mayor Robert McBain present as the City Council’s liaison — decided the Witter Field work is a priority, and that the solution will likely be a joint effort of the City Council and the Piedmont Unified School District board.

Another joint city-school district project could be the creation of pickleball courts on what are now sports courts at Piedmont Middle School.

Resident Tom Reicher noted the beginning this month of Piedmont’s first official pickleball season (an eight-month trial) at Linda Beach Park, and that the sport is quickly blossoming in popularity. The City Council has already adopted a recommendation by the Recreation Commission Subcommittee to create these courts at the middle school; the CIP committee members said they, too, will recommend the project to the City Council.

Sara Lillevand, Piedmont’s recreation director, said she hopes this work can happen over the summer. It would benefit not only the growing (and largey senior) pickleball community, but also the middle school students who use it for classes and recreation.

“I see it as an opportunity to benefit everyone,” she said.

Reicher said the costs to grind, regrade and repave the courts could be about $57,000.

The CIP committee also endorsed a plan to create a landscaped area at the corner of Blair Avenue and Calvert Court. Resident Jukka Valkonen said he envisions a “public-private partnership” in beautifying the corner. Providing a water hookup, he said, may be the biggest challenge to making the onetime redwood grove more beautiful.

Nancy Kent, Piedmont’s parks and project manager, agreed water “would be one of the biggest leaps” to making the project work, but that it fits into the city’s green initiative. Other similarly refurbished “triangles” around Piedmont have been a big success, she and others said Tuesday. Ultimately, the committee decided to recommend the project to the city council.

Steven Brenner of Piedmont came to the CIP committee Tuesday night to reiterate an earlier request for the city to install automatic license plate reading cameras at two locations on Trestle Glen Road — Park Boulevard and Valant Place.That request was a carryover from the 2018 list.

McBain had good news for Brenner, in that these ALPRs are part of a city plan that, while not officially approved yet, appears destined for approval soon, possibly next month. The city council and the police department acknowledge there has been an uptick in robberies and burglaries in the Trestle Glen area in recent months, and that these license plate cameras could help solve and deter them. They’re part of a plan to expand the city’s existing ALPR system. And McBain said the police have recently acquired four cameras, likely enough to equip two intersections.

“I know Trestle Glen is already on that list,” McBain said. “But the moe community support, the better.”

Not discussed Tuesday was a resident proposal to formally make some of the narrower streets in the Wildwood Garden area one-way streets. Kent said the committee needs to connect with that resident again to move forward with evaluating this idea.

There are two loops in this neighborhood that would seem to lend themselves to being made into one-way streets. A short visit to that neighborhood Tuesday showed most vehicles already informally observe one-way travel there.

A proposal to build a fence along Moraga Avenue at Blair Park, and to improve parking there did not receive much support at the meeting.  While the fence got some positive response — “It would really help define the park,” Marge Blackwell said — it was the parking piece that generated some pushback. Several committee members questioned whether more parking there — requiring parkers to back up into busy Moraga Avenue — is a good idea.

McBain also said that more and improved parking at Blair Park would likely prove tempting for people attending games or other events at Coaches Field a quarter mile to the northwest. Having pedestrians trying to cross busy and winding Moraga Avenue between the field and park would be unsafe, McBain said. “We wouldn’t want to do that,” he said.