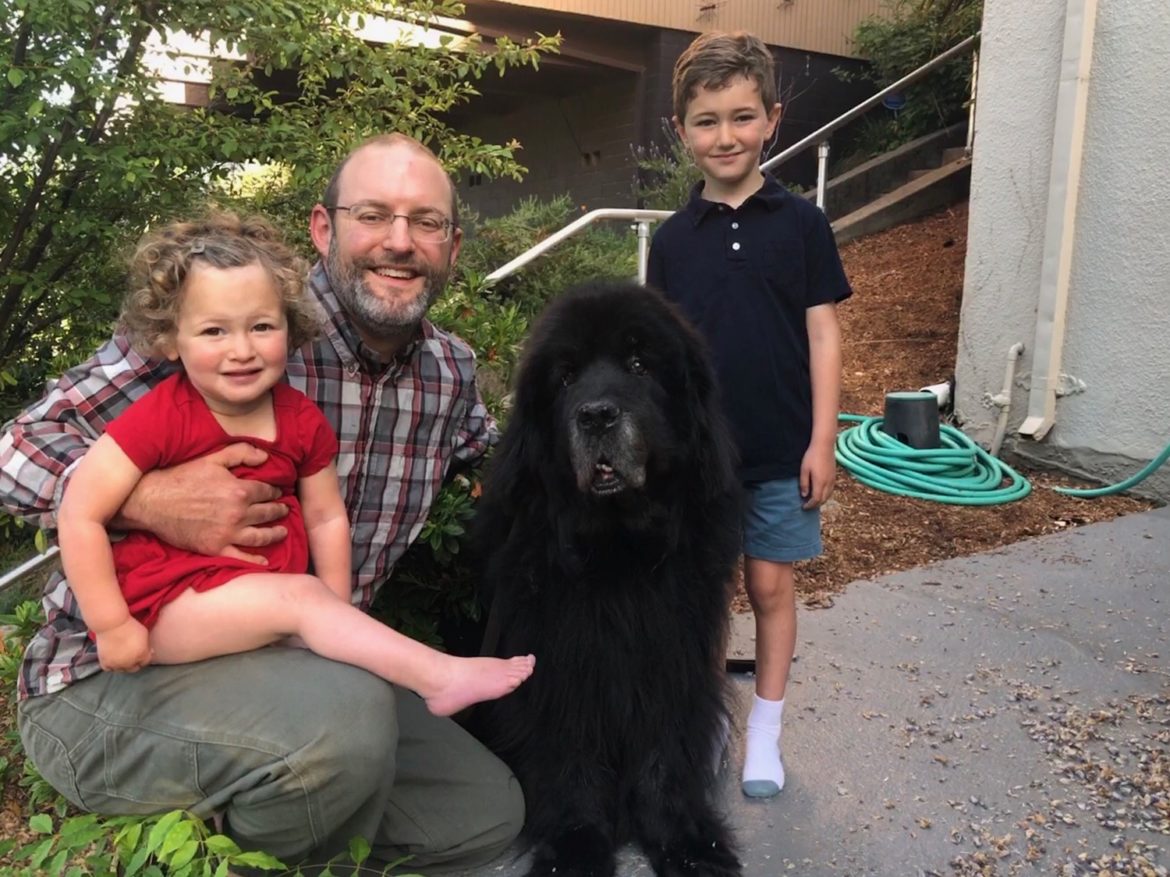 Adoption story: We wanted a big dog and settled on Newfoundlands. They are gentle, protective and good with kids. We were living in Portland at the time so we drove to Washington state to meet a breeder at a Newfoundland draft (cart-pulling) competition. Newfoundlands were bred as fishermen’s companions, to cart catch, equipment and even rescue swimmers if needed. Lucy was the 12th and last of her litter. She was 13 weeks old when we brought her home. She gained about 15 pounds each month. When she was bigger we went apple picking, and brought Lucy with us. We wore ourselves out but Lucy carted our apples for us. That evening Anna went into labor and a few hours later Henry was born.

Interesting facts:  Lucy weighs 120 pounds and her knees are no longer what they used to be.

Anything else we should know: Lucy likes to have breakfast at first light of day. When home alone she can counter-surf with the best of them. She once pulled a pound of butter and a loaf of banana bread off the counter. She polished off both of them.