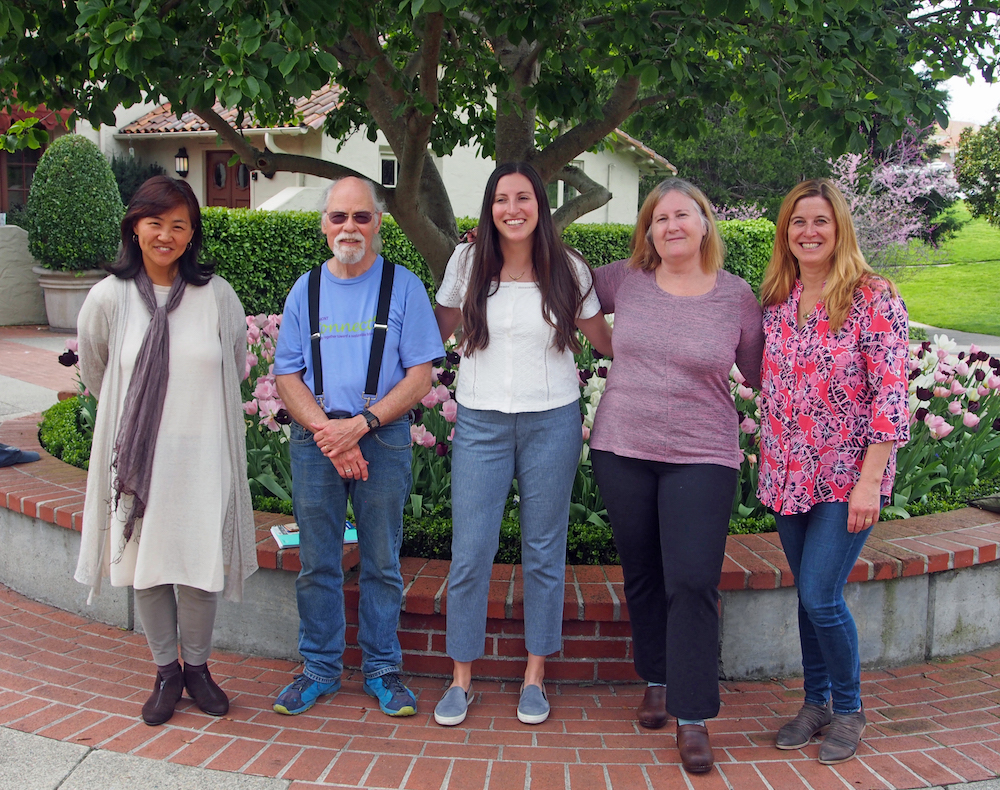 The global peril of climate change should not have individuals here at home feeling helpless. Piedmont is hosting an event during the week of Earth Day that will show steps — small and large — everyone can take in their daily lives to join the collective effort to reduce greenhouse gas emissions that threaten the planet.

“Tasting a Sustainable Future,” the theme of the Piedmont Climate Action Fair & Reception from 7 to 9 pm on April 24 at the Piedmont Community Center, will highlight food as a starting point on the journey to a sustainable future.

REGISTRATION: The event is filling up quickly! To attend, please register in advance HERE.

“The average person cares about climate change, they just don’t know where to start,” said Margaret Ovenden of Piedmont Connect, the community sustainability group helping organize the city-sponsored event. “We will have eight stations showing actions they can take.”

Choices made at the dining table — from what is served, to how and where it is produced, to how it is packaged — are a basic change that can make a major difference in a household’s carbon footprint.

With that in mind, the free event will offer the chance to sample sustainably produced food, along with sustainable wine and beer for those 21 or older.

Part of the emphasis on food is the desire to “up the fun factor” with a family-friendly event that has an appeal to the general community and not just those already tuned in to their carbon footprint, said Tom Webster, a member of the Piedmont Connect committee.

“We’re trying to use different ways to draw people into the event,” he said.

Offerings will include appetizers by San Francisco chef Nick Balla and Berkeley chef Paul Arenstam of Summer Kitchen, both pioneers in zero-waste commercial food preparation using surplus produce that would otherwise be thrown out simply because if its appearance.

“We’re trying to raise awareness that there is a very big connection between food and climate change,” said Susan Miller Davis, a Piedmont Connect member who consults on conserving food resources.

Connections between food and climate include emissions caused by growing, processing and distributing food.

“Industrial farming especially, with its reliance on chemical fertilizers, reduces the capacity of soil to sequester carbon,” Miller Davis noted. “Meat and dairy are especially problematic, as cows produce methane, but pastured meat may actually help, as part of a pasture ecosystem which relies on ruminants for carbon sequestration.”

In addition, “agriculture, in particular livestock production, is a major cause of deforestation and biodiversity loss globally,” she said.

Then there is food waste. The United Nations Food and Agricultural Organization estimates that about 30 percent of global food production (some 1.3 billion tons), is lost or wasted annually, which represents more than just squandered nutrition.

“When food scraps and wasted food end up in landfills, rather than being composted, they produce methane,” a major greenhouse gas contributor, Miller Davis said.

Beyond food, the fair will have resources on how to travel greener, reduce waste and increase recycling and reuse, make more responsible and sustainable purchases, and reduce home energy and water consumption.

There will also be a presentation on the city’s updated Climate Action Plan, which was adopted last year and contains a multi-pronged effort to reduce Piedmont’s carbon footprint.

Outreach for the event has included naming Community Champions, residents of all ages who have made a pledge “to help us promote the event far and wide.”

Organizers have also contacted teachers, the Piedmont Boy Scout Council and other youth organizations about being part of the event. Any youth who wants to volunteer for community service credit can call 510-420-3050.

Piedmont residents have already demonstrated a commitment to reducing their climate impact.

“Piedmont may be the only city where almost all residential accounts are enrolled in 100 percent renewable energy” offered by EBCE, said Mira Hahn, an assistant planner for the city. “This is a great opportunity to move forward from there. There are very doable steps and ways to make this happen.”

Piedmont residents in particular are in a position to make a difference by being conscientious about their choices as consumers, Ovenden said, noting, “The average Piedmonter’s consumption is much more because they have a higher income.”

Still to come is a new online platform that will serve not only as a one-stop information source, but as a way residents can register and track their greenhouse gas emissions and progress in reducing them, Hahn said.

Residents interested in attending the event may register here. More than 150 have registered to date, according to Miller Davis.