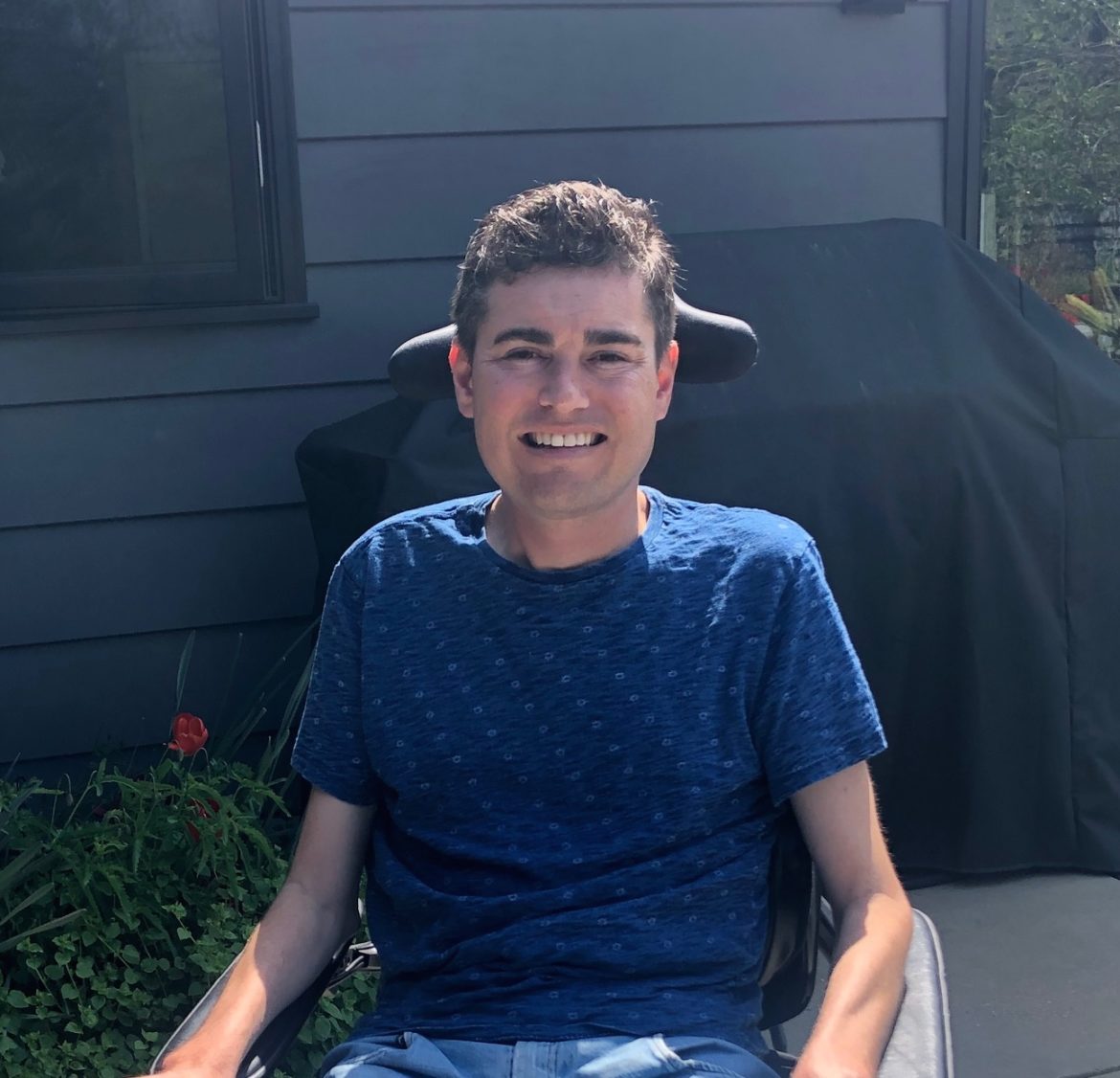 Sports have always been a part of the Reich family. Mom Wendy was a big tennis player during her school days. Son Corey participated in ski racing, basketball, tennis, and coached football and basketball before finally settling in as a tennis coach. On a recent afternoon he was watching the Oakland A’s game on tv while relaxing at home when an Exedra reporter paid him a visit. Despite being diagnosed with ALS in 2007 while still in college, Corey’s enthusiasm and attention to sports is undimmed.

Still active as coach of the Piedmont High School men’s and women’s varsity tennis teams, he can regularly be found on the courts during the team’s five days per week practice, using his thorough knowledge of the game to sharpen high school players. “We’ve had some amazing players,” he says. “I get reinvigorated by tennis.”

So has the Piedmont community, spearheaded by the Piedmont Recreational Facilities Organization, which will renovate the Recreation Center tennis courts this summer and rededicate them as the Corey Reich Tennis Center. As part of the fundraising for this work, Piedmont High School tennis players Emily Becker and Nicholas Lalli have created Corey’s Court Challenger, a round robin doubles tournament that kicks off April 28. Proceeds will go toward resurfacing of the courts, installing new nets, new fencing, and other improvements. Additional improvements may include new lights, bleachers, and a wall of champions to honor Piedmont’s excellent players. Corey’s Court Challenger is open to the entire community and will feature food, music and prizes.

Corey, who still loves nothing better than to debate the techniques of past court greats like Andre Agassi and Jim Courier, describes the rededication of the court as “an amazing honor. We’ve had some great players in Piedmont and for my name to be mentioned with theirs is an honor.” Among the stars Corey personally coached is Piedmont’s Mackenzie McDonald, ranked 59th in the world, who won the 2016 NCAA Division I Men’s Tennis Championships singles and doubles.

Keeping a busy schedule from week to week, Corey continues to travel during the off-season, making trips to Australia and Belgium. When he’s at home he heads out twice a week for Pilates sessions to keep himself balanced and loose, important qualities for any athlete. He loves to do crossword puzzles, and he keeps abreast of the world through Facebook and Twitter. “I’m still pretty good with a keyboard,” he says. “The hardest part of ALS is there’s no good way of measuring how much it progresses. But I am always finding ways to enjoy life. Life is always changing.” And he’s always smiling.

To register for Corey’s Court Challenger scheduled for Sunday, April 28, from 1-5 p.m. at the Recreation Center Tennis Courts, (1) donate the suggested $50 for the “Class of 2020 Round Robin Registration” at www.pfo.org/donate and then (2) email PHS tennis coach Jim Landes at jimlandes@gmail.com with your name and affiliation (PHS player or community member). Please reference “Class of 2020″ in your email subject line to Coach Landes. If you’d prefer to donate by check, simply bring a $50 check payable to PRFO to the event on April 28th.  Questions can also be directed to Emily Becker (emilyabecker1851@gmail.com) or Nick Lalli  (lallin899@gmail.com).