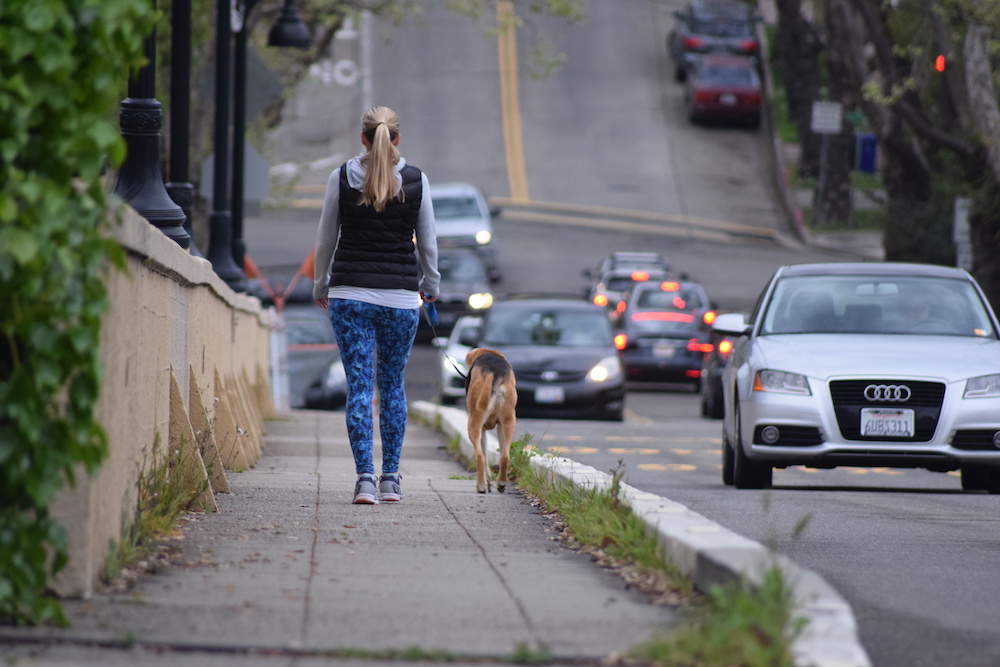 Pedestrians using the Oakland Avenue bridge should be safer soon: On Monday the City Council approved spending $207,000 in city funds, coupled with a $208,000 grant, to install railings between street lanes and sidewalks on both sides of the bridge.

The railings themselves are expected to cost $398,500; the total of $415,000 reflecting adding contingency money to the plan. Of that total, $208,000 will come from a Congestion Management Agency (through the Alameda County Transportation Commission) grant of $208,000. The ACTC grant comes with some conditions, one of them being that Piedmont would cover any prospective cost overruns.

The railings are expected to not only prevent pedestrians from entering the traffic lanes, but also to “visually narrow” the roadway, and perhaps slow down some of the traffic using the bridge, a city staff report says.

The City Council, with its 5-0 vote, also authorized city staff Monday to start soliciting bids for the railing work. Assuming that process can begin this month, with bids opened in May and the project starting in June, the installation work could begin this summer.

The need for these railings was made clear in the city’s adopted Pedestrian and Bicycle Master Plan. This and several others were deemed “high priority projects.”

Railing design work started in 2017, but the project was shelved at that time when the cost — almost $400,000 — was too high for city funding alone.

Vice Mayor Teddy Gray King held discussions with ACTC officials about possible help in funding the railings, which resulted in the $208,000 grant. King said Monday night that seeing the city staff report on this project coming to pass gave her a sense of “moderate elation.”

The top of the railings themselves will be 40 to 44 inches above street level, which prompted Councilwoman Jen Cavanaugh to ask whether vehicles’ side mirrors might be imperiled traveling the narrow confines of the bridge. Chester Nakahara, Piedmont’s director of public works, said he will research that; he also said that, even with the railings installed, “The road won’t be any narrower than it is now.”

The railings’ design was in keeping with the dominant visual aspect of the bridge itself and its arches, as visible from Linda Avenue over which Oakland Avenue crosses. Their color will likely be the same shade of dark green that graces the bridge’s street light stanchions.

The railings will be installed in removable modular sections, Nakahara said, so that if a vehicle strikes it, the whole stretch of railing won’t have to be replaced.

Also affecting the railing work timing, Nakahara said, will be other major planned work on the bridge, including paving Oakland Avenue over the span and painting it.