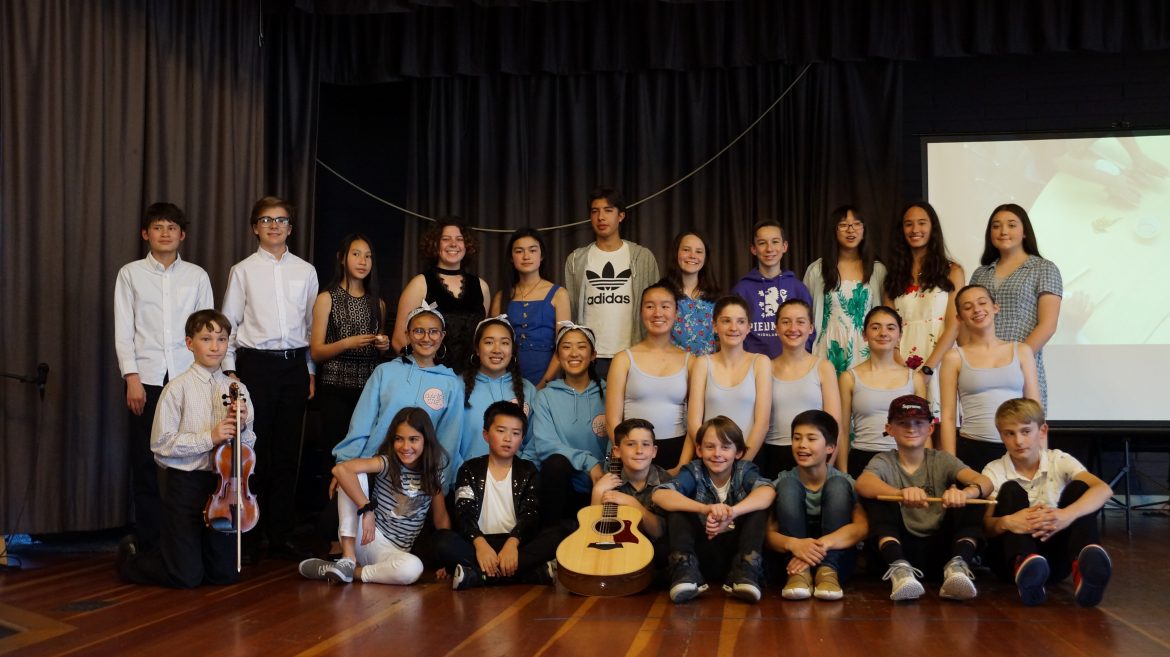 Fifth through twelfth grade students performed in front of a sold-out crowd with standing room only at Piedmont Veterans Hall.  The 14 acts were selected by audition among 28 entries.  Piedmont Arts Fund co-chair Becca Posamentier, a co-founder of Bay Area Children’s Theater, produced and directed the show.

After the performance, the crowd headed to the Big Art Show Opening Reception for a festive party at Piedmont Center for the Arts.  With over sixty works of art displayed by 27 artists, the juried Big Art Show is the main fundraising event for Piedmont Arts Fund.

The Big Art Show continues through March 30 at Piedmont Center for the Arts at 801 Magnolia Avenue, across the street from Piedmont High School.  Art can be purchased during gallery hours and online at piedmontartsfund.org.