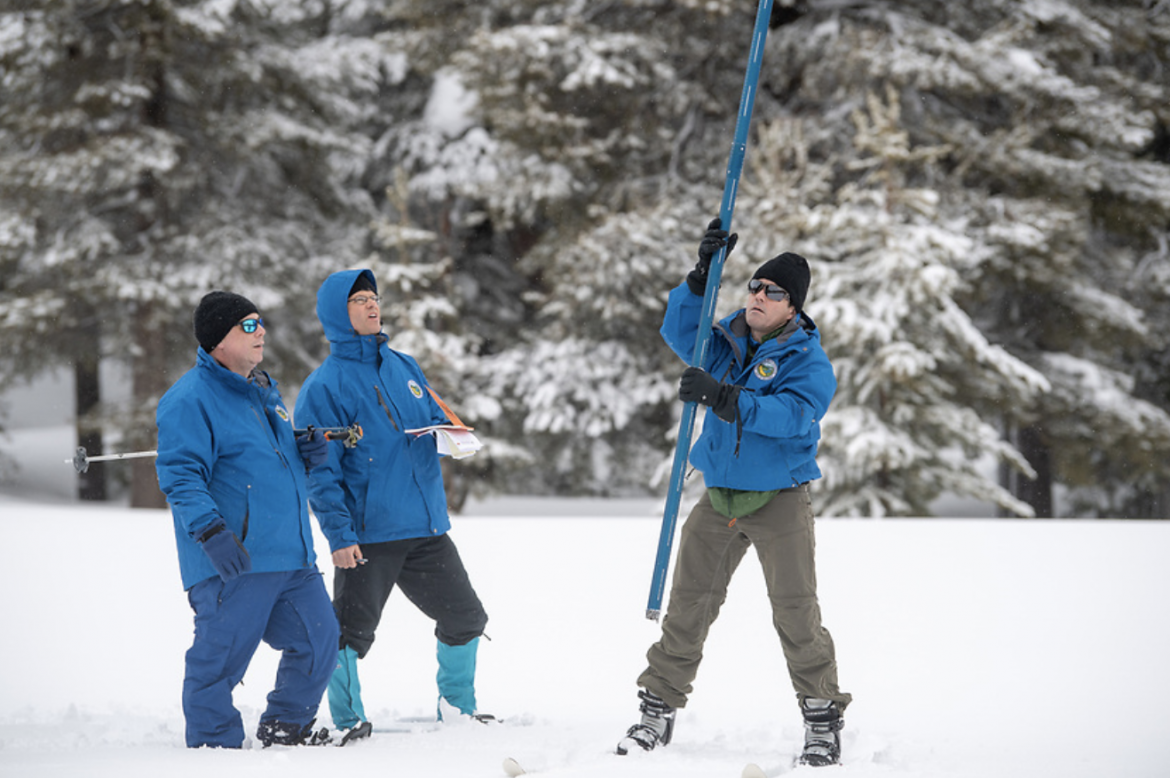 That means water levels will be in good shape as we enter the dry season in a month or two. As the weather warms, the snow will melt, keeping the state’s streams and reservoirs full.

Officials on Thursday measured 113 inches at the Phillips Station off Highway 50 near Sierra-at-Tahoe, according to Chris Orrock, a spokesman for the Department of Water Resources. That’s 153 percent of average for the date. “We have a lot of water sitting up there in the mountains,” Orrock said.

But with all that water comes the potential for flooding. Department of Water Resources employees will be keeping a close eye on snow and water levels as the weather warms up. “There is a chance that it could melt off really quickly and cause some downstream flooding and other issues,” Orrock said. But Orrock said he’s hopeful that won’t happen.

A series of storms and cold fronts has made the snow pack colder than in years past, which means it should melt more evenly. However, an influx of wet weather and healthy snow pack doesn’t necessarily bode well for fire season later this year. A strong spring runoff means more underbrush will grow and likely become fuel for wildfires once fire season starts up. Orrock said it’s all part of climate change’s effects on the state’s weather and environment.

“What we’ve really seen in California is these extremes,” he said. “You go from a very dry extreme to a very wet extreme and there’s really not a normal in between.”