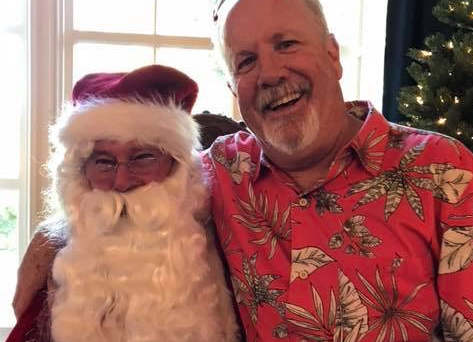 Michael and David Hopkins (we think)

After 36 years of service, Michael Murphy will retire from the Piedmont Recreation Department on April 23. Since 1982, Michael has influenced thousands of families in the Piedmont community. Michael is best known as the cheerful face of Havens Schoolmates but his contributions and collaboration over the years have impacted many Recreation Department programs, including youth and adult sports, as well as summer camps and for the past year as Recreation Supervisor. Michael will be honored with a community celebration on May 5 at Hampton Field. Details will be released closer to the event.

According to Piedmont Recreation Director Sara Lillevand, “It is difficult to overstate the positive impact Michael Murphy has had on Piedmont. His buoyant personality and his consistently upbeat nature raises the spirits of kids, parents and colleagues alike. It is hard to have a bad day when Michael is around.”

As hard as it will be to say goodbye to Michael, his departure allows for an outstanding addition to the PRD team.  Jackson Stearns joined PRD on March 11th as a Recreation Supervisor.  Stearns grew up attending recreation programs in Oakland as a camper, a CIT, and recreation leader. His love for working with kids and developing youth programs led him to a career in recreation. Most recently, he worked for the Parks and Recreation Department in Orinda and prior to that for the Berkeley YMCA, and the Montclair Recreation Department.

Stearns’ hiring has afforded PRD the opportunity to reorganize supervisory responsibilities.  After working with Schoolmates for the past 25 years, Erin Rivera will be turning the reins of this program over to Stearns. Rivera will continue to manage Preschool Programs, as well as Summer, After School Enrichment, and New Program Development. Stearns’ responsibilities will include Schoolmates, Sports, Youth Employment, and Community Events.