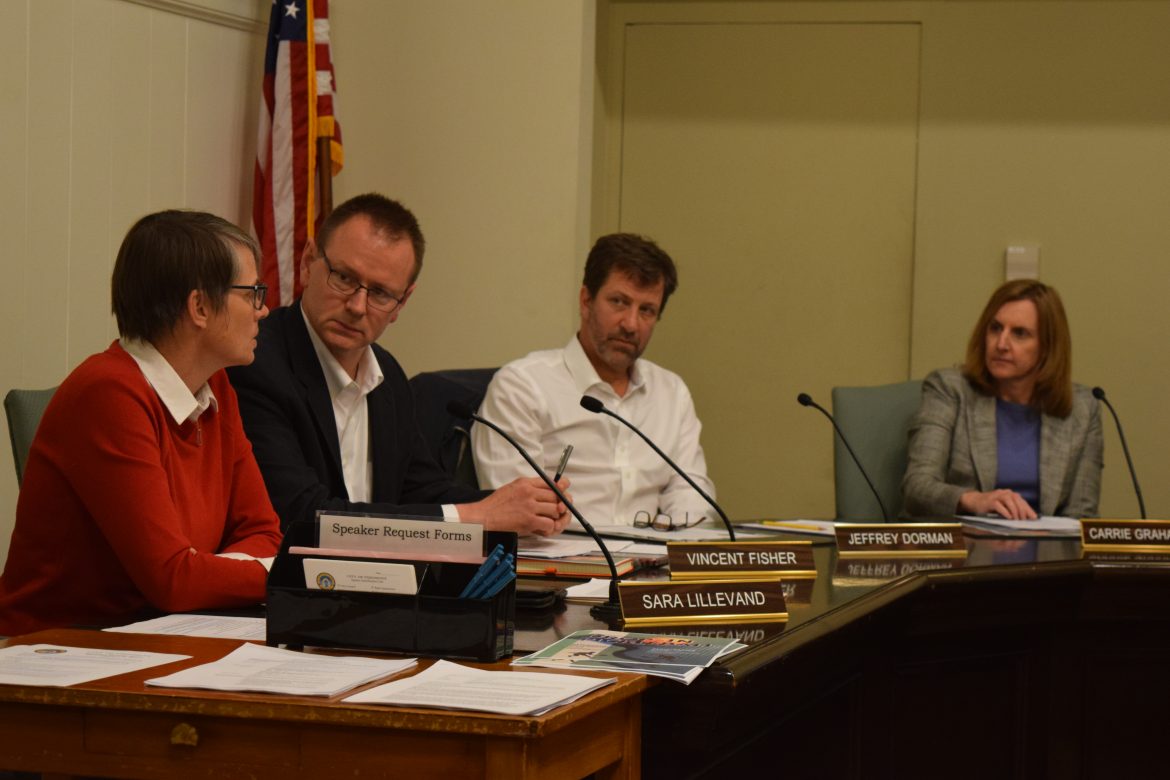 Piedmont Recreation Commission members on Wednesday said the trial pickleball program approved by the City Council on March 4 is on course to begin at two local parks as early as April 1, with the needed court striping and official notification of neighbors still not complete.

The council approved an eight-month trial of pickleball play at both Linda Beach Park and at Hampton Park. Pickleball is a small-scale version of tennis, with elements of badminton and table tennis. Its popularity has skyrocketed over the past five years, especially among seniors.

Yet to be determined is whether people living near the new pickleball courts will be significantly affected by the noise of the players hitting the plastic balls used in the sport. Noise concerns came up many times in seven months worth of informal meetings and formal city hearings leading up to the council’s March 4 approval.

Sara Lillevand, Piedmont’s recreation director, said Wednesday night that if the noise turns out to be significant, that the eight-month trial could be halted and a “pickleball consultant” brought in to study the noise issues first-hand.

The noise concerns came mostly from people who live near Linda Beach Park, where the nearby concrete Oakland Avenue bridge, which acts as a concrete wall, magnifies other sounds in the area.

“It was a pretty engaged discussion, with folks happy about pickleball, but also those concerned about noise, especially in the Beach neighborhood,” said Recreation Commission chairman Steve Roland.

As for pickleball’s popularity, Roland said that at a Palm Springs hotel he visited in 2018, there were two pickleball courts, converted from tennis courts. On a return visit last  month to the same motel, two more tennis courts had been converted to pickleball use.

City Councilwoman Jen Cavanaugh thanked the commissioners Wednesday night for the months of meetings and research that preceded the March 4 program approval. “This has come together really quickly; it feels like it came to the community about an hour ago,” Cavanaugh said. “This was like lightning speed.”

The next step with the ongoing crafting of a master plan for Coaches Field will be an environmental review of the specific design for park, Lillevand said.

The city in March 2018 signed a contract with Callander Associates to oversee development of a plan to bring artificial turf, field lighting, improved vehicle access and added parking to the facility.

“There’s more to come before anything moves forward,” said Lillevand, adding that it’s “hard to put a timeline” on when the major work will begin.

Lillevand told the commission she hopes the first of planned improvements at the tennis courts on Vista Avenue — resurfacing tennis courts and installing new nets and posts, new fencing and a new storm drain channel — can be carried out this summer.

It’s the first major work under what city officials hope is a quarter century of new projects and ongoing maintenance of these courts, which are set to be renamed the Corey Reich Tennis Center. A long-term fundraising effort to pay for that work is underway.

Reich is assistant coach of the Piedmont High School’s tennis teams, which practice and play matches on these courts. Reich, now 32, continues to coach 12 years after being diagnosed with amyotrophic lateral sclerosis.

“It’s really exciting to see the outpouring of support … all the effort and love to make this a totally redesigned, fresh facility,” said recreation trustee Glyn Burge.