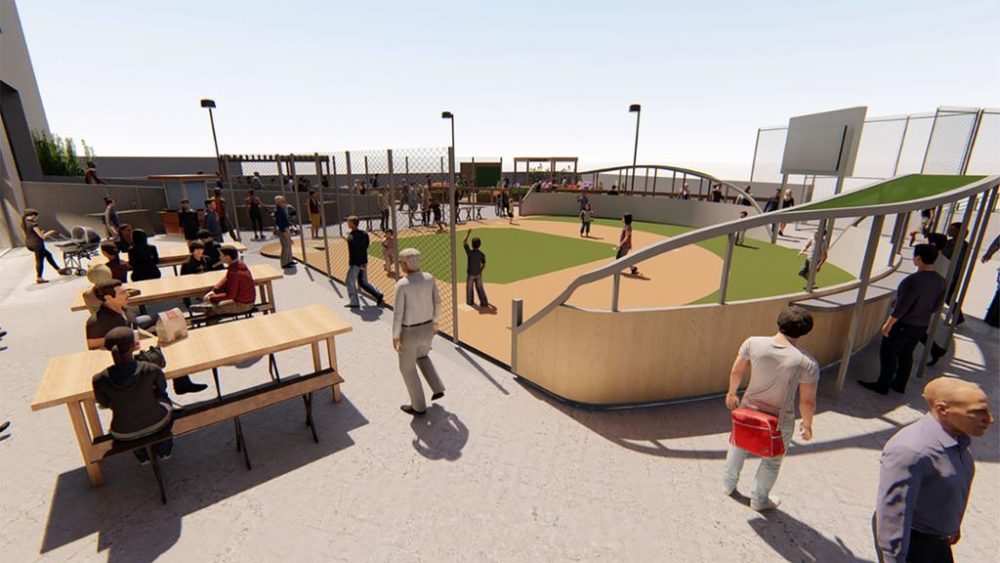 The Oakland A’s announced Thursday that they will unveil a new area for children and families at the Oakland Coliseum this season.

The A’s Stomping Ground is currently under construction in an 18,000-square-foot area that was previously the south end of the Eastside Club, the seating area outside of the Eastside Club and the patio behind the right field flagpoles, according to the team.

There will be an inside section that has a stage, video wall and digital interactive experiences such as races against A’s players, a simulated hitting and pitching machine, and other activities.

Outside, there will be play structures, a grassy seating area for families to watch the game, and picnic tables. A’s officials said a miniature baseball field and additional play area will be added later in the season.

“The A’s Stomping Ground is designed to give kids an amazing place to play and have fun without sacrificing views of the game for the adults,” A’s Chief Operating Officer Christ Giles said in a news release.

The team is also announcing a monthly ticket subscription for families called the A’s Stomping Ground Family Pass, which is $79 per month for five months for a family of four. Families can add additional passes for children for $15 per month and additional adult passes for $29.