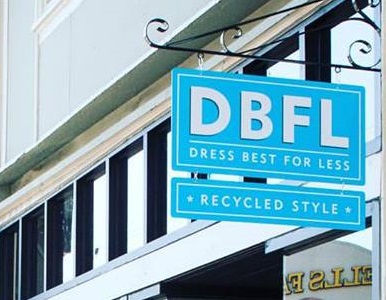 In honor of Women’s History Month, we wanted to share the origins of Dress Best for Less — and highlight the women leaders who founded it and have sustained for 37 years.

In 1982, Wendy Willrich, along with other mothers of Havens Elementary School children, started collecting clothing and household items to sell to the community in order to raise money for the schools. This was the genesis of what would later become Dress Best for Less.

They quickly outgrew the space at the school and decided to open the Dress Best for Less shop at its original location on Piedmont Avenue where the store remained for almost 3 decades until moving to its current location on Lakeshore Avenue.

For 37 years (and counting), DBFL has raised funds for the Piedmont Education Foundation. We are the single largest contributor to PEF, with donations totaling over $1 million dollars.

In addition, DBFL is proud to contribute to the community at large, regularly donating to community groups in the East Bay and beyond, such as Bay Area schools, St. Vincent de Paul, animal rescue organizations, Oakland Children’s Hospital and more.

To this day, Dress Best for Less remains a woman-run organization. The bulk of the DBFL team are volunteers, most of whom are mothers of current and former Piedmont School children. We are living proof of what a few dedicated and driven woman can accomplish.