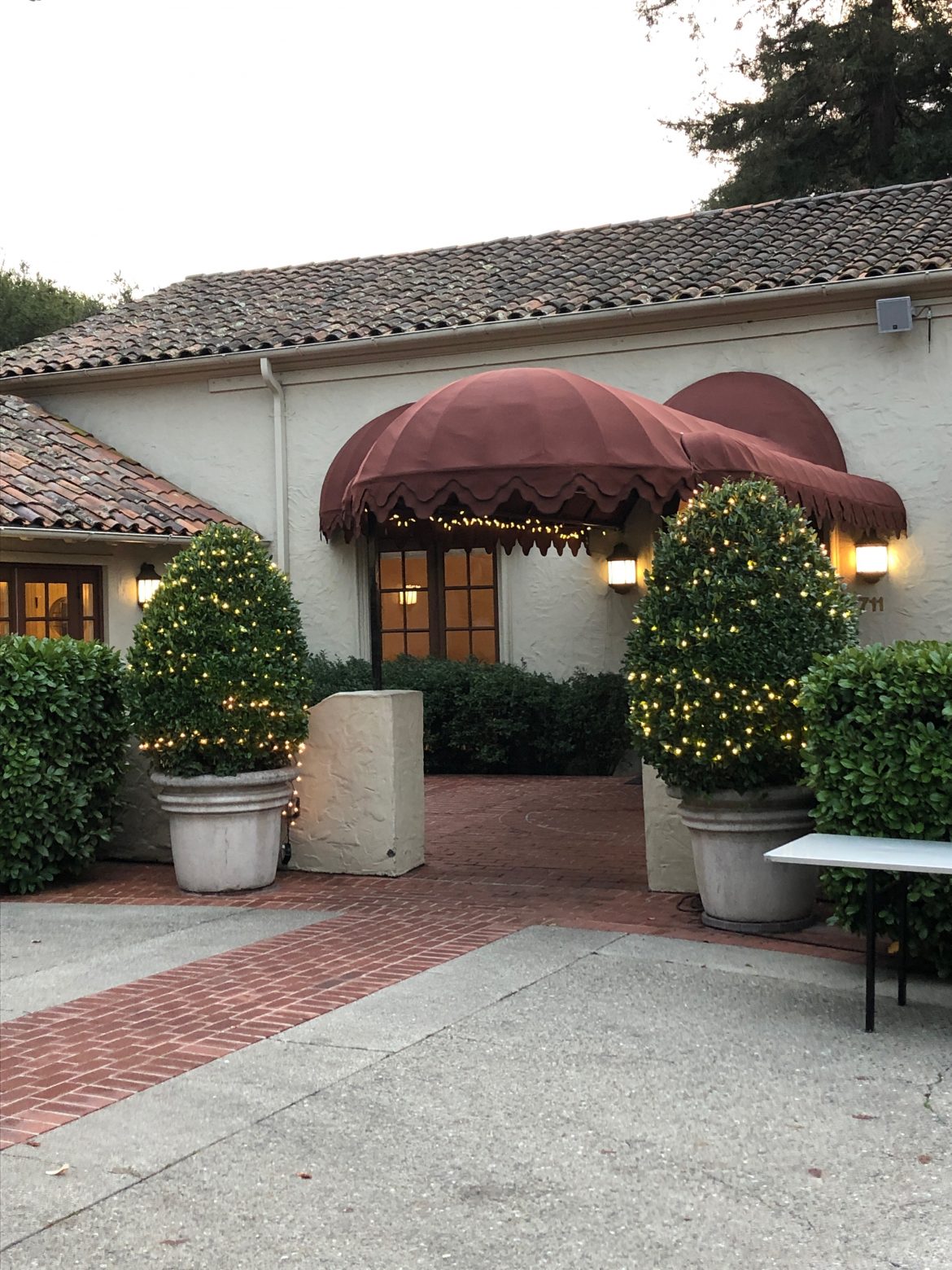 Design award winners will be honored at a March 14 gala at the Community Center.

Maybe the best measure of the success of the addition Anne Bevilacqua and Mike Smith made to their home at 110 Fairview Ave. are the comments of passersby — not that the new second story stands out, but that it doesn’t.

“People say you can’t even tell there was an addition,” Bevilacqua said.

The attention to detail that went into adding an upper floor to a home almost a century old has earned the project a city award for “Excellent Seamless Upper Level Addition.”

The Fairview Avenue project is one of four recipients of the city’s 2019 Design Awards that will be recognized at a gala at 6:30 p.m. March 14, 2019 at the Piedmont Community Hall, 711 Highland Ave.

Bevilacqua credits architect Carolyn Van Lang and contractor Ralph Tondre for their work on the project adding a 1,200-square-foot upper floor to the existing 1,590-square-foot Dutch colonial-style home built in 1923.

“My husband and I felt it could be beautifully improved,” said Bevilacqua, who has owned the home for almost 40 years.

Tondre, a contractor the couple had worked with previously, recommended architect Van Lang, who had done designs for some 70 houses in Piedmont. “She gets it” as far as knowing what will pass muster in the approval process, Bevilacqua said.

Even then, the project was sent back for some modifications when first submitted and there was also a neighbor who “vehemently objected” to the addition, she said.

But in the end what resulted was a design that the Planning Commission described as “absolutely elegant,” Bevilacqua recalled.

“Two window dormers are located on the front of the house, one with a gabled roof line and the other with a shed roof line,” according to the description from the city. “The addition adds visual interest to the house while maintaining the home’s original character. The new black windows with white trim create depth and cohesiveness throughout the house.”

The addition includes a master suite and bathroom, a great room and a library.

Bevilacqua said the lone mistake involved with the project was the couple’s decision to stay in the house during construction, which involved removal of the roof and ceiling during the eight months of construction.

“If we had to do it over again, we would not live in the house,” she said, adding “But we had very, very polite and accommodating contractor and architect.”

Was it all worthwhile? “Absolutely, even the cost,” Bevilacqua said. “We would definitely do it again.”

“This project involved a remodel in the rear yard’s landscape and hardscape to create a new outdoor living area space (that) includes an outdoor kitchen, a deck with a sitting area, a new fence, and a white stucco wall with a unique tiled water feature,” according to the city description. “The project utilizes a variety of materials and textures, such as concrete and dark wood to create a contemporary style. The property is constrained by its small size and corner lot, but the design creates a comforting and welcoming outdoor living environment.”

At 14 months, the work took much longer than original three-month estimate, running into some unexpected obstacles, David Kim said by email.

“There were several issues which caused the delay:  a city sewer line that was unexpectedly found running under our backyard; weather related delays; totally redoing the concrete work due to unacceptable quality which led to using a new concrete subcontractor, as well as several other complicating factors,” he wrote.

Helping them get through everything were Wendi Ellen Sue Architecture + Interiors and contractor Al Olzalp of Construction Republic.

“We could not have done this without our architect/designer/project manager Wendi Sue,” Kim said. “She was amazing to work with and put together a design that exceeded our expectations. She also helped us through the various delays and navigated us through the entire process to ensure that we would get the backyard that we had hoped for.”

He said the couple is “extremely happy with the results.”

“We use our new backyard as extension of our interior living space and spend as much time outside as possible,” he said. “It truly has become an oasis for us.”

“This expansive project involved relocating the garage, rehabilitating a guest cottage, and constructing outdoor living elements, including a new spa, fire pit, sport court, outdoor kitchen, and patio areas in the rear yard. The new two-car garage was seamlessly built into the hillside along the Monte Avenue frontage and has an attractive brick façade to match brickwork elsewhere on the property,” is the city description.

“We are really honored to have been selected for a Design Award!” Jen Friedman said by email. “We are thrilled with how the project came out and feel incredibly grateful for the hard work of our entire team,” which included landscape architect Jeff George, architects Bennett Christopherson and Richard Haier, interior designer Wendy Daniel, and contactor Brian Hebert of Bay Design & Build Inc.

A unique feature is a living roof atop the garage and incorporated into the rear lawn.

“Stone pavers and stone walls tie the outdoor living area into a cohesive whole,” the city comments note. “The design creates interesting and unique spaces that promote exploring this backyard.”

“This project consists of window and door modifications made throughout the house. The house was built in 1937 in a traditional style,” according to the city description. “The new windows not only reflect the style of the home but also add a modern touch. The expansive front picture window maintains clean lines, divided lights, and a substantial recess.”

Property owners Earl and Jennifer Wilson did their own design work and the contractor was Greg Hendsch of Cerulean Construction.

“The scale and placement of the windows bring the outdoors and sunlight into the house. The other windows on the property mirror the divided light pattern of the front window but also maintain an old world charm with features like shutters.”

The development of seven townhomes “is commended for the development’s integration with the surrounding community,” according to the city comments. “The style of the townhomes is reminiscent of French traditional architecture. Each townhome has distinct features such as arched entryways, shutters, ornamentation and details, and various window shapes with consistent divided light patterns. Furthermore, the garages are placed in a courtyard hidden from the street. The property owners would like to recognize their architects, Jarvis Architects, and their contractor, Ron Kriss.”

The city Building Department compiles a list of worthy projects during the year (there were an initial 25 for 2019) that is narrowed down to finalists and then judged during a tour by the Planning Commission, said Steven Lizzarago, city planning technician.

“The Planning Commission began the design awards program in 1995 to recognize excellence in design and to help engender a consciousness of design standards in the Piedmont community,” City Director of Planning Kevin Jackson wrote in a description of the program. Piedmont has an enviable architectural heritage and the Commission wanted to maintain and expand that legacy.”

In the past the awards presentation was held as part of the regular commission meeting in the City Hall courtyard.

“The reception always seemed rushed. The location was subject to the whimsy of the weather,” Jackson wrote. And it meant that the Commission meeting was longer than usual and the project applicants had to wait longer than usual for their project to be heard on that evening’s agenda.

“So this year we are addressing these issues by holding the awards ceremony indoors at the Community Hall on an evening separate from the Commission’s regular meeting. It will be a grander, catered affair that allows us more time to see and celebrate the awarded projects.”