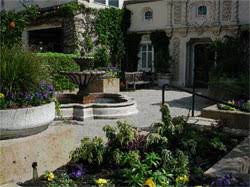 Community members are invited to review and comment on the draft Local Hazard Mitigation Plan (LHMP) which is being developed by the City of Piedmont.

Fires, earthquakes, landslides, and severe weather are just a few of the hazards to the Piedmont community. While natural hazards such as these cannot be prevented, a Hazard Mitigation Plan forms the foundation for a community’s long-term strategy to reduce disaster losses by breaking the repeated cycle of disaster damage and reconstruction. Additionally, only communities with a FEMA-approved Hazard Mitigation Plan are eligible to apply for both pre- and post-disaster mitigation grant funding.

The process began in September 2018 with an initial public meeting and the establishment of a planning committee comprised of City departments and other key stakeholders. The plan is scheduled to be finalized and submitted to Cal OES and FEMA in April 2019.

The Public Review Draft of the LHMP is available online (pdf format) here. It is also available in print at City Hall.

A final public meeting to review and provide comments on the Public Review draft LHMP is scheduled as follows:

We encourage attendance and input from the general public at our upcoming meeting.

For More Information
Contact Chris Yeager at (510) 420-3067 or email at CYeager@piedmont.ca.gov