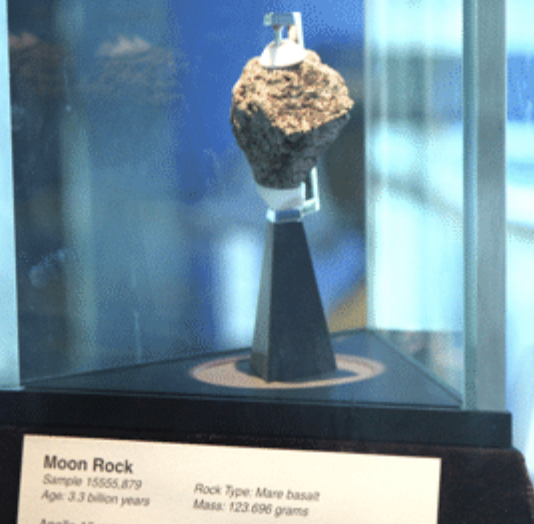 OAKLAND — The Chabot Space and Science Center received a Moon rock from NASA this past Sunday to be put on public display in celebration of the 50th Anniversary of the Apollo 9 Moon mission.

The Moon rock was collected on the Descartes Highlands on the surface of the Moon during the Apollo 16 Moon Mission in 1972.

The Moon rock will be on loan from NASA’s Johnson Space Center and was presented on behalf of the National Aeronautics and Space Administration and Schweickart.