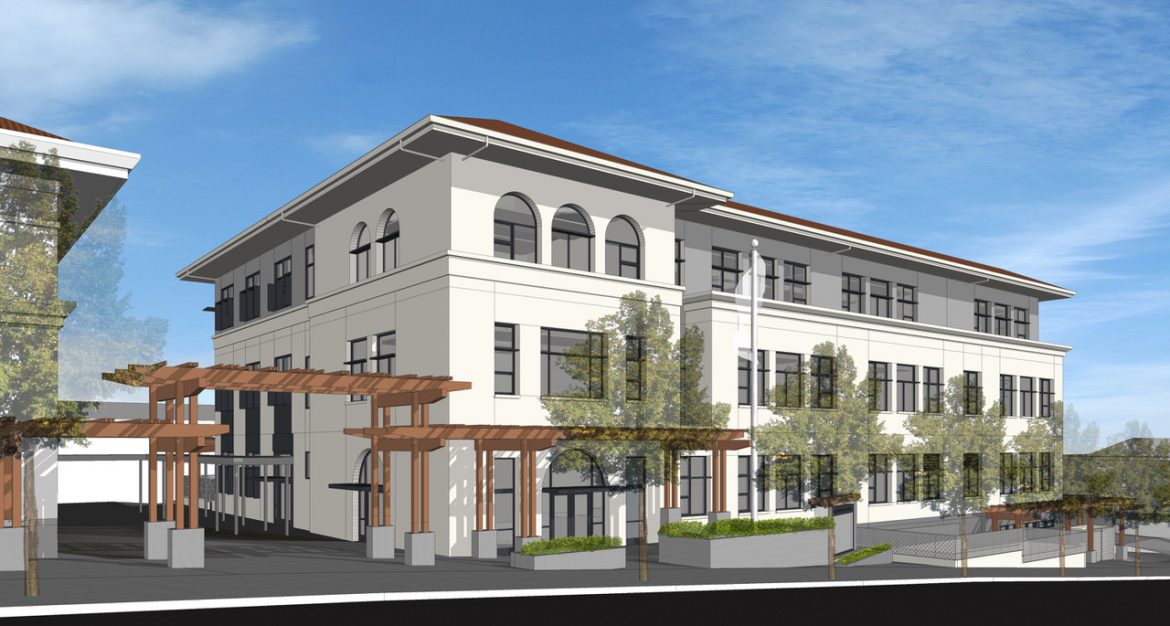 Only those trees that would be unavoidably impacted by demolition or construction will be removed. The wood will be salvaged and repurposed. Eventually, after the new school buildings are completed, the District will plant new trees on the campus and along Magnolia Avenue. The City plans to plant similar trees along the opposite side of Magnolia, creating a tree-lined corridor near the middle and high schools and the Recreation Department.

On March 12, the District will close Alan Harvey Theater permanently and begin salvaging theatrical lights and other fixtures for reuse and preparing for demolition. When the theater closes, the building site will be screened off from the rest of the high school campus, and the District and City will implement new parking, traffic, and pedestrian safety plans for the area.
More information about the plans will be available in early March.

Starting on April 13 and continuing through the schools’ spring break, the District will demolish the theater. In order to complete the work while students and staff are off campus, the crews will work every day including Saturdays and Sundays.

Construction of the STEAM building will begin this summer and the new building is expected to open in the 2020-21 school year. The new building will feature engineering, biology, chemistry, physics, and computer science labs, as well as math classrooms and studios for 2D and 3D art.

After the STEAM building is completed, the District will demolish Piedmont High School’s “10s” building and build a new Alan Harvey Theater on that site. The new theater is expected to open in the Fall of 2021.