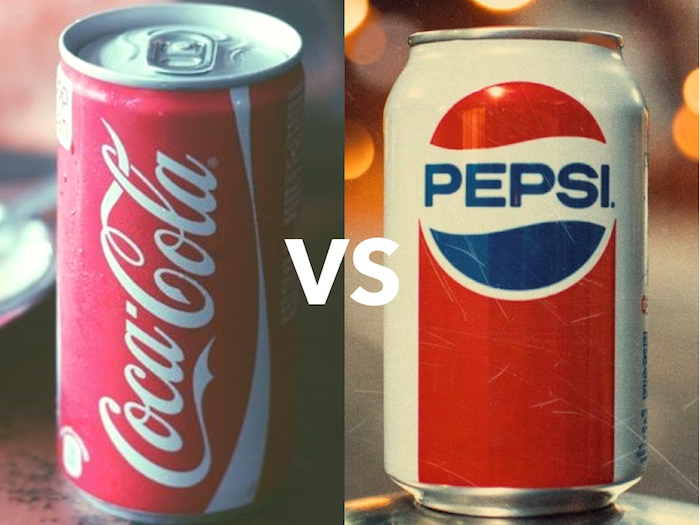 To celebrate the 53rd Super Bowl in 53 words I give you the “Top 5” Super Bowl Coke/Pepsi ads of all-time. Pepsi owns 3 of the top spots and Diet Coke’s 2018 “Mango Made Me Do It’ remains the worst Super Bowl spot ever! So while I’m more of a Coke guy, Pepsi wins this contest.

#1 Mean Joe Greene, Coca-Cola 1979
Classic. Who can forget “Hey kid, catch”. An adoring child fan offers professional football player Joe Greene his bottle of coke for which he’s rewarded with a football jersey. Mean Joe Greene reportedly drank 18 16-ounce Cokes during the shoot. He didn’t think it was right for him to spit out the product.

#2 Cindy Crawford, Pepsi 1992
Cindy Crawford, in cut-offs, drinking a Pepsi, over catchy music, on a hot day, as two boys watch on. The drink shot is as refreshing as Mean Jo Green’s Coke spot. We think the boys are ogling Cindy, until one of the boys says “Is that a great new Pepsi can or what?”

#3 Polar Bears, Coca-Cola 2013
Polar bears make a snow bear. When the family is done making it they sit down to enjoy a coke and admire their work. But something is missing. Junior whispers the answer to Dad. The red cap of the bottle becomes the nose and the coke bottle is put in the bear’s hand.

#4 Mom, He Has Done It Again, Pepsi, 1995
Back when drinking straws were okay — a young boy on a beach drinks an entire bottle of Pepsi in one take while his sister watches on. The Pepsi is so delicious the boy can’t stop sucking, he wants every last drop, he sucks so hard he sucks himself right into the bottle.

#5 The Choice of a New Generation, Diet Pepsi 1996
“Hi. I just moved in next door and I was wondering if I could borrow a Diet Pepsi.” Out of Pepsi, Michael J Fox runs to find a vending machine. He returns to find his neighbor has a roommate named Danny. He’s disappointed until he finds out Danny is actually another beautiful woman.

Matt Hofherr, a former resident of Piedmont, is the co-founder and Chief Strategy Officer of M/H VCCP, an award-winning international advertising agency.