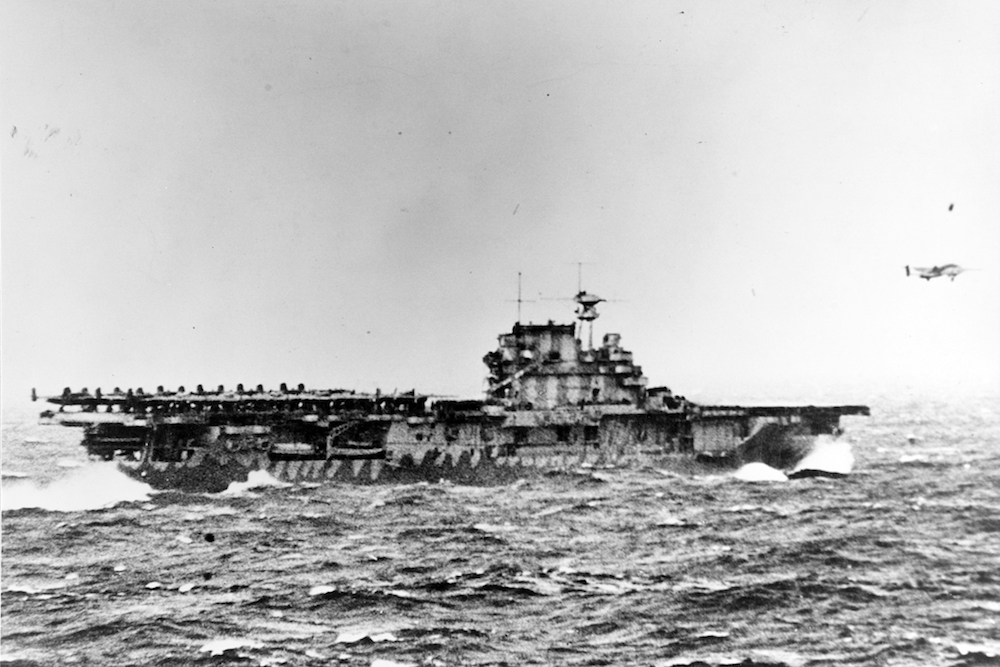 Hornet (CV-8) left San Francisco Bay on April 2, 1942, with orders to attack the Japanese mainland in what was called the Doolittle Raid, led by Army Lt. Col. James Doolittle. Officials with the museum and the U.S. Navy said the raid was the first airborne attack on the Japanese mainland and was a morale booster for Allied troops in WWII.

Almost three months later, Hornet (CV-8) was involved in the Battle of Midway, where Hornet (CV-8) and three other U.S. carriers sunk four Japanese carriers, according to the U.S. Navy. Some historians consider the battle the turning point in the war, according to museum officials.

Then on Oct. 26, 1942, during the Battle of the Santa Cruz Islands, Hornet (CV-8) received several direct strikes from enemy aircraft and sunk.

U.S. Navy officials said Hornet (CV-8) was discovered last month and lies 5,400 meters below the surface near the Solomon Islands in the South Pacific. [LEARN MORE about USS Hornet (CV-8)]