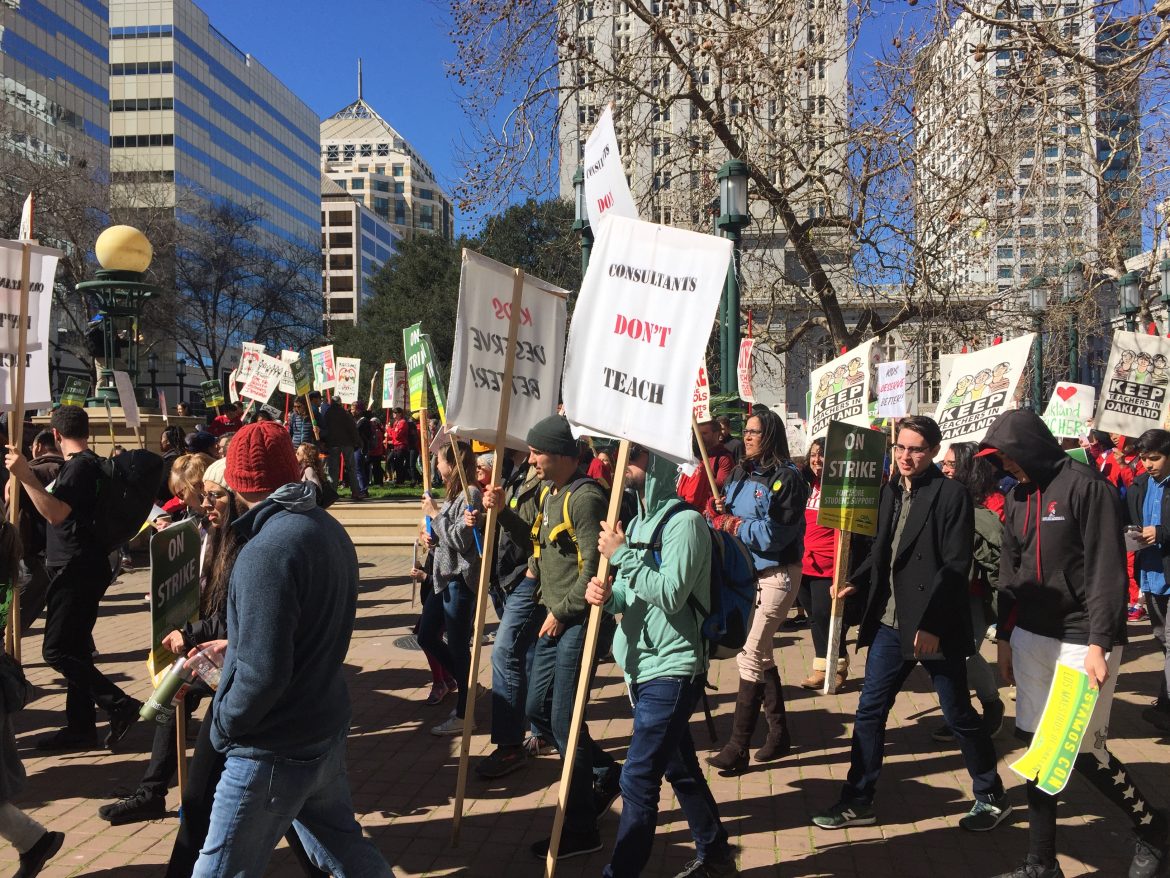 Feb 21, 2019
OAKLAND — Nearly 1,000 Oakland public school teachers, students, parents and others rallied outside Oakland City Hall on Thursday in support of a teacher strike that began earlier in the day.

Keith Brown, the president of the Oakland Education Association, which represents the school district’s 3,000 teachers, said at the rally in Frank H. Ogawa Plaza, “This is one of the most inspiring days of my life and we are making history today.”

The strike, which occurred after two years of failed negotiations between the union and the school district, is the first potentially long-term walkout by Oakland teachers since 1996, when they went on strike for more than two months. Teachers staged a one-day strike on April 29, 2010, to protest stalled contract talks and the school board’s decision to impose a contract on the union.

Brown said on Wednesday that the union is hoping that the strike is short but said its length is “indefinite” and will last for more than one day. He also said the two sides will meet again at 9 a.m. Friday.

Looking at the large crowd that gathered at the plaza beginning at 11:30 a.m. Thursday, Brown said, “We need the school board and the superintendent (Kyla Johnson-Trammel) to see the unity we have today.” Brown said, “We want to ask them which side they are on.” After Brown spoke, a band played and people sang an old protest song made famous by folk singer Pete Seeger called, “Which Side Are You On?” The lyrics were modified to include references to themes in the Oakland teacher negotiations.

The teachers’ union is seeking a 12 percent pay raise over three years and the district previously offered a 5 percent raise over three years. But Brown said Wednesday that the district has made a new offer of 8.5 percent over four years. However, he said that’s still not enough to meet the union’s demand for a living wage that addresses the high cost of living in Oakland.

After the rally at Frank Ogawa Plaza, striking teachers and their supporters walked on Broadway for several blocks to the school district’s office at 1000 Broadway, where they continued their rally.