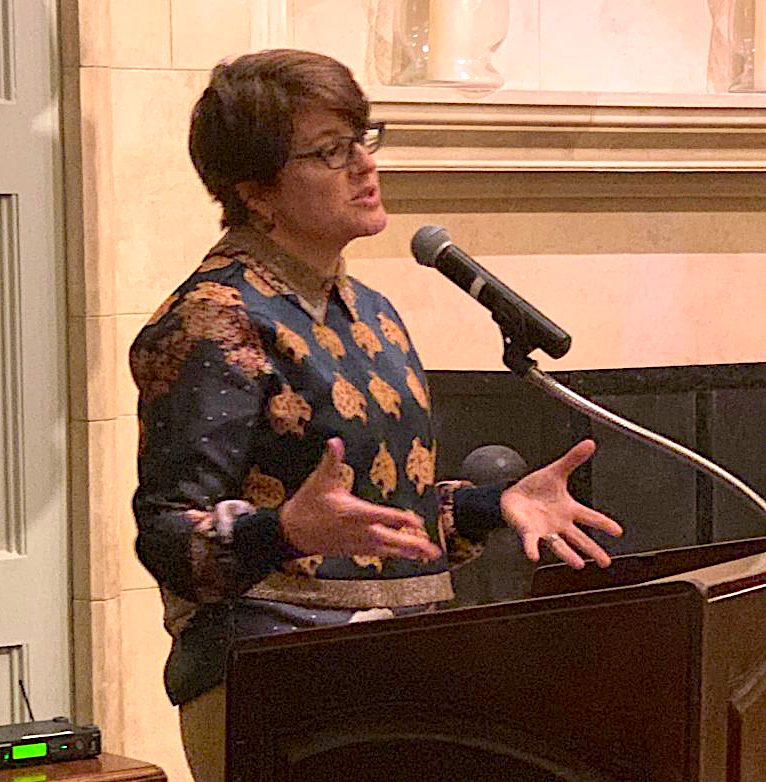 Best-selling author and Piedmont resident, Kelly Corrigan, spoke at the Claremont Country Club on February 7.  The well-attended event was organized by the club’s Entertainment Committee and was part of the Claremont Speaker Series.

Corrigan spoke about the recent deaths of her father, George, and a close friend, two events which eventually led to her writing her most recent book, Tell Me More.