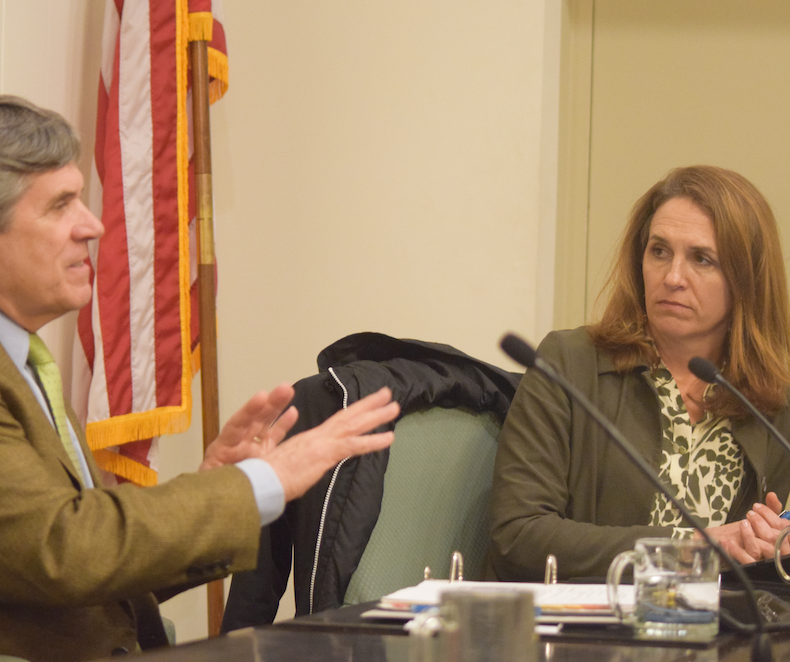 At a 20-minute special meeting, the council voted to spend up to $30,000 to hire Peckham and McKenney Inc. to recruit the successor to Benoit, who in January announced his intention to retire at the end of June. Benoit, 64, has been Piedmont’s top manager for five years. The firm would charge $26,000, and the rest figures to be spent on candidate travel and other expenses.

The goal, Mayor Robert McBain said, is to have Benoit’s successor in place sometime in May, so there is some overlap time during which the new person can work with Benoit before he retires.

City staff had recommended hiring Peckham and McKenney Inc. to recruit the next city administrator. Benoit, 64, has been Piedmont’s top manager for five years.

The council also created a subcommittee of McBain and Vice Mayor Teddy Gray King to work with Peckham and McKenney President Bobbi Peckham during the recruiting process.

“She has proven to be a great choice, and a reasonably priced one,” Gray King said Monday. The fact Peckham is already familiar with Piedmont should also help shorten the hiring process, McBain and Councilman Tim Rood said.

“I think time is of the essence and I’m all for it,” Rood said.

Peckham and McKenney’s anticipated duties will include creating a candidate profile, developing a recruitment brochure and advertising campaign, screen and select top candidates and write a report about each one, do detailed background checks and help the city with negotiations on final employment terms.

Benoit said Peckham and McKenney Inc. does enough city administrator/manager searches to know the candidates available, and make them aware of the Piedmont opportunity. Bobbi Peckham, he said, would likely narrow the applicant field to 10 to 15 candidates, and then further narrow down that total to perhaps five hopefuls for the council to interview.

Council members said they want Benoit to be part of the selection process, too. “I think there are very few people in this city who have a better idea of what a city administrator does,” McBain said.

Council members said Monday night they want to make sure they make a good hire.

“This is one of the decisions that this council will be remembered for,” Rood said.

Benoit’s retirement figures to be the end of an almost- 40-year career in city administration, but in a January interview he said it’s possible he’ll do some short-term “interim” work in the area near Astoria, Ore., to where he and his wife will retire.