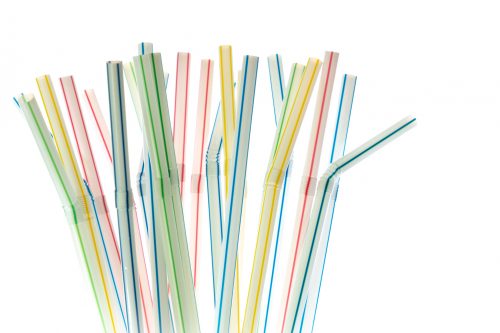 In with craft booze, out with straws.

One thousand sixteen aspects of California life evidently needed fixing in 2018. That’s the number of bills Gov. Jerry Brown signed into law last year. Most take effect today. Many are narrow, affecting interests that pushed for them. Some are sweeping, such as those that dealt with wildfire and climate change. A few directly affect you, though, and we’ve made them the focus of the first New Laws edition of WhatMatters.

In with harassment training, out with secret settlements.

In with a wage bump, out with unpaid OT.

Getting from here to there

Out with the white HOV decals, in with the red.

In with active shooter drills, out with ‘seclusion rooms.’

Out with under-21 gun sales, in with firearm training.

Out with bots, in with expunged weed records.

In with rescues at pet stores, out—still—with ferrets.

Dan Walters, CALmatters: While 2018 has been a pivotal year in California’s political history – particularly the Republican Party’s losing half of its congressional seats – 2019 may be even more significant. The state’s politics will likely be dominated by two rolling events: the beginning of Gavin Newsom’s governorship and California’s bid to become a factor in presidential politics.

Please email or call with tips, suggestions and insights, dmorain@calmatters.org, 916.201.6281. Shawn Hubler, shawn@calmatters.org, edits WhatMatters. Thanks for reading, please tell a friend and sign up here.