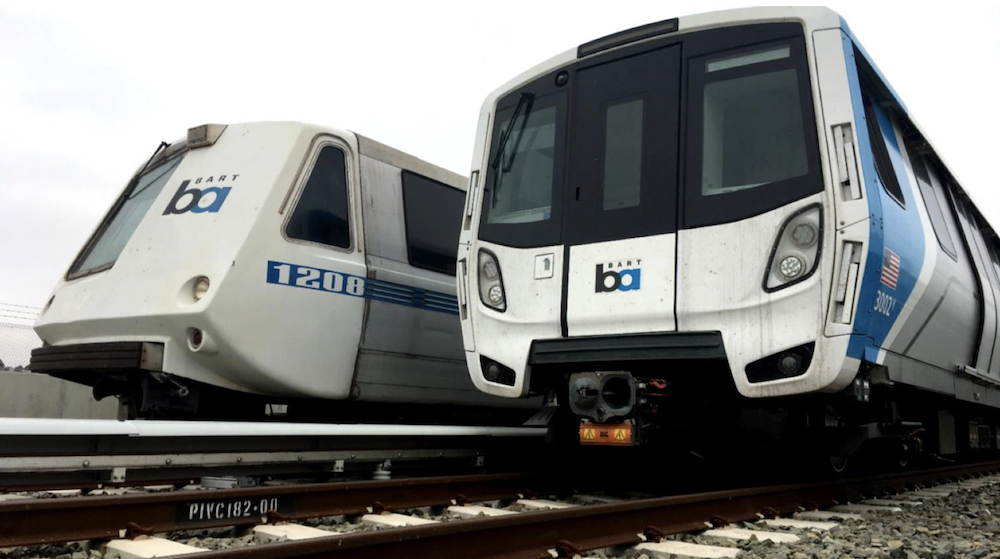 OAKLAND (BCN) – Homeless shelters, taco trucks, scrap metal — these and other possibilities were discussed at a BART board meeting Thursday morning for what to do with hundreds of old, soon-to-be-junked legacy BART cars.

“I went to an event the other night and five people came up to me just to share their ideas for old cars,” BART Director Rebecca Saltzman said at the presentation, which was strictly informational in nature.

Most of the system’s 669 banged-up, worn-out old cars,some almost 50 years old, are set to be retired by August 2023, BART special projects manager Philip Kamhi told the board at the meeting, which was attended by about 30 members of the public. Kamhi is in charge of the decommissioning of the train cars.

The retirement of the original BART cars, the oldest of which ushered in BART service in 1972, is expected to be staggered over the next four years. Retirements are scheduled to accelerate in mid-2020.

“We would like to get a few of these cars and preserve the incredible technology that went into them,” said Robert Simon, who attended the meeting on behalf of the Western Railway Museum in Suisun City.

The Oakland Museum of California and the California State Railroad Museum in Sacramento were also mentioned as possible homes for old cars. Using the cars to create an artificial reef in the ocean is out because the BART fleet is primarily aluminum, Kamhi said. “The BART fleet was made of aluminum to keep the weight down to keep the cars moving fast, as opposed to steel which is often used in similar fleets,” he said.

The San Francisco Fire Department and other fire departments have spoken with BART Board President Bevan Dufty about using the cars for purposes such as training exercises, Dufty said.

Dufty also suggested that Kamhi take the presentation to local homeless boards. The idea has been floated to use the cars for temporary or emergency housing.

“Do we have a ballpark on the fair market value?” Saltzman asked. Kamhi said one car could be worth zero to $15,000. BART will put 10 cars on the market this summer as a pilot project to get an idea of the market value.

If a car is worth more than $5,000, the Federal Transit Administration may be entitled to a cut of the proceeds because the agency chipped in to help BART buy or rehab some of the cars. BART rider Lisa Hart of Pittsburg said she’d like to see the legacy cars used for a variety of purposes.

“Housing the homeless, going to museums, making them into art pieces” are all good ideas, Hart said after she exited a BART station in downtown Oakland Thursday morning.