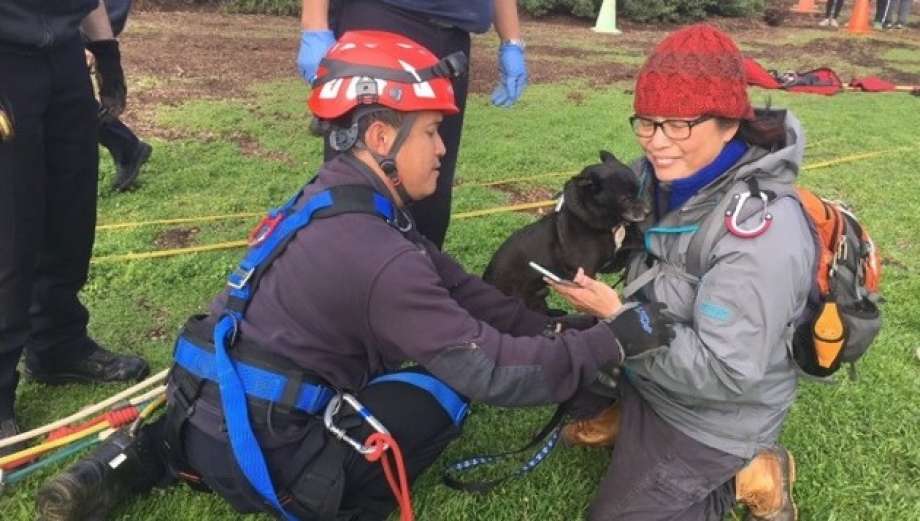 Courtesy of the SF Fire Dept

Duck the dog, safe at last

Duck’s humans were at Fort Funston, part of the Golden Gate National Recreation Area, Saturday afternoon when their little dog – which apparently was not on a leash – wandered away and onto the steep (and hard to access) cliffs.

The dog spent the night there, but was spotted Sunday morning by people hang gliding nearby, who told firefighters where Duck was, firefighters said. A cliff rescue ensued, and Duck was hauled up about 2:30 p.m. Sunday, apparently physically fine.

Dogs are allowed to go off-leash in that part of Fort Funston, fire department Lt. Jonathan Baxter said Sunday, but added that keeping them on a leash near the cliffs is probably a good idea.