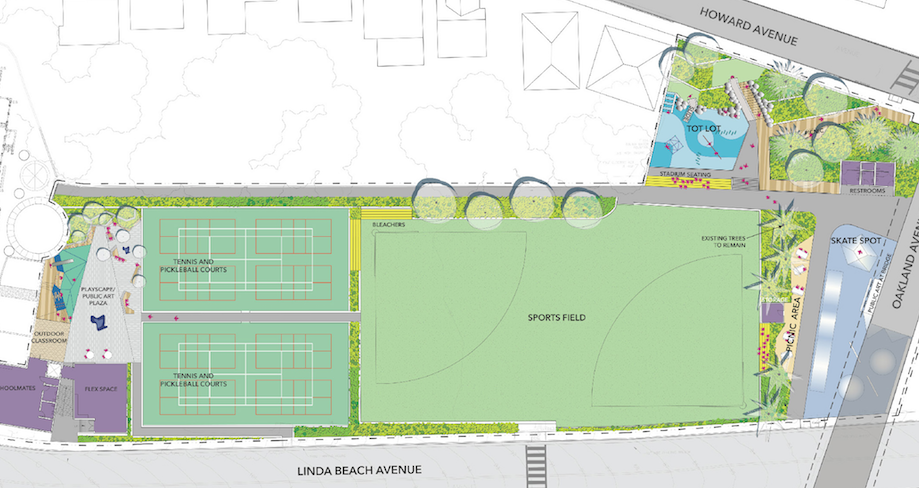 An overarching plan for renovations and development at the Linda Beach Playfield and Park, which sits adjacent to Egbert W. Beach School, are on the agenda for Tuesday night’s Piedmont City Council meeting.

Linda Beach Playfield and Park has been an active play space for roughly a century. This proposed master plan would address all areas of the park, from the adjacent Oakland Avenue Bridge to Beach School, from Howard Avenue to Linda Avenue. It would not include the playing field, which has been renovated recently.

Conceptual plans developed by Groundworks Office, working closely with the City of Piedmont.

The renovation project started in November 2017 with a community meeting. Based on feedback presented there, Berkeley-based landscape architecture firm Groundworks presented three conceptual ideas at a second community meeting in January 2018. Robust feedback from this meeting, combined with an online survey which received over 250 responses and two joint Piedmont Parks Commission/Recreation Commission meetings where the plan was discussed, led to the creation of (and revisions to) this master plan.