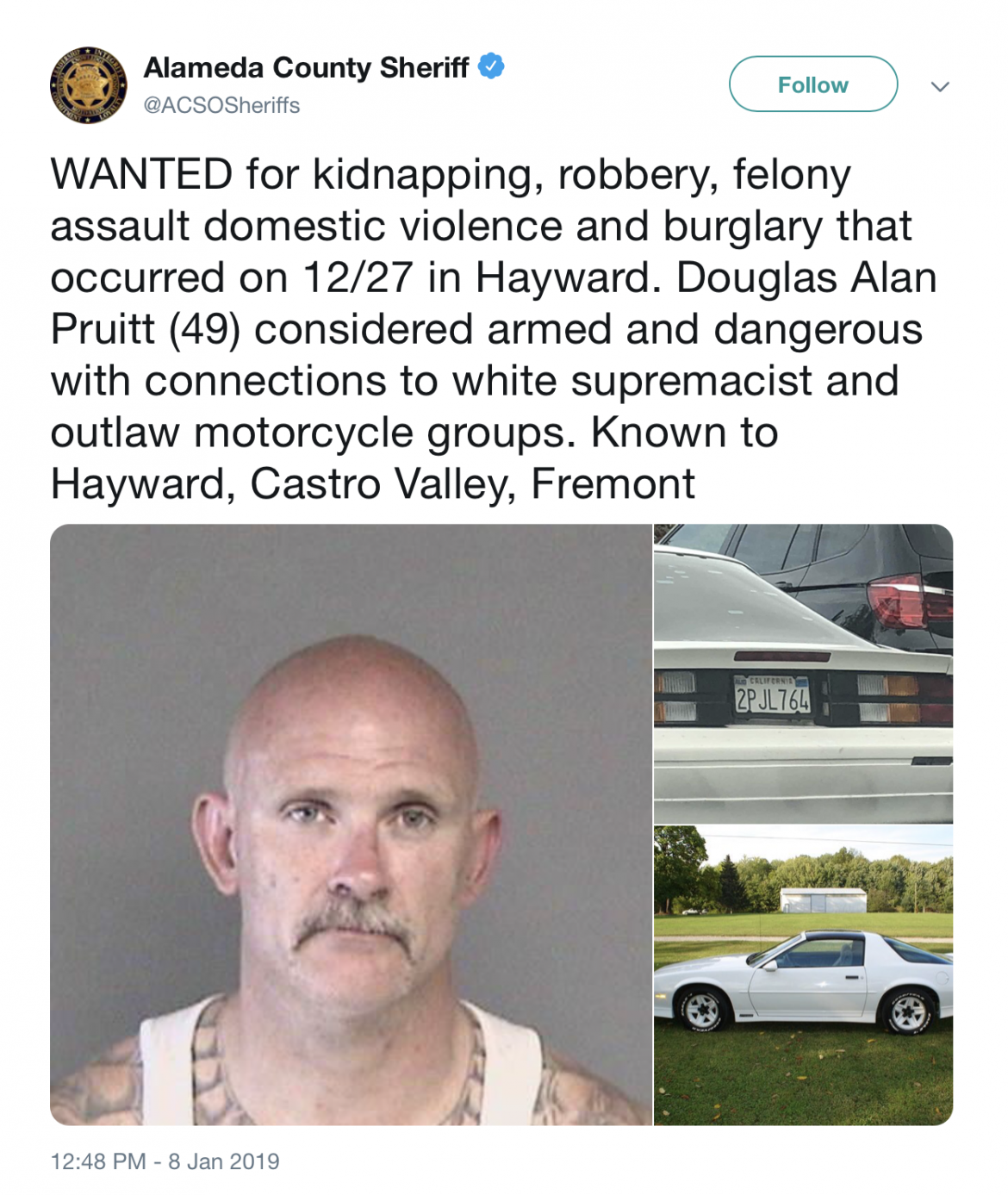 Douglas Allan Pruitt, 49, of Hayward, should be considered armed and dangerous

Jan 8, 2019 – The Alameda County Sheriff’s Office is asking for the public’s help in finding and arresting a man who allegedly violently attacked a woman in the Cherryland neighborhood in unincorporated Hayward on Dec. 27.

Douglas Allan Pruitt, 49, of Hayward, should be considered armed and dangerous and has connections and associations with white supremacist and outlaw motorcycle groups, sheriff’s spokesman Sgt. Ray Kelly said.

Kelly said an arrest warrant has been issued for Pruitt for charges of kidnapping, robbery, felony assault, domestic violence and burglary. He said investigators believe that Pruitt is on the run from law enforcement and is known to frequent Hayward, Castro Valley and Fremont.

The sheriff’s office released an image of Pruitt’s vehicle: a white 1989 Chevrolet Camaro RS with California license plate No. 2PJL764 with an August 2019 registration.