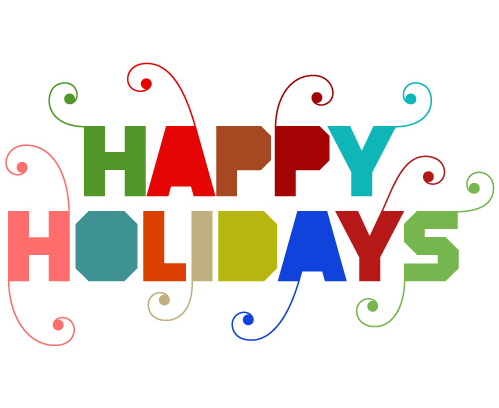 The year is filled with religious, cultural, and civic holidays, but December and January are by far the busiest months in a diverse calendar trying to keep up with America’s multiculturalism. Christmas alone is celebrated on four different days, depending on your church’s tradition. When we embrace it, our diversity of holidays becomes a central part of our cultural heritage as Americans.

We are a nation of immigrants, and no time of the year highlights our many colors quite like the holidays. Christians celebrate Christmas, but there’s also St. Lucia’s Day, a religious festival of lights when Scandinavians and Italians commemorate the martyrdom of St.Lucia, a young Christian girl who was killed for her faith in 304 AD. We mustn’t forget the Feast of Our Lady of Guadalupe, a religious holiday when Mexicans celebrate the appearance of the Virgin Mary near Mexico City in 1531. These are just a couple of the many Christian celebrations during the holiday season.

Jews are the second largest organized religious group in the nation after Christians. At the end of November or during December, depending on the year, they celebrate Hanukkah for eight days and nights. Hanukkah commemorates the victory of the Maccabees or Israelites over the Greek-Syrian ruler Antiochus about 2200 years ago, and the subsequent miracle of rededicating the Holy Temple in Jerusalem and restoring its menorah, or lamp.

Living in the U.S. I made friends from India who commemorate Bodhi Day, a holiday observed by Buddhists. It marks Siddhartha Gautama’s enlightenment under the Bodhi tree in Bodhgaya, India. My Iranian friends enjoy Shab-e Yalda, an inter-faith winter solstice celebration in honor of the sun’s rebirth, when they eat nuts, fresh and dried fruits, and read beautiful and provocative poetry from Hafez.

As a Catholic who grew up in Brazil, when I sit down to write over a hundred greeting cards I mail every year during the holiday season to family and friends, it would be easy to write “Merry Christmas”. Then I think how lucky I am for having met so many great people from different backgrounds whom I learned to admire, and I choose to honor and respect all of them by saying “Happy Holidays” instead. Writing those cards reminds me that I belong to a wonderfully intricate tapestry of a country with a multicolored pattern, as opposed to a plain one-color-suits-all one.