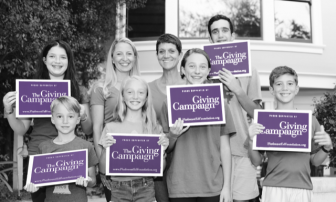 Ruth Alahydoian has only held the position of Chief Financial Officer of the Piedmont Unified School District (PUSD) since July of 2018, but she already has a firm understanding of the incredible complexity and challenges of the district’s financial situation. Her depth of experience with the Alameda County Office of Education, Oakland Unified School District, and 18 years as an advisor on bond programs – including the H1 bond measure in Piedmont – set her up to hit the ground running. Though the funding situation for PUSD is “in crisis,” Alahydoian is not deterred.

Today, it costs PUSD over $40 million to educate students annually. The net government funding is declining even as basic expenses continue to rise, with less than 60 percent of the costs to run the district coming from government sources. The remaining 40 percent comes from community support in the form of donations and the local parcel tax. Alahydoian confirms PUSD’s greatest challenge is ensuring that the district is one that “…reaches all students and maintains its high standards and reputation.” This is increasingly difficult as the State of California is focusing its limited resources on kids with certain specific needs. Further, cost increases, specifically around funding California’s underfunded pensions are “really hitting us”, says Alahydoian. The amount PUSD pays to California has increased from 8 cents per salary dollar just a few years ago to 16 cents on the dollar today.

That said, she is grateful to the generous community in Piedmont which steps up year after year to contribute to the Piedmont Education Foundation (PEF). Alahydoian says PUSD now “relies on funds raised through the community” to support programs like libraries, counselors, electives, and professional development for the teaching staff. Alahydoian mentions, “85 percent of the PUSD budget goes to employee salaries and benefits.” Without fundraisers like the Giving Campaign, “Our district would look very different.” For now, Alahydoian is energized to tackle the budget challenge alongside her colleagues Superintendent Randy Booker and Assistant Superintendent for Instruction Cheryl Wozniak. “I was so excited to work more permanently in Piedmont. There are budget challenges facing public schools throughout the country, and Piedmont has the strongest grass-roots efforts I’ve experienced.” Learn more about how the Piedmont Education Foundation supports essential programs at Piedmont’s schools and make a tax-deductible contribution today.