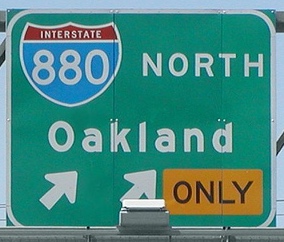 OAKLAND (BCN) – CalTrans this week opened the newly constructed Interstate Highway 880 northbound off ramp at 29th Avenue in Oakland, the agency said in a news release. The off ramp, part of a project of ongoing safety improvements at 23rd and 29th avenues that began in 2014, opened to traffic on Thursday.

In conjunction with the opening, Caltrans closed the 23rd Avenue off ramp to complete a soundwall between East 9th and East 10th streets. That off ramp is scheduled to reopen Jan. 20.

The entire project is expected to be completed in late fall 2019. More information on the project can be found at http://www.dot.ca.gov/d4/88023rd29thovercrossing/.