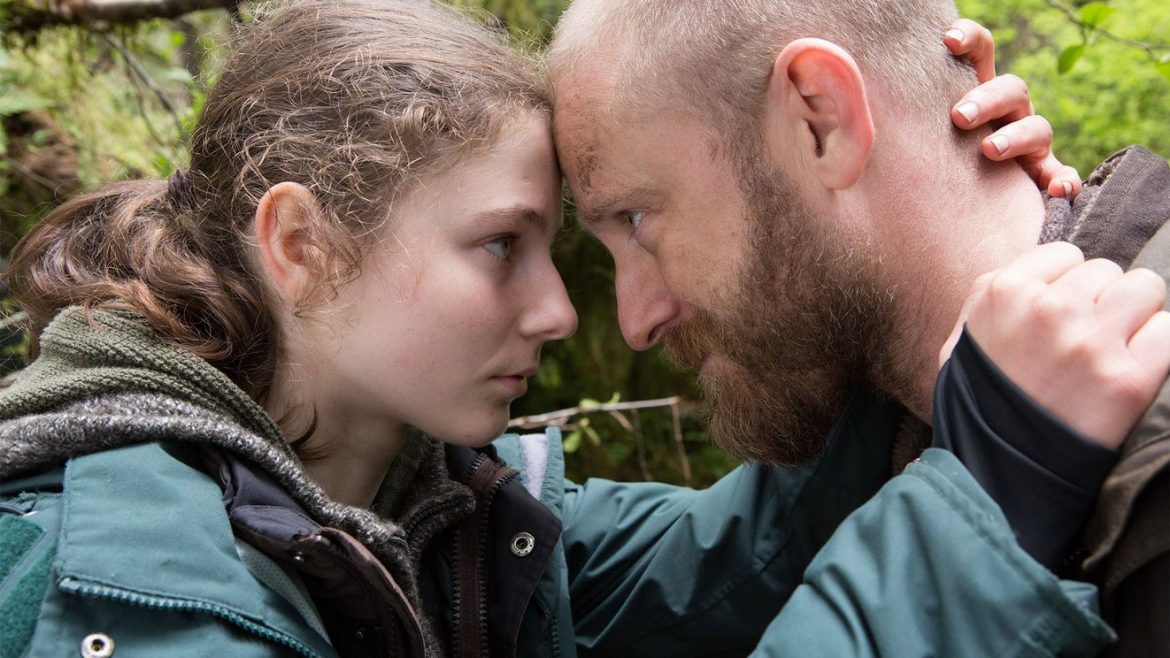 Leave No Trace is a beautiful, thought-provoking, heartbreaking but ultimately uplifting film from early 2018. Set in the woods in Portland and Washington state, it addresses homelessness, mental illness, materialism, freedom, and the ties that bind parents and children. If the weight of these topics hasn’t already scared you away, the film is suffused with a fundamental good will that raises the spirits in this often-dispiriting time.

Directed by Debra Granik (who also made Winter’s Bone, Jennifer Lawrence’s breakout 2010 performance), the film features Ben Foster (recently seen in Hell or High Water from 2016) and newcomer Thomasin Harcourt McKenzie as father Will and 13-year old daughter Tom. Leave No Trace begins with Will and Tom living in a tent deep in the forest outside Portland. We get no explanation as to why they are there, the root cause of Will’s fragile mental health, or why Tom’s mother is absent. But we do see them living expertly off the land, with occasional shopping trips into Portland. They are briefly separated when local police discover their campsite, but are soon reunited. They then journey together from one temporary home to another until each of them is forced to decide whether it’s more important to stay together or follow their own separate paths.

Ben Foster is restrained yet powerful as he struggles with Will’s personal demons. He’s a man of few words, but his face eloquently registers his anguish trying to reconcile his care for Tom with his profound need to keep moving, whether with or without her. Thomasin McKenzie is a revelation. She plays a Tom mature beyond her years, nursing Will back to health, both mental and physical, while simultaneously aching for additional human connection.

Despite its quiet, contemplative tone, Leave No Trace raises intense, often disturbing questions: Is Will a good father? Does his need for independence and his apparent mental illness put Tom at risk, or constitute child abuse? How do we distinguish between wants and needs? How important are the judgements of others?

The most affecting part of the film for me, though, is the basic decency of the characters. This is especially striking given their places on the margins of society. There are points in the story where another writer and director might have introduced gratuitous violence or abuse. But here, after Will and Tom are reunited, social workers care enough to give them a thoughtful placement and support with a home and employment.  An earnest teenager befriends Tom, introduces her to the local 4H club, and shares his other interests and dreams with her. A truck driver who gives Will and Tom a ride first astutely confirms that Tom isn’t being abused, then lets her sit with his dog while he warns Will earnestly about the dangers of opioids. And a doctor, beekeeper, landlady, and the other residents of a trailer park are all ready and willing to share what little they have.

This kindheartedness also brings to mind one of my other favorite movies, Lars and the Real Girl (2007). This film stars Ryan Gosling as a social misfit who buys an inflatable doll to be his girlfriend. Despite the potentially absurd premise, there’s an indelible scene when Lars attends a party with the doll, and everyone treats him, and “her”, with the utmost respect and compassion. It’s probably unrealistic to hope for in our fractured times, but it would be so refreshing if more of our relationships with others featured the simple kindness and acceptance presented so deftly in Lars and Leave No Trace.

NB: Leave No Trace is based on the novel My Abandonment by Peter Rock (2010), which is also worth a read if you like the movie.