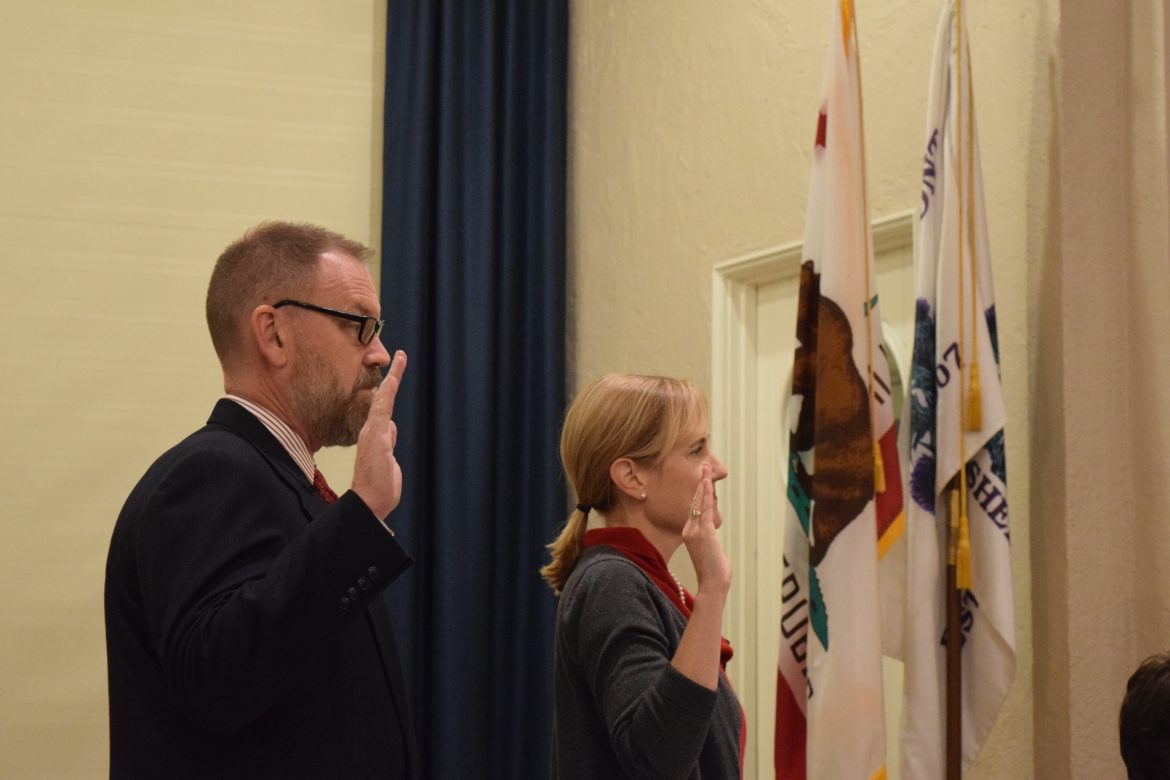 Tim Rood and Betsy Andersen were sworn in to new four-year terms in 2018.

While nothing really changed Tuesday about the makeup of the Piedmont City Council, its members said they have a number of changes in mind for their city over the next few years, including continuing to rein in city employee pension costs, improvements to the city’s swimming pool and other public spaces and bolstering the city’s pro-environmental mission.

At the city council’s special reorganization meeting Tuesday night at the Community Hall, Mayor Bob McBain said he and his fellow councilors need the help of all Piedmonters to make these things happen.

“It’s what I call reinvestment in the community, and it’s a big task,” said McBain, who was unanimously chosen Tuesday night by the five council members to serve as Piedmont’s mayor again this year. “How do we do it? We all do it.” 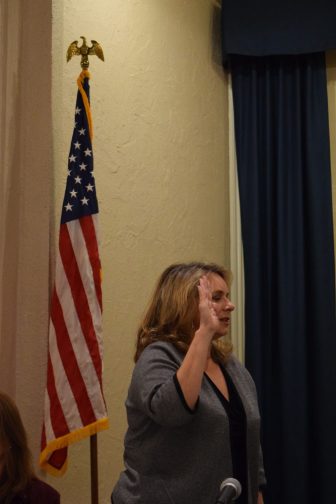 Teddy Gray King sworn in to her second four-year term on the council.

About 75 people attended Tuesday night’s special council meeting, at which Teddy Gray King, Tim Rood, and Betsy Smegal Andersen were formally sworn in to their new terms, and King was elected by her colleagues to again serve as vice mayor for the coming year. Officially, the formal meeting took 35 minutes, after which time council members, city staff and guests retired to a party (also at the Community Hall) and catered food and wine.

King, Rood and Andersen were all re-elected to the council in November. King and Rood are beginning their second four-year terms, and Anderson her first elected term. She had been appointed in October 2017 to replace Jeff Wieler, who had resigned two months earlier after an uproar over his Facebook posts that took shots at Black Lives Matter, Democrats and transgender people.

McBain alluded to that episode in his public remarks Tuesday night, mainly to say that the city’s gotten past that and other situations that have caused division.

“I think we came out in many ways stronger,” he said. “I think that reflects on us pretty well.”

It will take everyone pulling in one direction, McBain and others said, to do the things they think are important for Piedmont’s future. Among the goals mentioned were fixes to the community pool, upgrades to lighting at Coaches Field, major work needed at several city-owned public buildings including the Veterans Memorial Building, progress on the city’s  and upgrades to Piedmont’s “miles of sidewalks,” and continued efforts to improve the city’s pedestrian- and bicycle-friendly status, and its place as an East Bay environmental leader.

Some of those actions, they said, are largely up to city leaders. Notable among those: Continuing to reduce the city’s employee pensions (“unfunded liabilities”) in ways fair both to the city and its workers. Other tasks have been, and will be, largely up to the citizenry. Rood thanked Piedmont citizens for voting to approve Measure F, a parcel tax increase to pay for essential city services, in 2016.

Rood also applauded residents’ involvement in their city government. He noted that higher voter turnout — almost certainly prompted by a move of council elections a few years ago from March to November — means that candidates should expect to need 4,000 votes to win, in a city of fewer than 12,000 people.

“I think it’s great that we’ve had that added participation in the community,” Rood said.

And one project, a recently approved long-term plan to improve the city’s tennis facilities, is a joint public-private partnership.

Council members said they are happy to be part of it all.

“People here truly care about their small town, and about one another,” Smegal Andersen said. 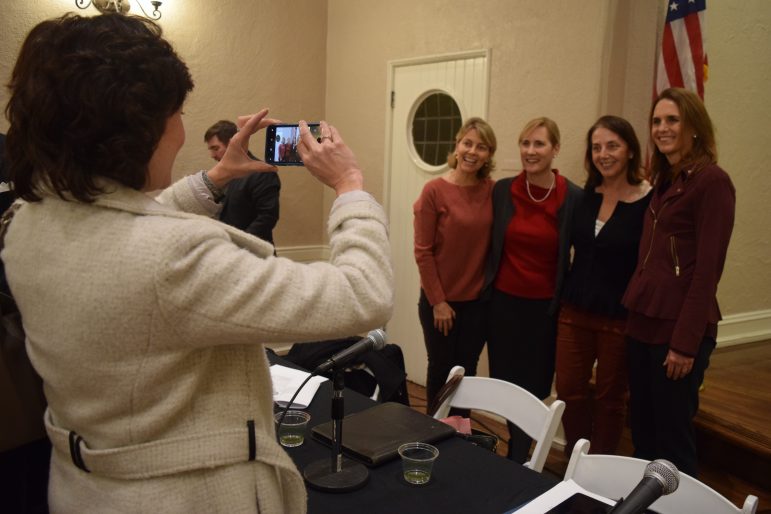