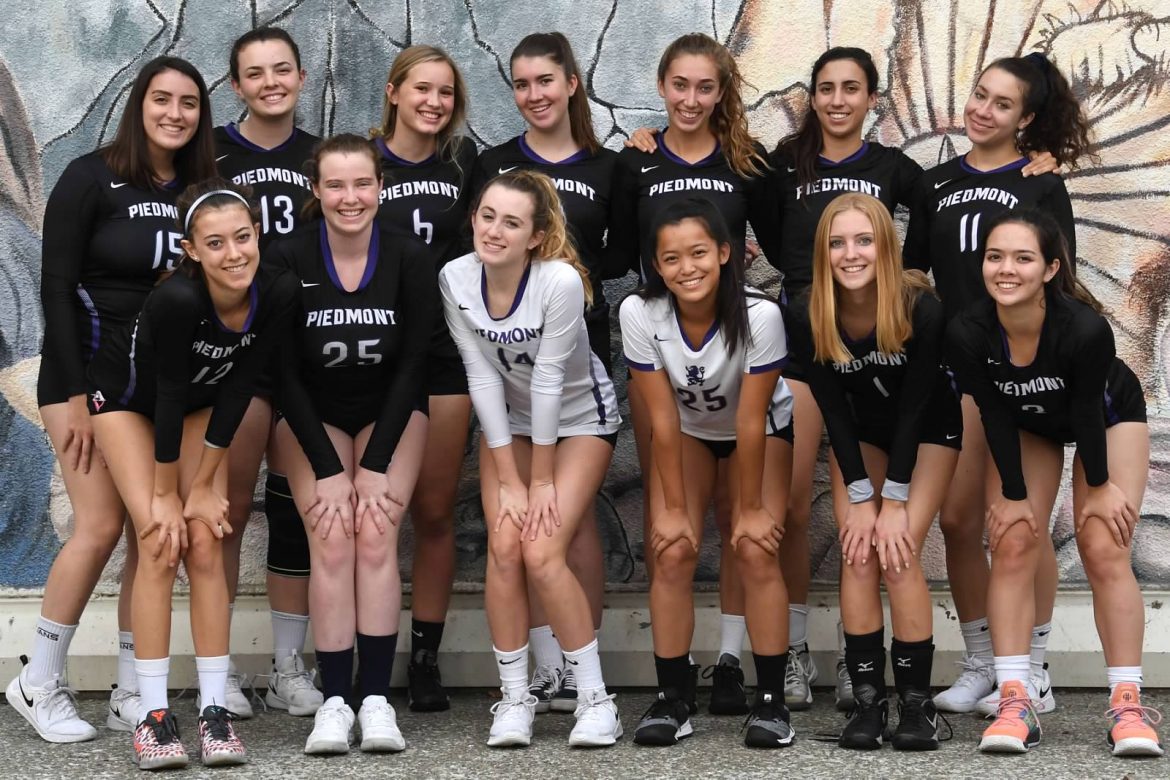 The Piedmont High School women’s varsity volleyball team started strong with opening wins against St. Mary’s and Head Royce this past fall, and expectations were high that the varsity team would continue to exhibit some high level play. “It was a great way to begin our season,” said Coach Alison West. Sadly, this hot start did not last as they traveled to Northgate High School in Walnut Creek and Redwood High School in San Rafael where the Highlanders were outmatched against these powerhouse volleyball teams.

The Highlanders did manage to take a match off of Northgate and they fought as hard as ever, but could not sustain the heavy hits from Northgate and had trouble getting any blocks up. The two losses to Northgate and Redwood seemed to cause the Highlanders to lose their momentum, as they took a hard loss to Arroyo right after, a game that they had expected to win easily. At the same time, a couple of their top players suffered concussions and other injuries and the team struggled to come together and find a way back to the cohesive fighting team they had at the start of the season. They fought hard to regain their footing and they soared back with wins against San Leandro, Alameda, and Tennyson toward the end of the season.

The next few games against Bishop O’Dowd, Berkeley High, and Castro Valley proved to be tough competition and Piedmont suffered consecutive losses. The match against O’Dowd was tight and it looked like the Highlanders might pull out a win as they almost took the Dragons down in their first match, but ultimately Piedmont could not prevail. With wins against Alameda, Tennyson, and San Leandro, they managed to pull up the win column, but the season ended with a disappointing 11-15 (4-6 in league) season overall. With the final wins of the season however, the women’s volleyball team made it to the first round of the NCS championships to face Cardinal Newman High School in Santa Rosa. They played well, but could not sustain the previous wins and were knocked out after the first round of NCS.

The Highlanders, with five graduating seniors, captains Zoe Kimball and Olivia Theut, Chloe Tjogas, Lili Brien and Kylie Heller, exhibited a fighting spirit throughout the season. The loss of these five seniors will be tough shoes to fill next season, but there are strong players remaining. The returning players include juniors Daniela Skov, Colby Francis, Jace Porter, Kate Goldberg, Logan Thiel, Mara Liang-Jones. The upcoming freshmen and sophomore classes have shown some real talent. The Highlanders are hoping to continue building the women’s volleyball program in the coming years and have their sights set on going deeper in the NCS bracket next year.