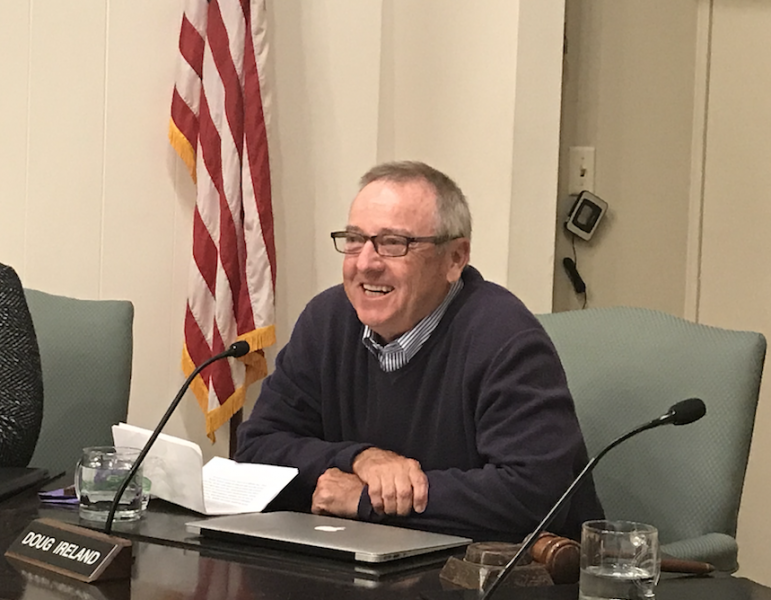 PIEDMONT – Decked out in a purple shirt and his trademark purple “campaign shoes,” outgoing schools Trustee Doug Ireland was the man of the hour at his final school board meeting November 28. 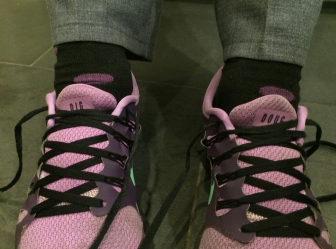 A happy mob turned out on a rainy night to wish Ireland well and lamented his leaving. He won’t be absent from school work, however, since he will be hiking along the campaign trail for the next parcel tax.

A native of Fairfield, CT, Ireland and his wife Mary landed in Piedmont 22 years ago for the “excellent” schools, the village-like environment and its engaged, active community. The couple has four children, all Piedmont-raised. Before retirement he worked in the financial industry.

Before serving a term on the school board, Ireland served on the Havens Site Council, the Piedmont Educational Foundation and co-chaired the 2013 school parcel tax campaign.

Heather Frank, executive director of the Piedmont Education Foundation, said she has enjoyed working with him.

“For all the fun we get out of him, he takes his job seriously,” she said. 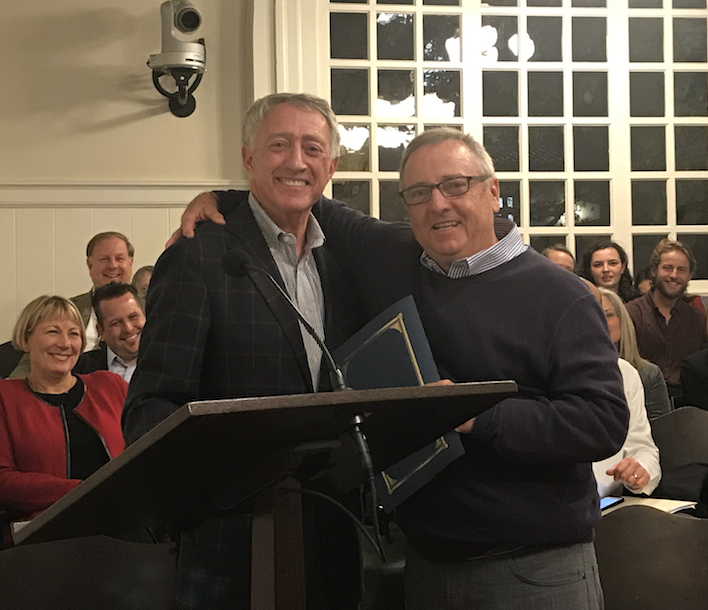 Mayor Robert McBain read a proclamation declaring November 28, 2018 Doug Ireland Day. He joked that he gave the proclamation because he is the only one in town who can do it. In it, he cited a list of Ireland’s accomplishments for the schools and students.

At the moment the mayor finished reading the document, Ireland stood up and joked, “Meeting’s over!”

District Superintendent Randy Booker said what most impresses him is Ireland’s depth, despite his penchant for humor.

“He’s funny outside, but inside he has keen insight and honesty, and tremendous depth.” Booker also noted the Irelands efforts in supporting schools by hosting functions at their home.

One by one each trustee emphasized how much they will miss Ireland on the board. He received golf balls as a gift to use in his now-expanded free time, and “fidget” items such as puzzles and a pocket labyrinth with some friendly comments about his need to keep moving.

Then it was Ireland’s time to speak. He also sang. It was a familiar melody from the “Wizard of Oz” song, “If I Only Had a Brain,” but Ireland wrote his own lyrics, using the heart, courage and brain theme to demonstrate what is needed to get things done.

His advice was to keep an eye always on the big picture, which are the students. Don’t get mired down in small things.”

“Parents, tend to your students,” he said. “They’re facing all of the old challenges and now they have increasing anxieties.” He said he has seen notes written by students that were cries for help.

About the schools he said the teachers and support staff work tirelessly for the kids, and the administration is fantastic.

A few jokes, a few serious thoughts, a song, and then he said “that’s it” and returned to his chair to a resounding standing ovation. 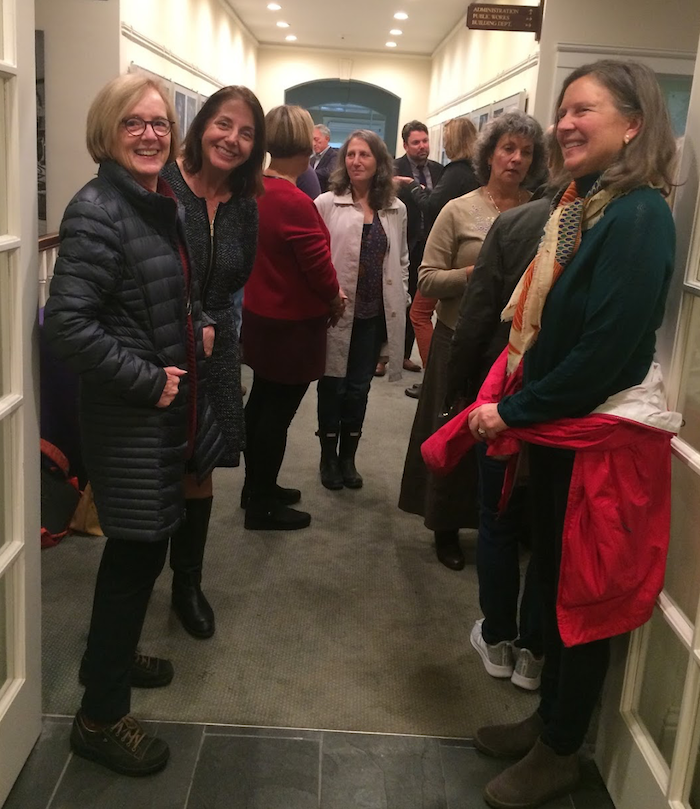 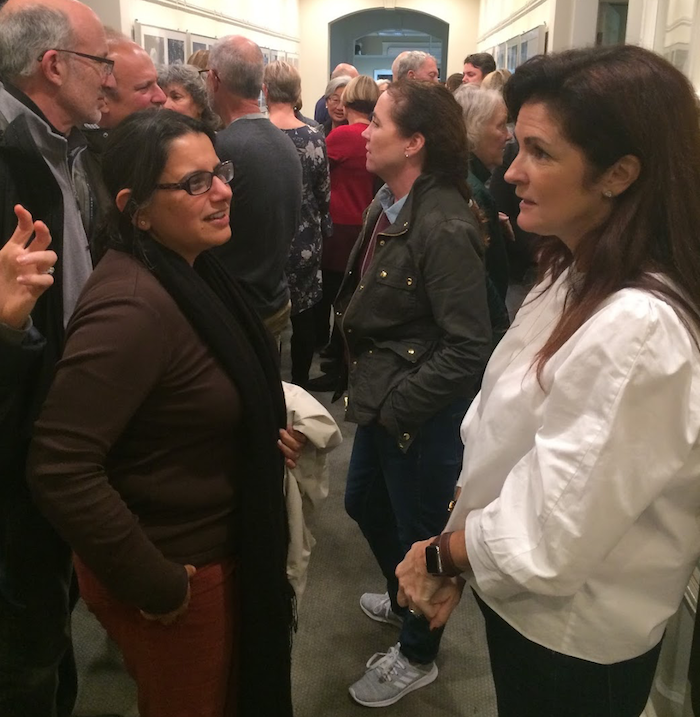 Hilary Cooper, right, chats up Mahvash Hassan at a 2018 School Board meeting reception 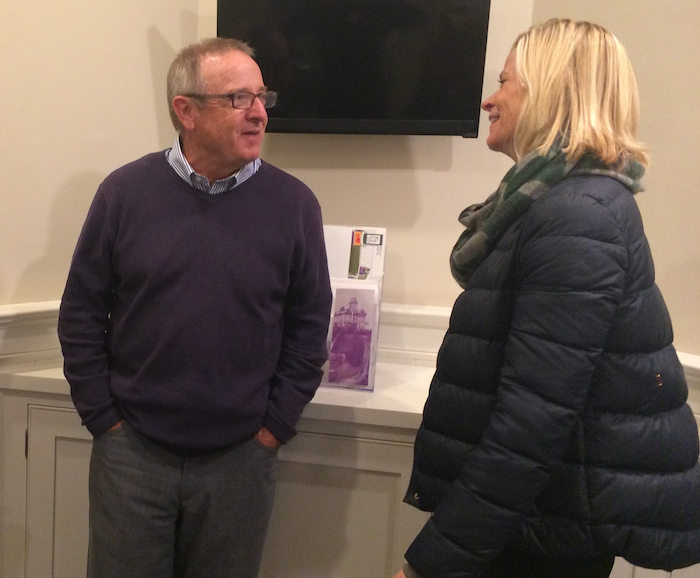 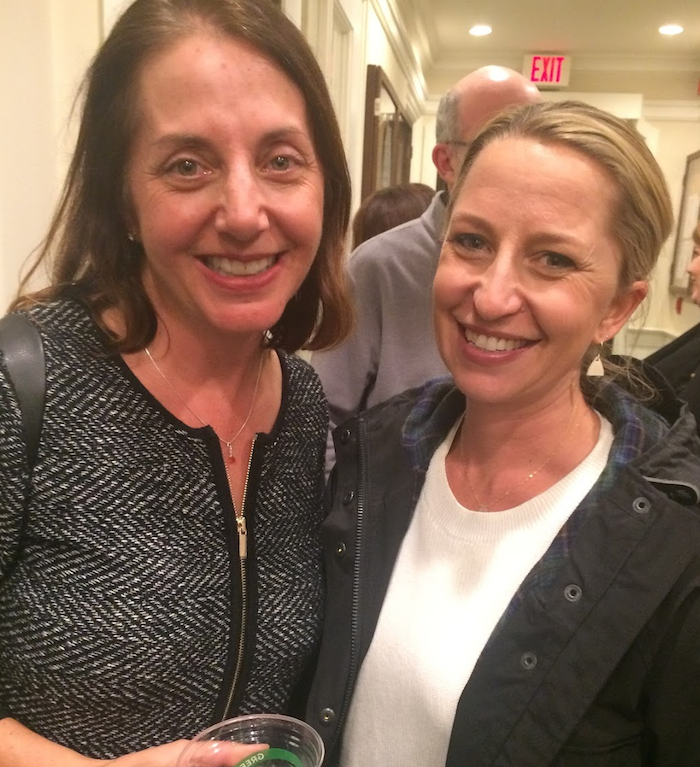 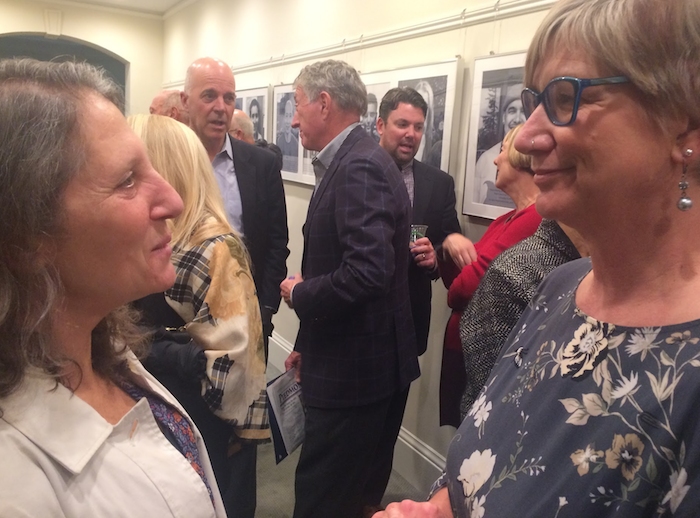 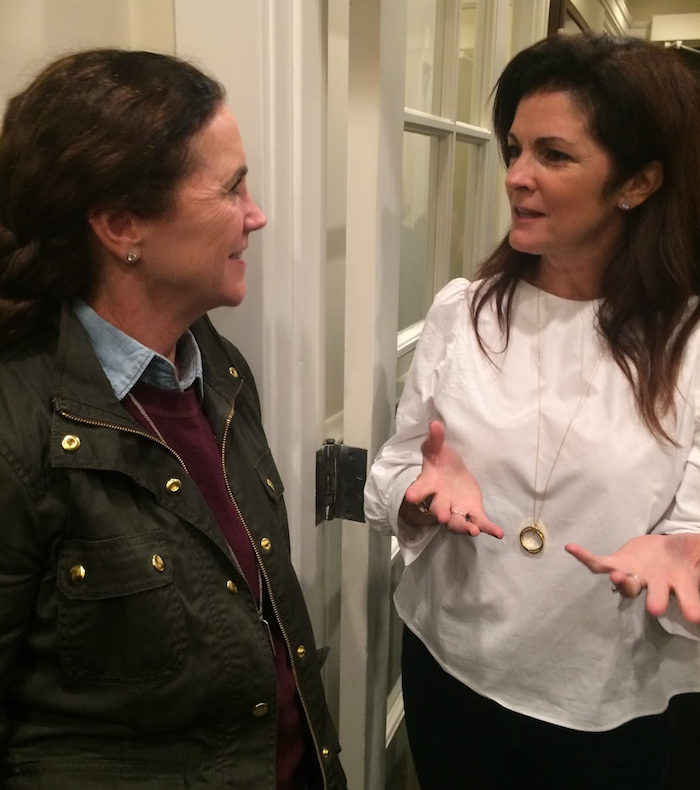 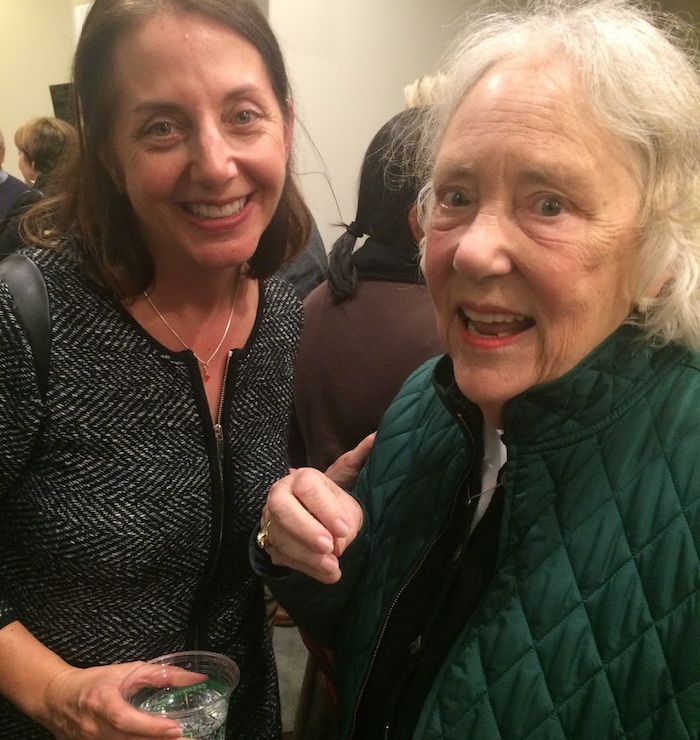 In other business, the board heard an update on safety measures that will be used during the demolition work at Alan Harvey Theater. The building will be closed in March rather than the end of the school year to keep the project on track. The theater will be cordoned off from the other campus sites. Items that still have use will be salvaged. A specialized contractor will remove any hazardous materials. Most of this work will take place inside and not disturb students or staff.

All asbestos will be removed before razing the buildings. Still, air monitoring systems will be placed at the site’s corners during demolition. The work is planned for Spring break when the campus is empty, but if it can’t be finished that week, the district will reschedule any remaining work when it would cause the least impact.

Also, trustees unanimously approved the tentative contract between the district and the California School Employees Association, making the agreement final for a total increase for salaries and benefit costs of $1,686 for each association employee. The full impact to the district’s budget is $198,161.00 The contract will be renegotiated in 2020.

The next board meeting is scheduled for December 12.