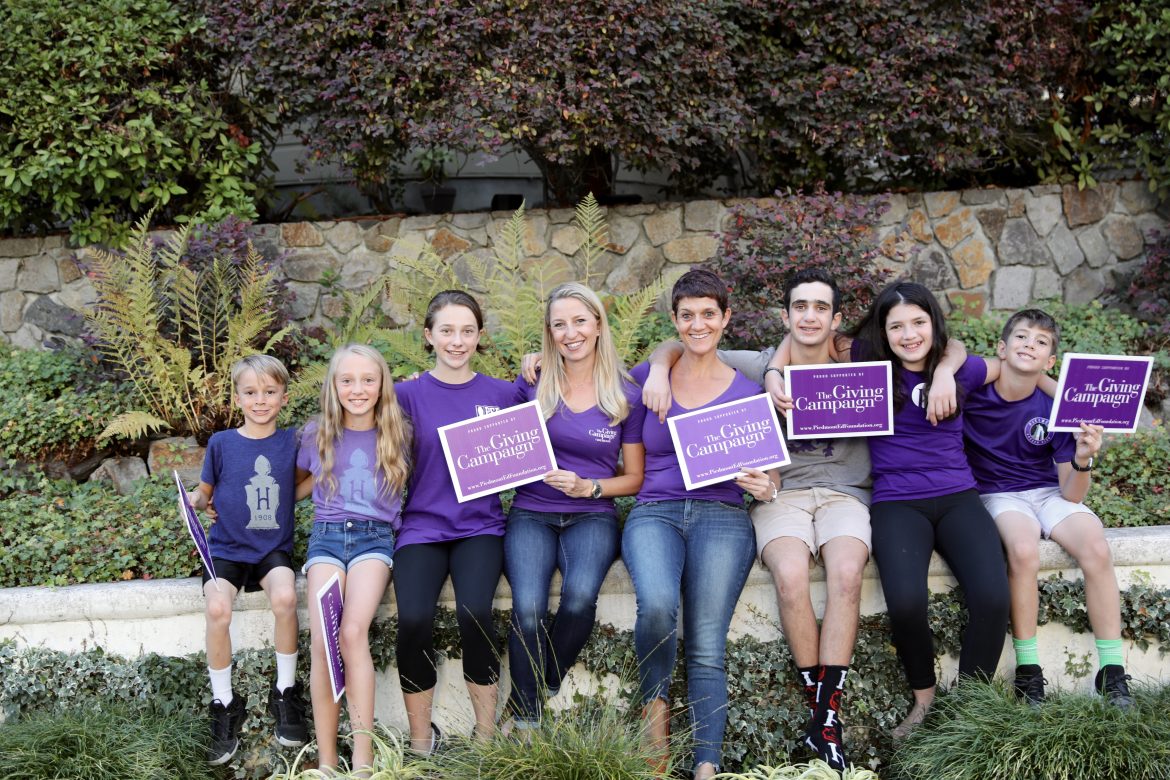 On September 25, Piedmont Education Foundation (PEF) launched the 2018 Giving Campaign for Piedmont’s public schools. Co-chairs Cortney Allen and Nicki Gilbert led a team of volunteers and PEF staff members to a strong start, sending thousands of letters, emails, and text messages to alert everyone to the needs of the Piedmont Unified School District (PUSD) and let them know how they can support our schools.

“We moved here so our children could have the best possible public school experience,” said Allen. “We’ve been so happy with our children’s time in Piedmont — both inside and outside the classroom — and we want to make sure that continues.”

“Unfortunately, a great public education in California isn’t free. It’s up to our community to make sure our schools have what they need to give our children a strong, well-rounded education,” said Gilbert. The gap between what PUSD receives from state funding and the local parcel tax and the cost of education is $1,658 per student. PEF seeks to help the district meet this need through fundraisers like the Giving Campaign.

The efforts of the Giving Campaign co-chairs has seen early rewards. Eight weeks in, the campaign has raised over $2.1 million, with nearly 900 households contributing. Donors include current parents and grandparents, parents of Piedmont alumni, and members of the greater Piedmont community.

“Our minimum Giving Campaign goal this year is $2.5 million, but we know that the needs of the schools are even greater. We hope this early momentum continues so PUSD can continue to provide an innovative, integrated curriculum and attract and retain top teachers,” said Heather Frank, PEF Executive Director.

PEF continues to accept Giving Campaign donations online at piedmontedfoundation.org/donate and at their office, 401 Highland Ave, inside Veteran’s Hall.