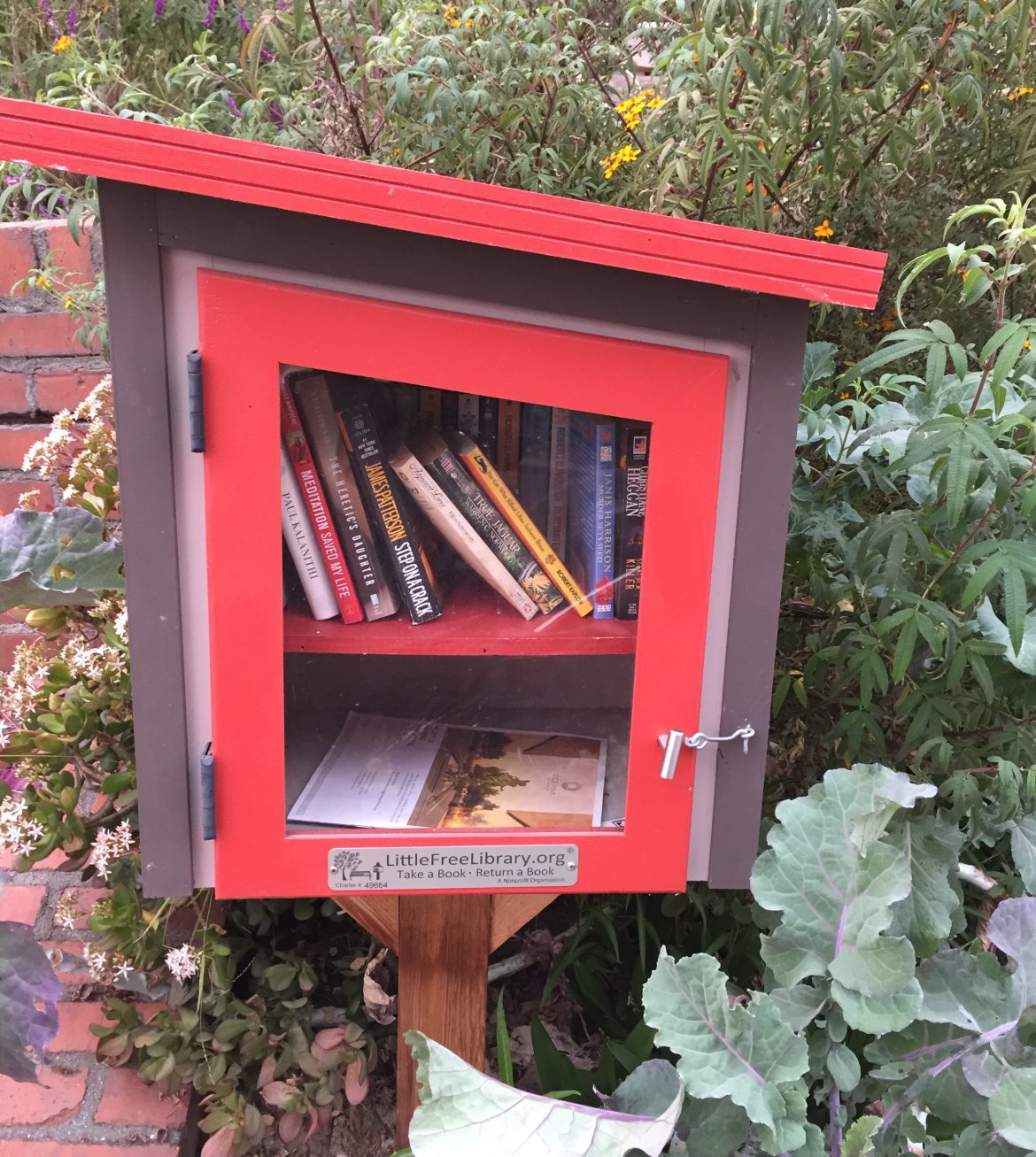 Earlier this year, our family built and installed a small, wooden box for books on our front lawn, officially joining the ranks of Little Free Library stewards in town and around the world. These tiny libraries are part of an international free book exchange movement started by Wisconsonite Todd Bol in 2009 as a “spiritual gesture” to his mother, a school teacher. Bol died last month, but his idea lives on in more than 75,000 libraries, installed in all 50 states and 88 countries around the world.

For almost everyone who comes across these little libraries, there’s a bit of magic in finding books available for free, knowing someone cared enough to distribute them, and realizing that you, too, can help build community by sharing the printed word. For our 90-year-old neighbor Barbara Meyer, it was rediscovering the first author she read when she came to the US to escape the Holocaust. She inherited her love of reading from her mother, and when she saw “All Quiet on the Western Front” by Erich Maria Remarque in our library, it brought back happy memories of the many books she read at her mother’s recommendation. Meyer told me that she was pleased to note one day that a nanny with a young boy stopped to see what was available in our library, establishing a range of more than 85 years for our library’s patrons.

Joanie Sears, a first grade teacher at Wildwood, has had her little library for about two years. She likes the idea of encouraging reading outside of school for the kids in her neighborhood, and says she has only had to replenish the books once or twice, meaning her neighbors not only appreciate her selections, but also the ones they add regularly for each other.

For Cliff and Julie Gardner, their Little Library was a mutual anniversary gift. They stock their library with a varied selection of children’s books and science fiction. They recently went on a trip with their library full, returned with it almost empty, and were amazed to find it full again after another two days before they could add more books. They say that the library has helped connect them with their new neighbors.

Kehilla synagogue on Grand Avenue received its library in a happy accident. A congregant was sent a second library in error when she ordered one for her house. She tried to return it, but was instead encouraged to make a donation, and chose Kehilla as the beneficiary. Local artist Devora Gordon led the decoration of the library, with Josef Straub and another congregant managing the installation. As yet another congregant noted, for Kehilla and all of the other libraries mentioned above, the project was indeed a “labor of love.”

Anyone can build and install their own library. The website littlefreelibrary.org has many models available, which can be purchased finished or unfinished in various styles. The website also has a worldwide map of all the libraries registered on the site. Piedmont officially accounts for just two, but you will find many more unregistered libraries scattered throughout the city.