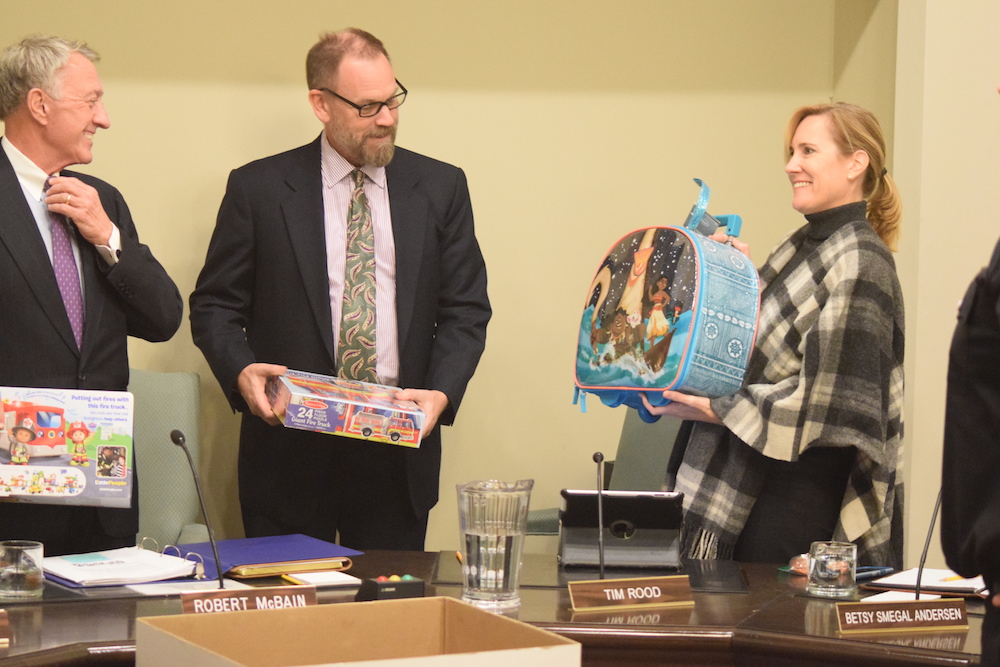 The council voted unanimously to solicit bids for resurfacing tennis courts and installing new nets and posts, new fencing and a new storm drain channel using $250,000 already set aside. They want work to begin in May.

Council members, in what they described as the first such effort the city has undertaken, also approved a plan for the city to work with the Piedmont Recreation Facilities Organization, as well as with members of Piedmont’s robust, sizable tennis community, to raise more money — $300,000 over the next 25 years, as a baseline — for ongoing court improvements and maintenance.

The planned campaign will revolve around naming the improved courts complex the Corey Reich Tennis Center. Reich is assistant coach of the Piedmont High School’s highly successful tennis teams, which practice and play matches on these courts. Reich, now 32, was diagnosed in 2007 with amyotrophic lateral sclerosis, and has been an inspiration inside, and outside, the tennis community.

Added Steve Collins, president of the Piedmont Recreation Facilities Organization, “I couldn’t think of a better thing to be doing, given the strength of the tennis community.” He said he fully expects the community and city to raise the needed money for future work, including:

***  Basic court resurfacing every five years, and a total surface replacement after 25 years;

*** A new water fountain with a bottle filler.

Councilwoman Jen Cavenaugh said her main concern about the naming rights idea is what would happen in 25 years or beyond should the tennis courts be converted to another use. Naming rights agreements can get sticky, she said, if a theater, for example, named after someone or something and is torn down.

The conversion of Piedmont’s courts, she and others said, would suppose local residents would one day lose much of their ardor for tennis. Neither she nor anyone else at Monday’s meeting thought that was likely anytime soon.

City leaders say all the improvements and periodic maintenance over a 50-year period could cost $750,000. That’s a tall order, they admit, which is why a 25-year plan may yet be adopted.

Either way, there’s plenty of optimism tennis players will step up and hold serve.