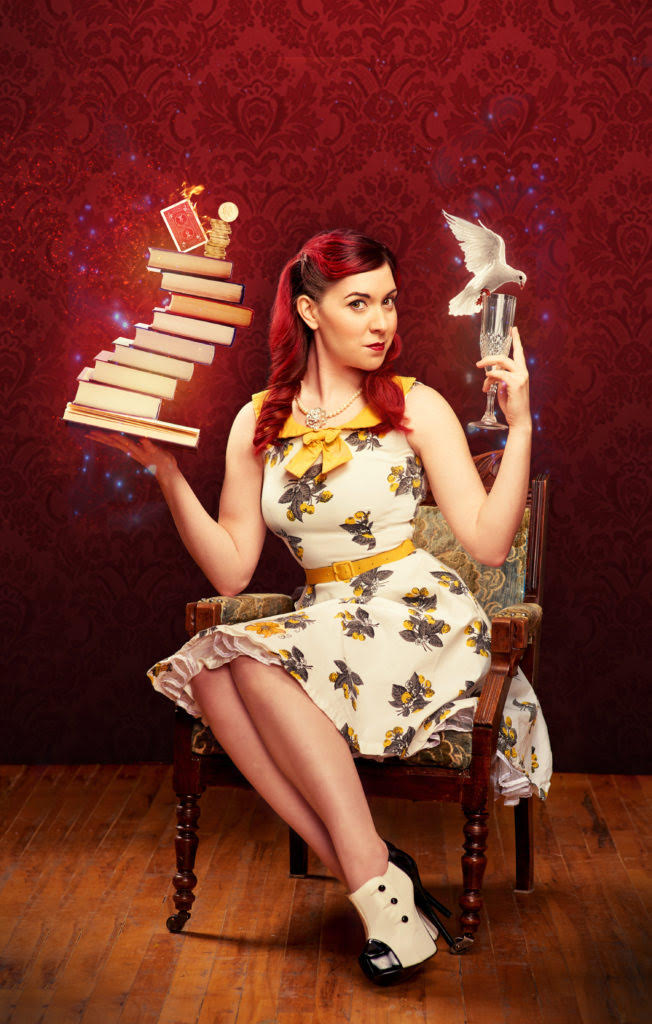 For the 94rd year, the Oakland Magic Circle presents a gala stage show and dinner in Oakland on Tuesday, February 5th.

Award winning magician Carisa Hendrix has been thrilling audiences in Canada, the United States and throughout the world with her blend of classy comedy magical entertainment. She has just completed a triumphant engagement at the Magic Castle in Hollywood.

Doors open at 6:00pm with close up miracles performed at the dinner tables. The meal is served at 7:00 with curtain time at 8:00.

The Oakland Magic Circle is the oldest independent magic club west of the Mississippi, continuously running since 1925. The non-profit organization meets monthly as a gathering place for both professionals and amateurs of all ages and is dedicated to perfecting the art of legerdemain.