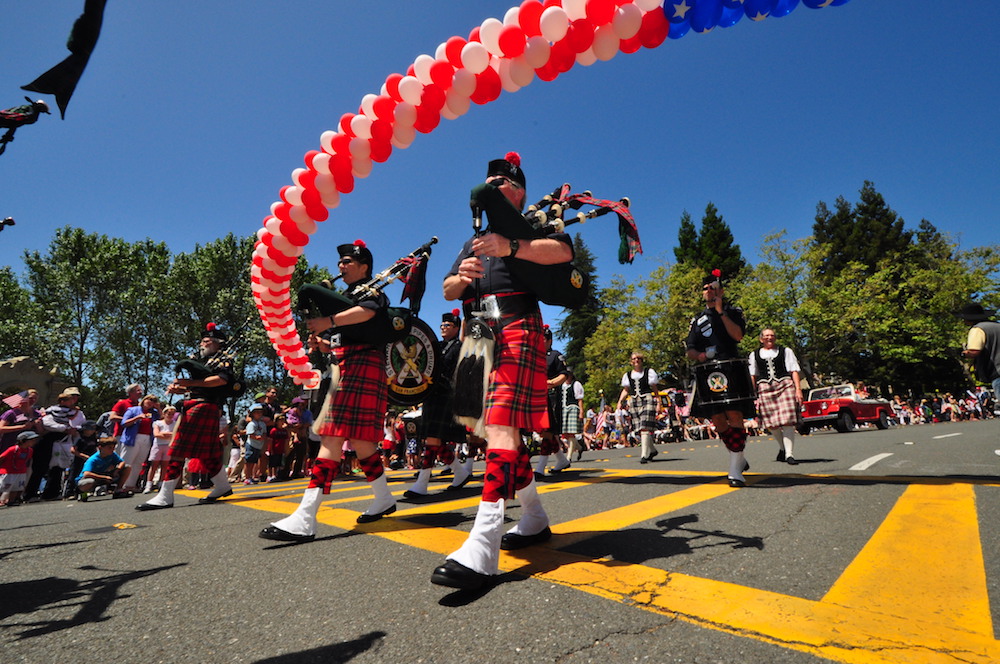 The City of Piedmont will celebrate its annual Independence Day Parade this year on Thursday, July 4, starting at 11 a.m. at the corner of Highland Avenue and Park Way.

Each year the community is invited to participate at no cost with neighborhood floats and entries from various community organizations. The Piedmont parade is unique for the appearance of several bagpipe bands in keeping with the city’s Scottish traditions, and with a rich array of dozens of antique and classic cars.

A Grand Marshal historically leads the parade, which is less than eight blocks, ending just past Piedmont Park. A festive community picnic is held in Piedmont Park following the parade, with music provided by a big band on the main stage.

If your neighborhood is planning on holding an Independence Day block party, click to download the 4th of July Street Closure Request Form, which is due to the City Clerk’s Office no later than 5:00PM on Friday, June 28th.