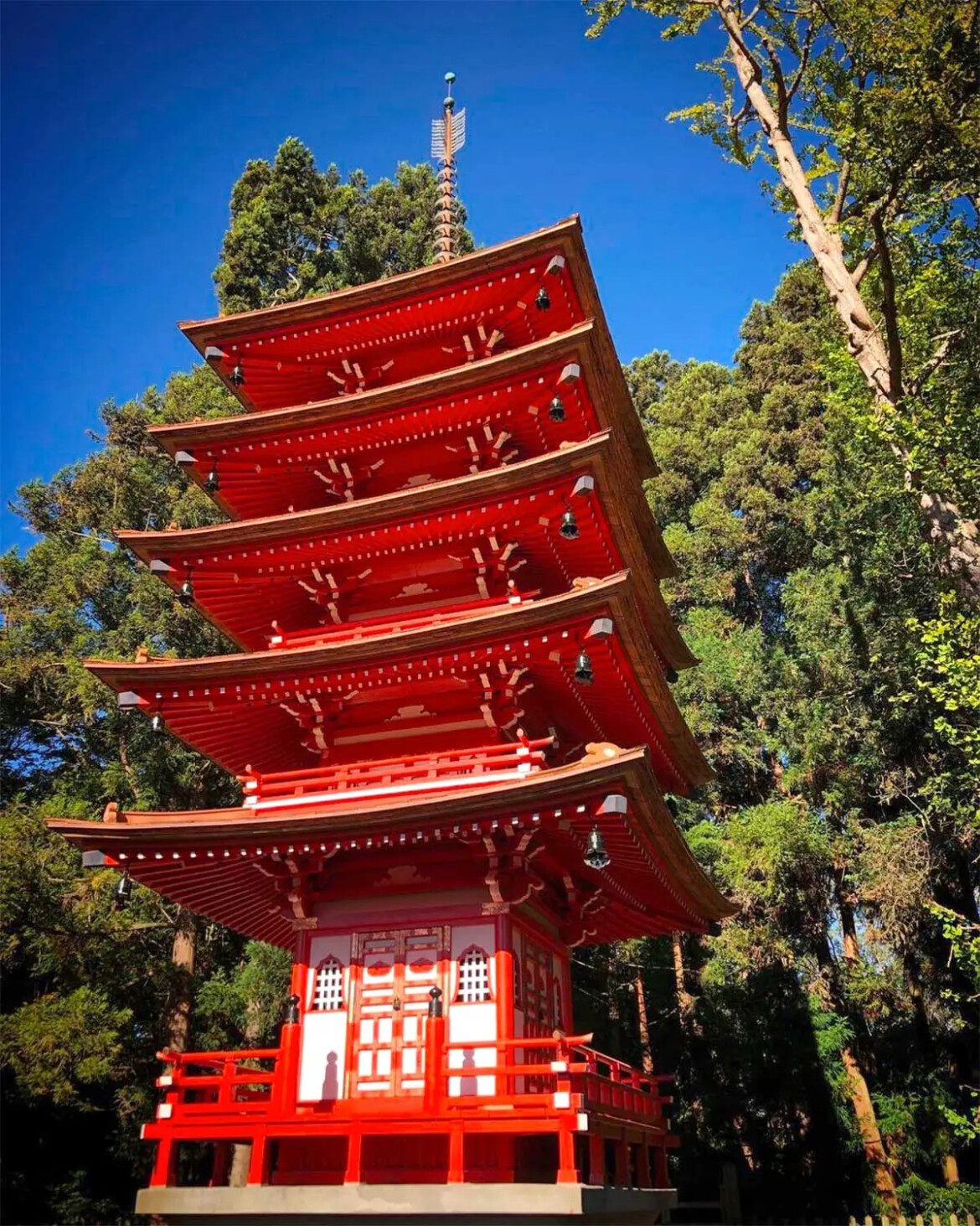 The Japanese Tea Garden’s towering red pagoda has been successfully restored after a two-year renovation project that included the replacement of carpet, vermillion and wood features. (Photo courtesy of San Francisco Recreation and Park Department)

Following a two-year restoration project, the Japanese Tea Garden’s towering red pagoda in San Francisco’s Golden Gate Park has been officially revived to its full glory, 107 years after its appearance at the 1915 world’s fair.

Local officials, history lovers and Japanese American community members on Tuesday welcomed the pagoda post-makeover — fresh carpet, vibrant vermillion, replaced wood and all. The San Francisco Recreation and Park Department coordinated a ceremony and taiko drumming performance at the gardens for the occasion.

“The Japanese Tea Garden’s pagoda is part of the fabric of our City and tells a story about the rich Japanese history and culture that exist here in San Francisco,” said Mayor London Breed in a statement.

Since April, visitor attendance to the tea garden has skyrocketed by 187 percent, thanks to Breed’s legislation to waive Golden Gate Park specialty garden admission fees for residents and veterans.

“Over the last 100-plus years, the pagoda at the Japanese Tea Garden has attracted millions of residents and visitors alike, weathering significant disruptions throughout history,” stated Yasushi Noguchi, consul general of Japan in San Francisco. “Now, it has been properly restored so it may continue to promote Japanese culture and aesthetics among future generations.”

Enduring more than a century of outside conditions, the pagoda has only undergone minor repairs in the past, and this most recent project was its first full restoration, carried out by the Recreation and Park structural maintenance crews.

Carpenters replaced rotting wood in and outside of the five-story tower with 100-year-old salvaged redwood, and created a new spire from a recycled Douglas fir flagpole. Roofers worked to re-shingle the tower’s five roofs. Completed with a new coat of paint and adorned in traditional bells and giboshi, the pagoda is ready to welcome visitors in future years.

“Restoring a temporary indoor structure built more than a century ago is incredibly challenging, but the end result is nothing short of stunning,” said San Francisco Recreation and Park general manager Phil Ginsburg in a statement. “It is a testament to the talent and craftsmanship of our structural maintenance crew, the hours of volunteer work and advocacy of the Friends of the Japanese Tea Garden, and the generosity of so many, especially the Japanese American community here in San Francisco.”

The restoration work is a part of a greater $2 million renovation project meant to revitalize part of the Japanese Tea Gardens. Up next is redesigning and restoring the pagoda’s long bridge and its surrounding landscape, to be completed in fall 2023.