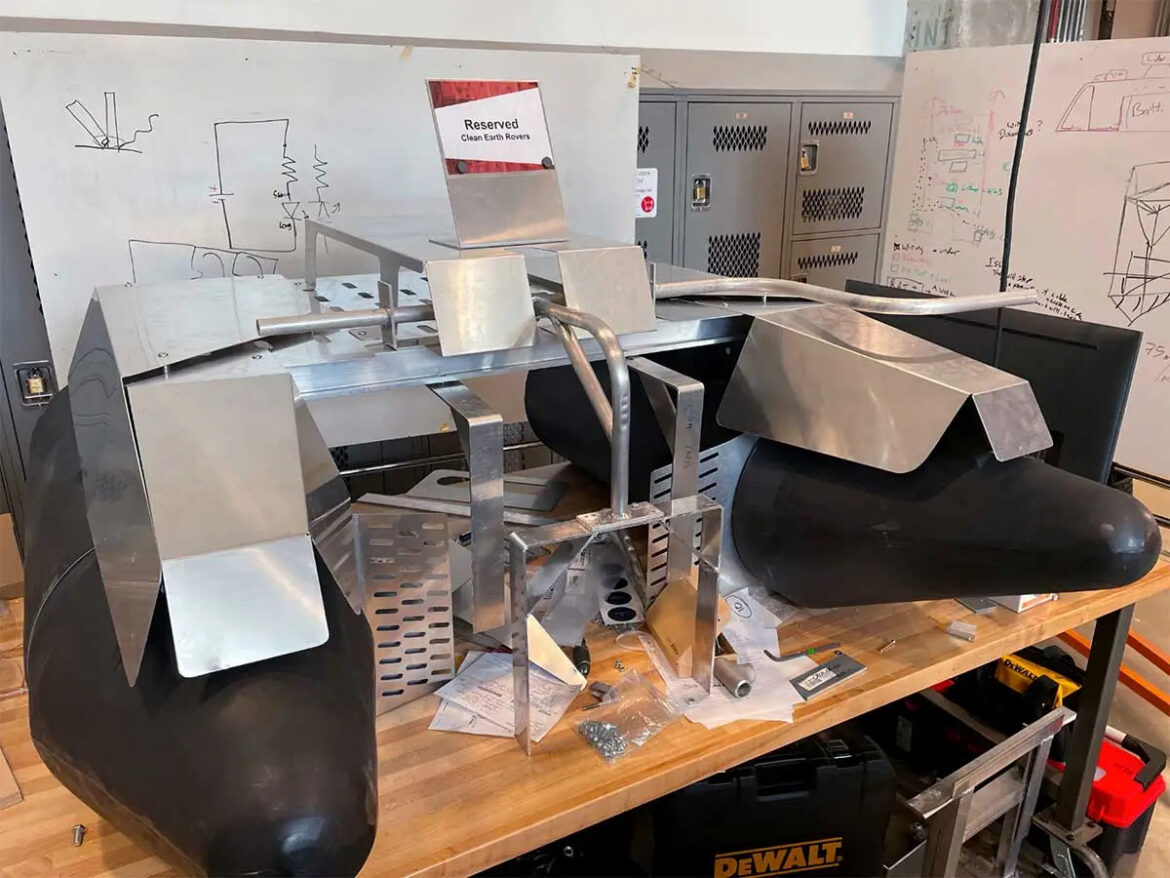 Clean Earth Rovers' Plastics Piranha is an autonomous rover that skims marina facilities and can collect roughly 100 pounds of waste per trip. It is 100 percent electric and uses obstacle avoidance software to stay clear of boaters and marine life.(Photo courtesy of Clean Earth Rovers via Bay City News)

An invasive fish species is making its way to the Bay Area, but wildlife experts aren’t the least bit alarmed.

“Plastics Piranha,” an autonomous rover that collects debris from waterways, is scheduled to arrive Wednesday at Point San Pablo Harbor in Richmond, the University of Cincinnati announced.

Developed by the startup Clean Earth Rovers, the autonomous rover skims waterways and can collect more than 100 pounds of waste per trip. It is 100 percent electric and uses obstacle avoidance software to stay clear of boaters and marine life.

Clean Earth Rovers was incubated at the University of Cincinnati’s 1819 Innovation Hub and received funding through their Venture Lab program. The startup is launching its first fully autonomous rover to collect plastic debris from Richmond this summer, with the aim of cleaning up parts of California’s coast.

“[It’s] a way for us to tackle waste in our coastal waterways using autonomous vehicles and data-monitoring devices that act essentially as Roombas for coastal waterways,” CEO of Clean Earth Rovers Michael Arens said.

The startup was initially focused on developing autonomous technology to clean up the Great Pacific Garbage Patch, a zone of garbage between California and Hawaii that is twice the size of Texas, according to the nonprofit The Ocean Cleanup.

However, while at the 1819 Innovation Hub, Arens was encouraged to come up with a more focused goal, like garbage along the U.S. coastline.

“The vast majority of it stays either along our beaches or our coastal waterways,” Arens said. “It goes through this cycle of constantly being pulled out by the tide and slammed back into the beaches.”

The Plastics Piranha will arrive in Richmond on Wednesday, July 13, to begin collecting plastic from waterways and will also collect data from marine bodies like dissolved oxygen, oxygen reduction potential, temperature, pH levels and more.

“We have this huge issue across the entire U.S. where there’s over 15,000 bodies of water that have reported algal or bacterial pollution events because they go completely unmonitored,” Arens said.

Clean Earth Rovers wants to make data about water quality as readily available as data about air quality for Americans, so people know if their lakes are safe to swim in, and so governments can be proactive in addressing water quality issues.