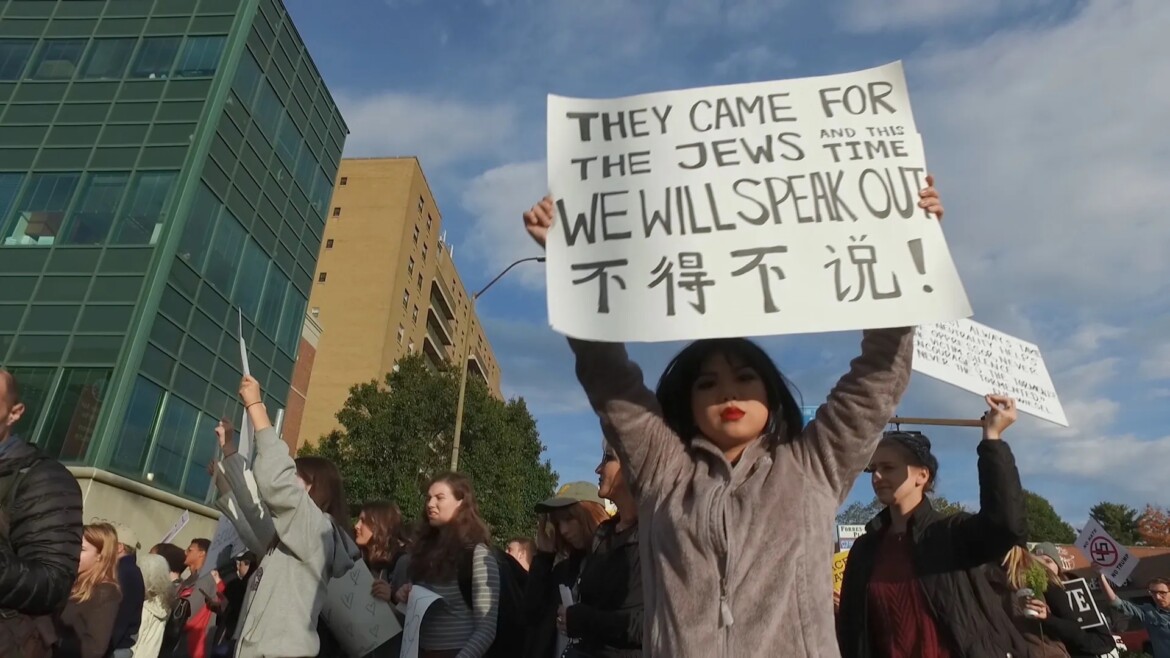 The 42nd annual Jewish Film Festival wraps up its in-person screenings this week but that doesn’t mean it’s curtains for the program. Far from it, as a selection of features and shorts will be available to stream through Aug. 7.

Pass the Remote singles out one from the virtual lineup and highlights a few in-person screenings.

For the full program, visit https://jfi.org/sfjff-2022/film-guide.

The festival ends on a high note Sunday with the satirical, smart and sage-like “Let It Be Morning” from filmmaker Eran Kolirin (“The Band’s Visit”). Palestinian businessman Sami (Alex Bakri) assumes it’ll be an in-and-out trip that his dissatisfied wife and son will take from Jerusalem to attend his younger brother’s wedding in the small Arabic village where he grew up. But they get stuck with the family once the village gets placed under a military lockdown and all travel is prohibited.

Filled with comedic and dramatic flourishes, Kolirin’s story unfolds as tensions escalate, secrets get blurted out and familial disharmony bubbles to the surface.

Based on a novel by Sayed Kashua, “Let It Be Morning” deftly touches on Israeli-Palestinian relations and does so in a subdued but no less effective manner. Bookended by two brilliant, symbolic scenes pertaining to the tentativeness of true freedom, it also features one of the best uses of a popular Sia song. Kolirin will be attending the 7:45 p.m. screening at the Albany Twin Theatre. https://jfi.org/sfjff-2022/film-guide/let-it-be-morning

Oakland filmmaker Patrice O’Neill tackles a tragic, unfortunately all-too-common occurrence playing out in America, a mass shooting in “Repairing the World: Stories From the Tree of Life.” The documentary concentrates on the three years after the fatal 2018 Tree of Life synagogue shooting in Pittsburgh. The synagogue lost 11 of its Jewish congregants, and O’Neill’s film looks at this deadly anti-Semitic attack and how a community came together to help move forward while respecting those whose lives were senselessly lost. O’Neill, an anti-hate crime advocate, will be attending the 2 p.m. Sunday screening with producer Charene Zalis of San Francisco at the Albany Twin screening. https://jfi.org/sfjff-2022/film-guide/repairing-the-world-stories-from-the-tree-of-life

Former Berkeley resident and documentary-maker/author Tom Weidlinger relates a painful personal story on the tall tales his famous engineering dad used to tell him. They turned out to not to be as overly embellished as he thought. In “The Restless Hungarian,” Weidlinger digs into his and his dad’s past and uses various creative tools to do so, assembling a fascinating film utilizing reenactments, photos, letters and anything else that he can find to accomplish that goal. It shows a son grasping to find more context and understanding about a man who divulged a lot but skipped over many pertinent parts of his life. It screens at 3:05 p.m. Friday at the Albany Twin with Weidlinger attending. https://jfi.org/sfjff-2022/film-guide/the-restless-hungarian

As for a streaming option, give Genevieve Adams’ “Simchas and Sorrows” a go. The Next Wave Spotlight selection is already a festival fave and showcases the versatility of the talented Adams, who not only directs but writes and plays Agnes, an atheist who is being encouraged by others to convert to Judaism so she and her boyfriend (Thomas McDonell) can move forward with their relationship. For a full list of streaming options, visit https://jfi.org/sfjff-2022/film-guide/explore-more/streaming-films.