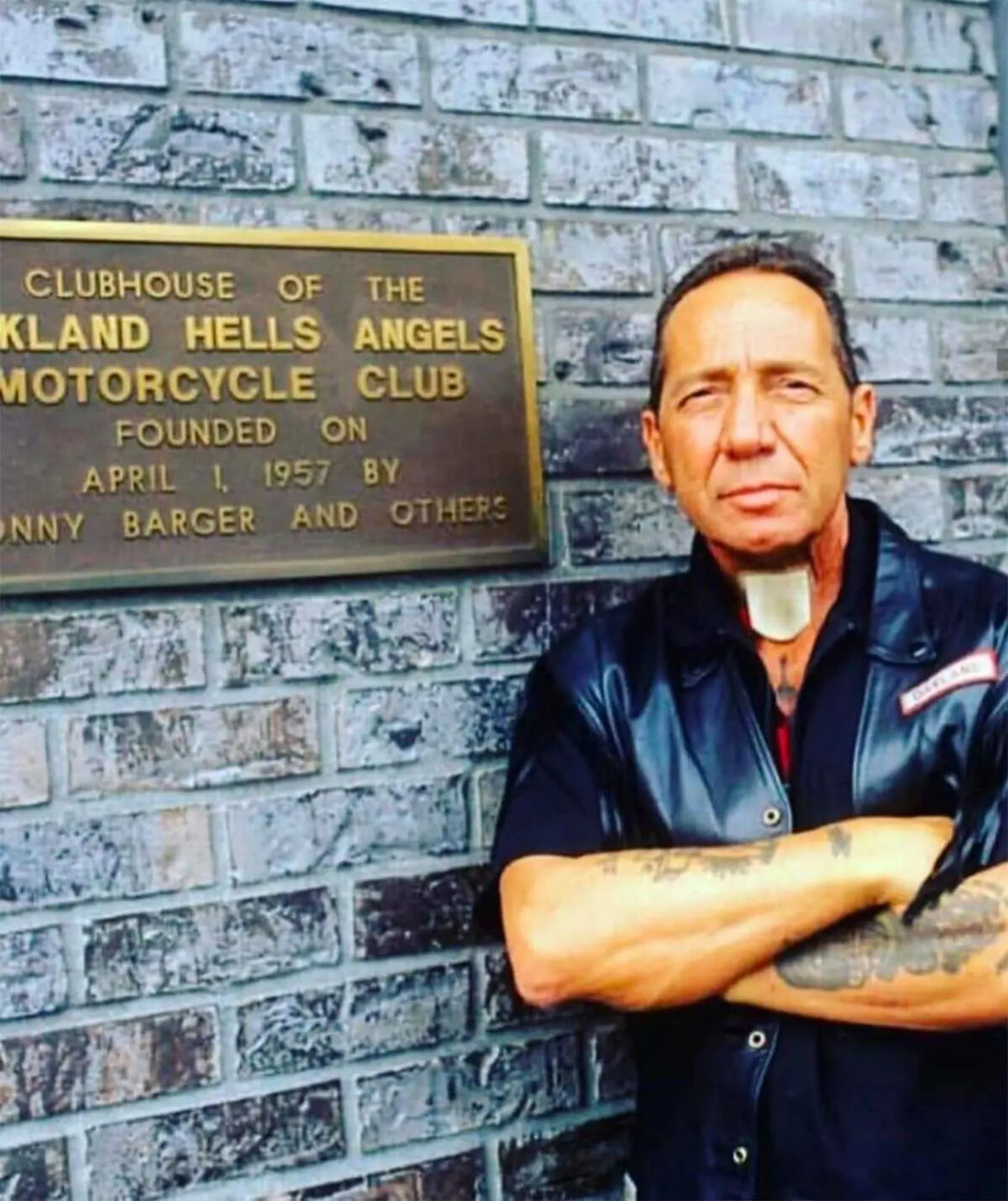 Sonny Barger appears in an undated image. The Modesto native and author founded the Oakland Hells Angels motorcycle club in 1957. (Photo via Twitter)

“Sonny — you’re free like butterflies,” read a note attached to one bouquet and posted on the chapter’s Facebook page. “Keep the wind in your face and the stink off your back.”

Barger died June 29 at the age of 83 of cancer in Livermore and was the founding member of the Oakland branch of the Hells Angels motorcycle club, known for its outlaw reputation and the scrapes with law enforcement that resulted.

Perhaps the most infamous was the Rolling Stones concert at Altamont in 1969, where Hells Angels had been hired to provide security, documented in the rock documentary “Gimme Shelter.” Hells Angel Alan Passaro stabbed and beat a man to death at the show but was later found not guilty from a jury that accepted his claim of self-defense.

Barger started the Oakland Hells Angels club in 1957. Originally from Modesto, Barger grew up in Oakland and gravitated toward biker culture, which he outlined in his 2009 best-seller “Hell’s Angel” — perhaps the only time a person from the club opted to use an apostrophe.

When the motorcycle club the Oakland Panthers disbanded in 1956, he took up the helm and renamed the crew the Hells Angels. Being “outlaws” of course meant that the authorities were always in their rearview mirrors. Barger was acquitted of murder in 1972 and acquitted again for racketeering in 1980, but did time for possession with intent to sell in 1973 and conspiracy in 1988.

Though known these days mostly for their toy drives and lucrative merchandising, the motorcycle club at large still finds itself in the crosshairs of authorities. One early June, two members of the Hells Angels Motorcycle Club in Sonoma County were convicted in federal court of murder in aid of racketeering.

Barger left a final message to people on his Facebook page on Friday.

“If you are reading this message, you’ll know that I’m gone,” he wrote. “I’ve lived a long and good life filled with adventure. And I’ve had the privilege to be part of an amazing club. Although I’ve had a public persona for decades, I’ve mostly enjoyed special time with my club brothers, my family, my friends. Please know that I passed peacefully… But also know that in the end, I was surrounded by what really matters: My wife, Zorana, as well as my loved ones. Keep your head up high, stay loyal, remain free, and always value honor.”