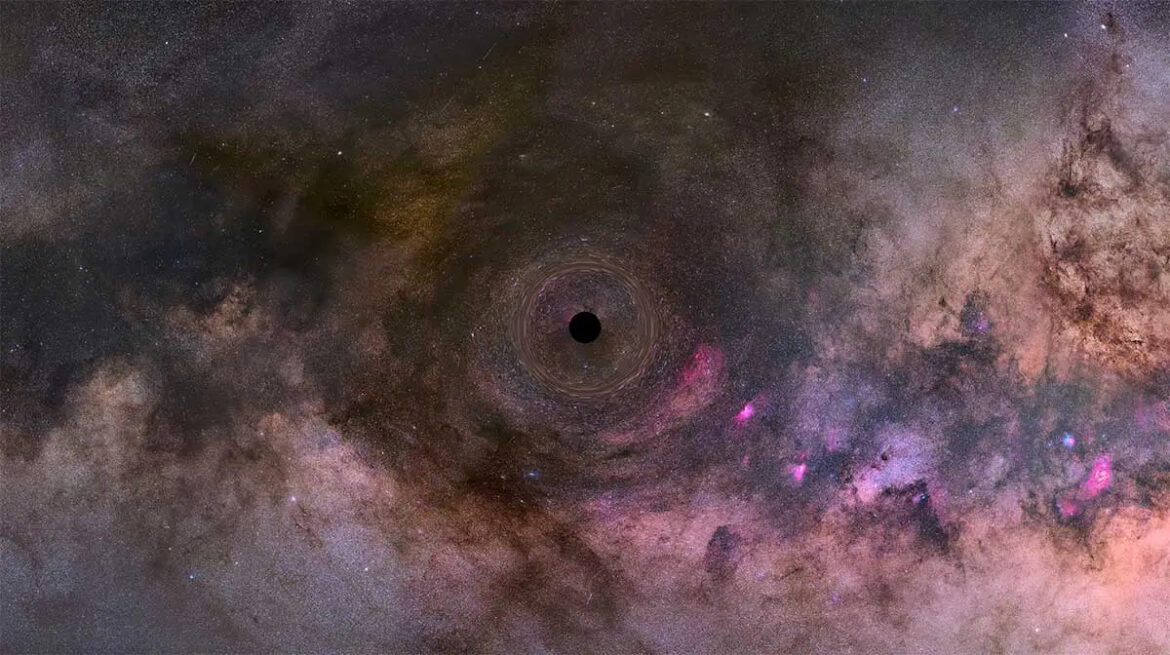 That our very own Milky Way Galaxy is home to millions — even billions — of isolated black holes is an observation that scientists have always believed. But they’re extremely hard to detect; in fact, these outer space phenomena are invisible without the light of a neighboring star.

Until now, as University of California at Berkeley scientists may have identified a free-floating black hole roaming the galaxy about 2,200 to 6,200 light-years away. The international team, led by UC Berkeley associate professor Jessica Lu and graduate student Casey Lam, discovered the lone black hole using a method known as gravitational microlensing.

“With microlensing, we’re able to probe these lonely, compact objects and weigh them,” Lu said, “I think we have opened a new window onto these dark objects, which can’t be seen any other way.”

Lu and Lam estimate the mass of the compact object to be between 1.6 and 4.4 times the mass of the sun. However, they have also cautioned that the discovery may be a neutron star: a similarly compact stellar object, but one whose balanced gravity prevents it from collapsing into a black hole.

“As much as we would like to say it is definitively a black hole, we must report all allowed solutions. This includes both lower mass black holes and possibly even a neutron star,” Lu said.

No matter if it’s a black hole or a neutron star, Lu’s research still surrounds the first “ghost” star wandering the galaxy without a bright companion.

NASA reports that this discovery has allowed astronomers to estimate the nearest isolated black hole to Earth as close as 80 light-years away.

Black holes are widely thought to be the leftover remnants following the death of a star; their gravitational pull is so strong that it warps spacetime, and their presence can only be deduced through microlensing events that speculate how it distorts the light of distant background stars, according to NASA. Prolonged microlensing events that capture the changing brightness of stars for over 200 days indicate the gravitational influence of a black hole.

Locating black holes through microlensing is an extremely rare event, like searching for a needle in a haystack. Only about 1 percent of microlensing events are due to black holes, Lam says, but identifying very long events can help this search.

“How long the brightening event lasts is a hint of how massive the foreground lens bending the light of the background star is,” Lam explained.

NASA’s Hubble Space Telescope first monitored the dramatic brightening of a star in August 2011, which exposed the foreground black hole that later became the subject of Lu’s research in 2020. It took one year for the star to dim back to normal, which is “amazingly long” according to Lu.

The UC Berkeley-led team are not the only astronomers to observe OB110462. A competing research team from the Space Telescope Science Institute (STScI) in Baltimore have also been analyzing this stellar occurrence.

Despite the fact that both teams used the same data, they have come to very different conclusions: the STScI team claims that the compact object is indisputably a black hole, while the UC Berkeley team argues it is not possible to distinguish the object between a black hole or neutron star.

“The two teams have slightly different treatments for how to get rid of the influence of the neighboring bright star. We also use different ways to model the data,” Lu commented. “These very small and subtle differences may lead to different results.”

New data from Hubble showed that the effects of OB110462 on its neighboring star are still observable even 10 years after the event. Through an analysis of this data, the UC Berkeley team have confirmed OB110462’s likely status as a lone roaming black hole.

“Luckily, we have more data coming in from Hubble this fall,” said Lu. “Going forward, we hope other astronomers will look for X-rays and radio emission from this dark, free-floating black hole or neutron star.”

Since 2008, Lu has been in pursuit of finding a free-floating black hole, hoping to better estimate their population in the galaxy. To her, the journey does not stop with this initial discovery.

“While the discovery of the first such object is exciting, the most interesting astrophysics will come when we have a large sample. Then we can precisely say how many black holes are in the Milky Way,” she remarked.

Research on these compact objects is important to our understanding of the evolution of stars and our galaxy as a whole. Scientists like Lu at UC Berkeley are committed to furthering this knowledge. “We will ultimately figure out when massive stars die, what they transform into,” she stated, “Black holes or neutron stars.”

The post UC Berkeley researchers closer to answering how many black holes wander in our galaxy appeared first on Local News Matters.