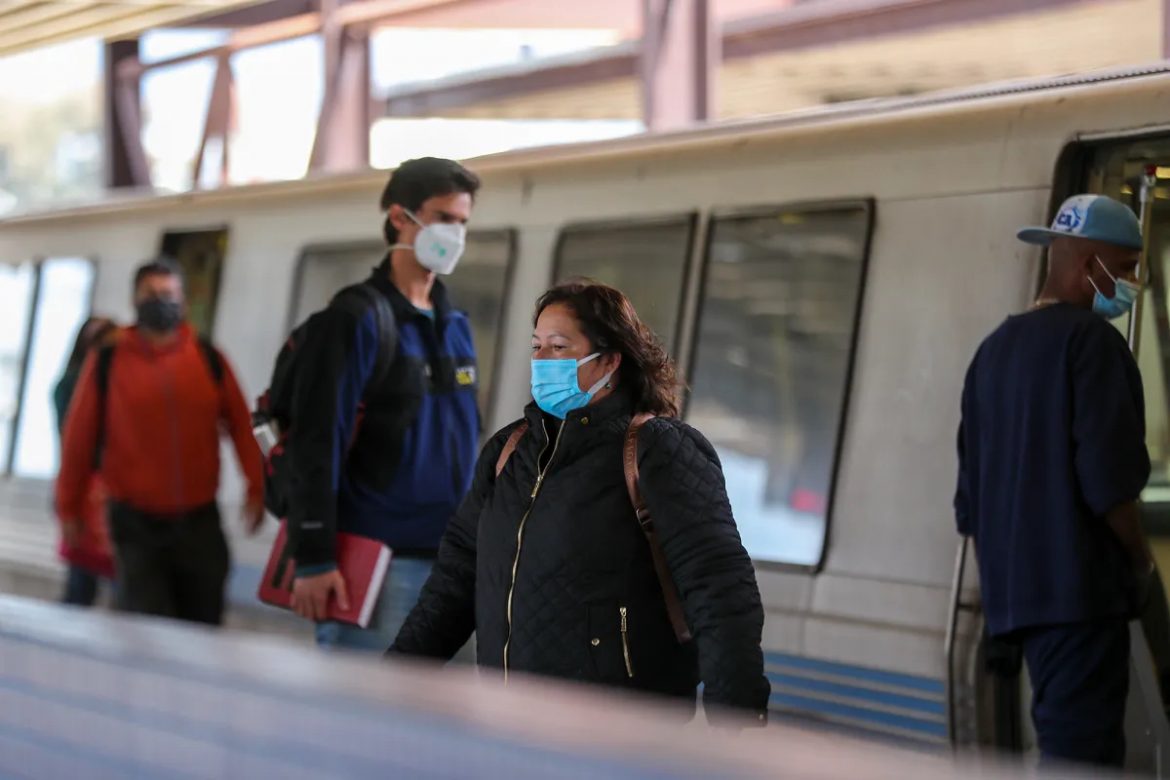 In summary
California may be in for its latest COVID surge: The test positivity rate hit 5% for the first time in months.

“It’s increasingly likely most of us will have a date with COVID if we haven’t yet.”

Last week’s assessment from Dr. Matt Willis, Marin County’s public health officer, took on newfound significance Tuesday, when the California Department of Public Health reported that the state’s seven-day COVID test positivity rate had reached 5% for the first time since February, at the tail end of the omicron surge that sickened wide swaths of the workforce.

More than 90,000 Californians have died of COVID, according to state data — though the Golden State’s death rate has remained fairly stable and low in recent months. And while CalMatters’ tracker shows that statewide hospitalization rates are beginning to tick back up, just 1,527 COVID-positive patients were in the hospital on Monday — a far cry from the nearly 12,900 in late January at the peak of the omicron wave.

Nevertheless, a growing group of local public health officials — including more than a dozen in the Bay Area and Southern California — are urging residents to mask up in public places and avoid nonessential indoor gatherings or move them outdoors.

One small Monterey school district reinstated its indoor mask mandate. And Apple indefinitely postponed its plans to require employees to return to the office three days a week starting next Monday.

The rise in cases — which experts say appears to be driven by a mix of highly contagious omicron subvariants; increased testing; relaxed restrictions; and waning immunity from vaccination, boosters or prior infection — could test Gov. Gavin Newsom’s long-term plan for dealing with COVID, with the state’s primary election right around the corner.

And it could also pose problems for California’s coronavirus-battered economy, which is still struggling to return to pre-pandemic levels.

California has administered 75,489,752 vaccine doses, and 75.2% of eligible Californians are fully vaccinated.

Californians should gear up for a water conservation “mandate for mandates,” Gov. Gavin Newsom said during a Tuesday visit to a Carson water recycling facility. By that, he meant his order to water suppliers to step up by June 10 their local responses to California’s devastating drought — a move that might not go over too well, given that residents in March recorded the biggest jump in water use since the drought began.

The news comes as California braces for a spate of hot, dry, windy weather that could see temperatures soar to triple digits and gusts reach 45 miles per hour in some parts of the state — or, as the National Weather Service’s Sacramento office put it, “critical fire weather conditions” on Thursday and Friday. Incidentally, new research accounting only for the impact of climate change found that the number of California properties facing severe wildfire risk could grow sixfold over the next 30 years to 600,000, the Los Angeles Times reports.

In the crowded field of candidates vying to be California’s next controller, Ron Galperin is the only one whose name will appear next to the job title he seeks on voters’ June 7 primary ballot. The Democratic controller of the city of Los Angeles is hoping that “golden ballot designation” will help catapult him into the top two and the November general election, Sameea Kamal reports in this comprehensive breakdown of Galperin’s 75-minute interview with CalMatters.

Other election news you should know:

3
Can you balance CA’s budget?

This week, state lawmakers are holding a raft of hearings to discuss Newsom’s $300.7 billion budget proposal and more fully flesh out their own priorities for spending California’s whopping $97.5 billion surplus. They have until June 15 to send a balanced plan to Newsom’s desk — but the real question is, how would you spend all that money?

Some stories may require a subscription to read