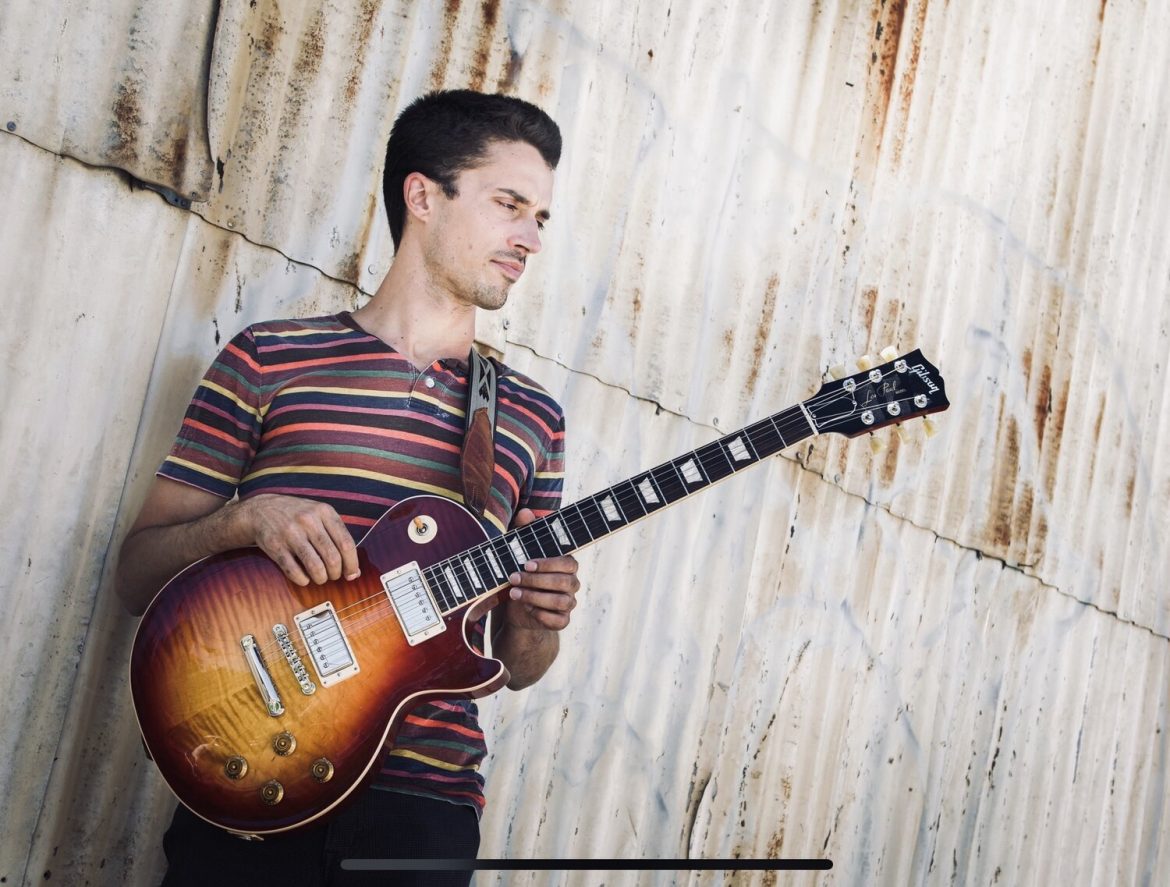 Jules Leyhe & The Family Jules Band bring their Blues, Funk to the PCA on Saturday at 5:00 p.m.

On the heels of pandemic necessitated cancellations, limited performances and long stretches of darkened footlights, the Piedmont Center for the Arts is once again nearly hopping this month. This weekend alone, three events will have the Piedmont arts community buzzing. Local talent is front and center in this trio of family-friendly concerts that range from classical music to blues, rock, Latin and hip-hop.

Members of the Piedmont Middle School and High School Music Departments present solo and small ensemble works at 7 p.m. in a concert on Friday that features performers from age 11 to 18. Highlights in addition to other works showcasing local student talent include a string quartet by Czech composer Bedřich Smetana, a viola duet by Antonín Dvořák, and a work by French Composer Jean-Baptiste Lully that will be performed by a sixth grade violinist. Also on tap, an oboist from Piedmont High School Band is featured in a presentation of “Semelíami,” by Alejandra Odgers. “Semelíami” is a word used by the Raramuri Native Peoples and refers to dance music. The piece is composed as a passacaglia and its sparse clarity and simple ABA form is based on the imagery of meditation, dance, and return to meditation; a metaphor for life. Donations requested at the door will cover costs of the concert and contributions in any amount are appreciated. A brief reception follows the performance.

Jules Leyhe & The Family Jules Band on Saturday at 5:00 p.m.

Less than 24 hours later, Jules Leyhe & The Family Jules Band appear in an intimate concert that celebrates a hometown musician. Leyhe is a 2008 graduate of Piedmont High School. After attending and graduating in 2012 from Boston’s prestigious Berklee School of Music, he has pursued a successful professional solo artist career, performing with Buddy Guy, Charlie Musselwhite, Jimmie Vaughan, Taj Mahal, Fantastic Negrito, Barry Goldberg and Nick Gravenites, among others. In 2021, he performed the National Anthem twice during the Oakland A’s season at the Coliseum. HIs latest album, Your First Rodeo, was released last year. Described in the press as “funky jazz,” “soulful,” and “bluesy,” Leyhe’s music defies easy definition and with his band he concentrates on a fusion of heavy blues, Mexican brass and slide guitar.

The PCA concert features Leyhe’s original music as well as music from blues legend Taj Mahal. If people miss the show—or attend and are eager to hear more—the band’s upcoming debut at the SF Jazz Center is scheduled for May 26 in San Francisco. Purchase tickets HERE.

Benefit piano recital for Ukraine on Sunday at 4:00 p.m.

The weekend’s final offering is a fundraising solo piano concert to support Save the Children Foundation’s Ukraine Crisis Relief Fund. Pianist, harpsichordist, and longtime Piedmont piano teacher Victoria Hurd brings a performance of primarily traditional piano literature to center stage. In comments prior to the performance she suggest works by Mozart, Beethoven, Chopin, and Faure will be featured. Music, she said, is a universal language and proceeds from the concert will support a free Ukraine. Documentation of donations made online at bit.ly/Recital4UkraineCrisis serve as a tax deduction receipt and as admission tickets.

As always, check the venue website prior to attending for the latest protocols regarding proof of vaccination and boosters, masks, photo ID, and other requirements. Learn more HERE.