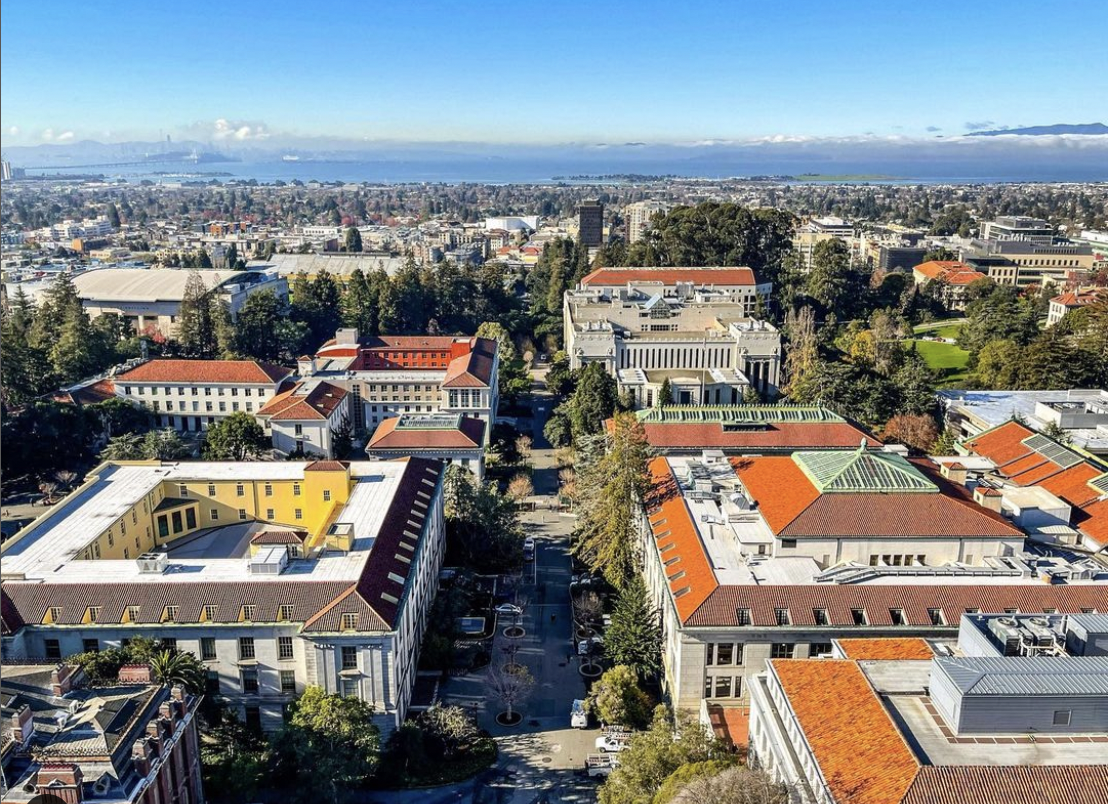 Barring a legislative Hail Mary, UC Berkeley will have to turn away as many as 3,050 new students this fall after the California Supreme Court refused to strike down a lower court’s order that the university cut its enrollment.

Today’s decision means UC Berkeley can only enroll about 6,500 new freshmen and transfer students for this fall, down from the roughly 9,500 the university intended. The move is a blow to students seeking entry to one of the premier universities in the country and one that is effectively tuition-free for low-income Californians.

But the university has plans in place to enroll many of those otherwise excluded students through a combination of online classes and deferring enrollment in the spring when the campus population is smaller.

The fallout stems from Alameda Superior Court Judge Brad Seligman’s order last year to hold UC Berkeley’s enrollment at 2020-21 levels, after residents in the City of Berkeley sued the university, challenging the impact the school’s enrollment growth would have on city services, scarce local housing and noise.

The basis of that suit and court decisions, the 1970 California Environmental Quality Act, centers anew the state’s marquee environmental protection law as either a source of ire for backers of urban density and housing developers or as a chief weapon to preserve communities and the surrounding environment.

“This is devastating news for the thousands of students who have worked so hard for and have earned a seat in our fall 2022 class,” read a statement from UC Berkeley. “Our fight on behalf of every one of these students continues.”

The decision wasn’t unanimous. In a dissenting statement, Justice Goodwin Liu wrote that he would have granted UC Berkeley’s request to block the enrollment cap. He urged the sides to try to quickly resolve the case.

Phil Bokovoy, president of Save Berkeley’s Neighborhoods, the group that brought the suit against UC Berkeley, is “pleased” with the Supreme Court’s decision, but “we’d like to assure deserving California high school students that we are as disappointed as they are that UC has tried to use them as pawns in UC’s attempts to avoid mitigating the impacts from the massive enrollment increases over the past few years.”

Echoing Justice Liu’s dissent, he said that Save Berkeley’s Neighborhoods look forward to meeting with the president of the UC system “to get the settlement process started.”

Now the question becomes where might those students who would have been admitted to Berkeley end up going.

The UC system doesn’t have a plan for ensuring those 3,000 students will find a slot at another UC. “It is too early in the legal process to know exactly how prospective students will be affected,” wrote Ryan King, a spokesperson for the UC Office of the President, in an email last week.

UC Berkeley said it will attempt to enroll many of the excluded 3,050 students by increasing online enrollment and asking others to delay attendance until spring term of 2023 — moves that would allow at least 1,500 new students to enroll. The campus has some wiggle room with the enrollment cap because the campus population typically goes down marginally in the spring. Also, other students are off-campus studying abroad or graduating early, which frees up additional campus space.

“We will also prioritize California residents for fall in-person undergraduate enrollment, as well as our commitment to transfer students,” a campus statement said. That follows a CalMatters analysis that the campus could find a way to enroll more Californians by excluding some out-of-state students. A campus spokesperson said it will likely release more details on mitigation plans tomorrow.

Some lawmakers and legal scholars had previously said that if the state Supreme Court keeps Seligman’s order in place, it opens the door for other communities to sue campuses for their enrollment growth through the 1970 environmental quality act — the law at the center of the UC Berkeley enrollment cap.

“This is an enormous limit on what any UC school, any Cal State school, any public school system can do,” said Erwin Chemerinsky, dean of UC Berkeley’s law school, in a conversation with CalMatters before the supreme court issued its decision today.

Still, today’s court decision wasn’t about the full merits of the case but was instead about Seligman’s decision to cap enrollment. A state court of appeals is expected to hear the full case later this year.

Lawmakers could try to fast-track a bill to exempt campus enrollment from the state’s environmental quality act, a lawmaker said last month. But UC Berkeley is supposed to inform students by March 24 whether they’re admitted and some were already informed Feb 11. Meanwhile, May 1 is the deadline for students to put down deposits to attend the campus — and the typical deadline for colleges across the country.

Lawmakers “don’t need much time to put that together,” texted Assemblymember Kevin McCarty, a Democrat from Sacramento. “We’re on the case and aware of the deadlines.”

Such a law would be a “missed opportunity,” said UC Davis law professor Chris Elmendorf, because it wouldn’t address what he says is the environmental act’s major flaw: It views population growth of any kind as pollution in urban settings.

UC Berkeley’s student government implored the state Legislature today to exempt campus enrollment from the environmental act’s restrictions. In the past Berkeley students were critical of the university’s housing plans because they threatened threatened to displace low income city residents. The campus has already demolished an eight-unit rent-controlled building to make room for a new student housing complex. The students fear less revenue from fewer students will make it harder for the campus to meet its student housing goals.

But the act’s backers say it protects communities from pollution and is unfairly pilloried by public agencies and developers who want to build housing.

UC Berkeley has argued in court filings that if it cannot enroll these 3,000 students this fall, it’ll lose out on $57 million in annual tuition payments for at least four years.

Though the current lawsuit technically concerns a housing and academic development for the Goldman School of Public Policy, the larger issue is whether UC Berkeley failed to adequately measure the impact its enrollment growth would have on the city.

Berkeley said in its 2005 multi-year construction plan that its 2020 enrollment would be around 33,000 students. But the campus actually hit nearly 43,000 students in fall of 2020. While the campus far exceeded its enrollment caps, UC Berkeley built fewer housing slots for students than it had anticipated. By 2020 the campus said it’d have 10,790 beds but to date can house just 9,800 students.

The lawsuit brought forth by Save Berkeley’s Neighborhoods argues UC Berkeley never did a proper assessment of how that added enrollment growth affects the surrounding area. And without that analysis, the campus can’t proceed with any other construction plan.

Seligman agreed. And the state Supreme Court agreed with him.

UC Berkeley contends budget shortfalls caused by the great recession and declining state support for much of that period meant less money to invest in student housing. The campus also spent “a significant amount of its housing reserves to seismically retrofit three of our existing residential facilities,” said Dan Mogulof, a UC Berkeley spokesperson. And while the campus had identified land for as much as 5,000 beds in a 2017 report, those properties already included existing structures like parking lots and academic buildings that would have to be torn down, Mogulof said.

Lawmakers in the past year have proposed or approved $7 billion in campus housing loans and grants.

Other legal scholars say enrollment growth isn’t an issue that’s relevant to the case. “The trial court’s ruling was wrong on many levels. The court had no jurisdiction in deciding the Goldman School case to impose limits on Berkeley’s student population; that was simply not at issue,” wrote Chemerinsky in a Sacramento Bee essay.

Public officials, most prominently Gov. Gavin Newsom, said these students will be locked out of an elite education. Denying enrollment at UC Berkeley to those 3,000 new students “would be irreparably damaging” and “also undermine the State’s broad interest in expanding access to higher education, especially at the State’s flagship undergraduate institutions,” Newsom’s brief to the state Supreme Court said.

But public data suggests nearly all UC Berkeley applicants admitted as freshmen end up at a college.

In 2019, just 5%, or 656, of UC Berkeley’s admitted freshmen didn’t attend a college or their college destinations are unknown. Nearly half — 45% — who were admitted ended up attending the university. The remaining half largely made their way to strong institutions, including 16% to other UCs and 24% to selective private universities that typically have strong financial aid packages for low-income students.

Still, those stats apply to a normal year, not when a large campus like UC Berkeley is unable to enroll 3,000 new freshmen and transfer students.

Given the popularity of the whole UC system, other campuses within the may struggle to accommodate those students, which may impact enrollment capacity at other public and private colleges.

Bokovoy pointed out during a Zoom press conference following the state Supreme Court’s decision that in the past decade the percentage of students receiving the federal Pell grant meant for low-income students dropped from 33% to 27% at UC Berkeley. He argued high rents in the community and insufficient student housing has pushed low-income students out.

Previously, Bokovoy wrote in an email that the group “would like a legally binding agreement that ties enrollment growth to the production of housing on land UC already owns” — which would mean the campus can’t add more students until it builds more housing. In past conversations, he cited the 2008 legal settlement between UC Santa Cruz and local government that tied campus enrollment growth to more housing as a model for what UC Berkeley could pursue. But that deal also came with an enrollment cap of 19,500 students for what ended up being 15 years. At the time of the deal, UC Santa Cruz’s enrollment was around 16,000 students.

Several times Bokovoy denied a UC Berkeley claim that he is pushing for an enrollment cap.

Another campus, UC Davis, made a promise to tie enrollment growth to more housing but the penalty for missing its targets is $500 per bed, according to a legal deal it made with the local government.

Bokovoy said UC Berkeley could expand its campus elsewhere in the Bay Area and not in city of Berkeley, such as in nearby Richmond. Early plans for a satellite campus there fell through in 2016.

Going forward, if community groups target other campuses for their enrollment growth, those lawsuits may be short-lived if the court of appeals overturns Seligman’s ruling once it hears the full UC Berkeley case later this year.

“There’s a real question of how much do we want the courts in the name of (the environmental law) to be controlling enrollment in the UC system,” he said.