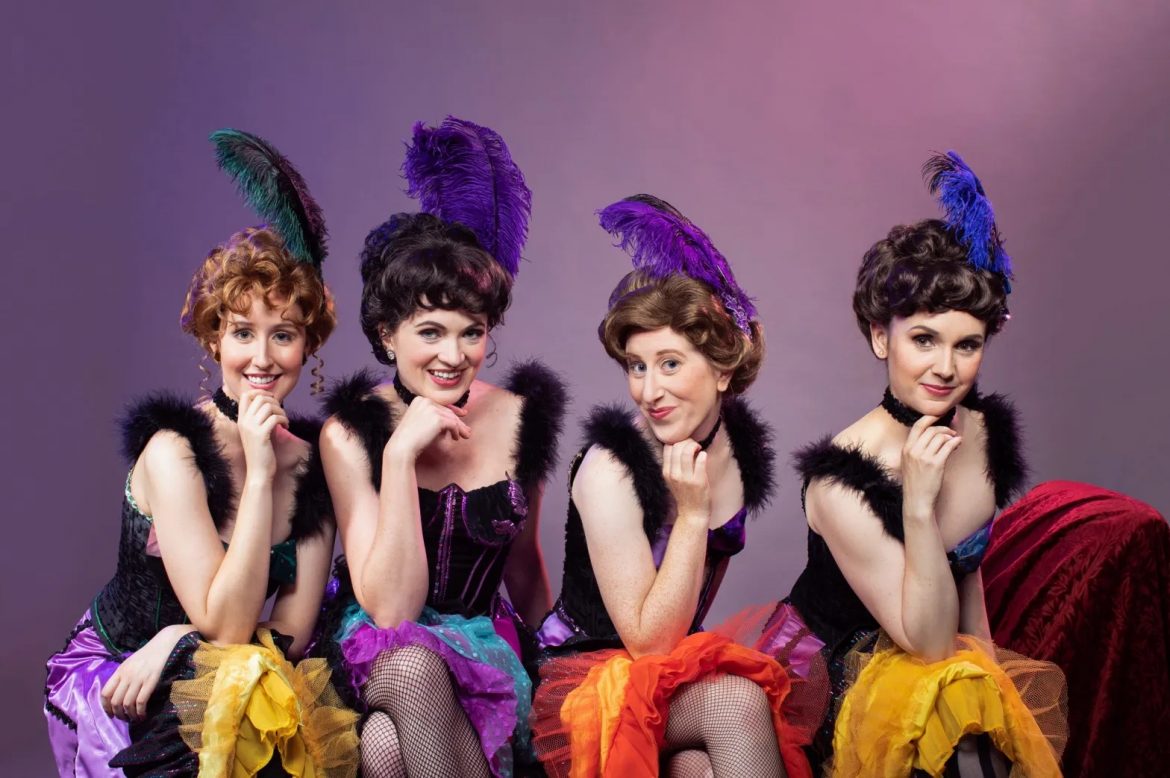 Making merry: Pocket Opera, San Francisco’s charming and cheery little chamber opera company, is going extra light and frothy for their season opener this Sunday afternoon at the Berkeley Hillside Club. “The Merry Widow,” the 1905 Viennese operetta that brought composer Franz Lehar both fame and fortune, revolves around the fabulously wealthy Anna Glawari of Paris, recently bereft of a husband and the object of amorous attentions from just about every guy around. Pocket Opera’s production, performed, as always, in the late founder Donald Pippin’s witty English translation with a small chamber ensemble, stars Jennifer Ashworth in the title role and Orson Van Gay II as her off-again, on-again love interest, Count Danilo. Expect some heady waltz music in this one, folks. Sunday’s 2 p.m. performance in Berkeley will be repeated twice, at 2:30 p.m. April 3 at the Mountain View Center for the Performing Arts’ second stage and at 2 p.m. April 10 at the Gunn Theater in San Francisco’s Legion of Honor Museum. Find tickets, $25-$69, at https://www.pocketopera.org/.

A Francophile’s delight: Donato Cabrera and his Walnut Creek-based California Symphony aim to transport us to Paris, musically speaking, with the “French Impressions” program they have planned this weekend at the Lesher Center for the Arts. The centerpiece is the world premiere of “Illuminate,” a song cycle written by their most recent Young American Composer-in-Residence, Katherine Balch, who is also a winner of the prestigious 2020-2021 Rome Prize. Her chosen singers, sopranos Molly Netter and Alexandra Smither and mezzo-soprano Kelly Guerra, perform the work, which interweaves lines from the French poet Rimbaud’s “Les Illuminations” with other texts from Balch’s favorite female poets: Adrienne Rich, Sharon Olds, Alejandra Pizarnik and the ancient Greek Sappho, as translated by Anne Carson. Also on the program are Thomas Ades’ “Three Studies from Couperin,” an homage to the French Baroque composer and keyboardist; Claude Debussy’s “Danse,” as orchestrated by Maurice Ravel; and Ravel’s own “Ma mére l’Oye” (“Mother Goose”). Performance times are 7:30 p.m. Saturday and 4 p.m. Sunday in the Hofmann Theatre. Find tickets, $20-$74, at (925) 743-7469 or https://www.californiasymphony.org/.

‘Future’ looks bright: New York jazz pianist and composer Taylor Eigsti grew up in Menlo Park where, according to his biography, he started tickling the black-and-whites by age 4. He was recognized early on as a prodigy at such training centers as the Community School of Music and Arts in Mountain View and, at now 37, has assembled a rich career as a musician and composer. He’s released eight albums as a bandleader (his latest, 2021’s “Tree Falls,” earned a Grammy nomination) and forged fruitful collaborations with trumpeters Chris Botti and Terence Blanchard, singer Gretchen Parlato, drummer Eric Harland and many more. He has also composed for and performed with numerous orchestras and jazz bands of all types and sizes. On Saturday, he returns to the Community School of Music and Arts to present the world premiere of “Imagine Our Future” backed by a 12-piece band and the vocalist Lisa Fischer (yes, the Lisa Fischer who sang backup with the Rolling Stones all those years ago and is featured in the film “20 Feet From Stardom”). Eigsti composed the work, but he had help. Lots of help. The work, commissioned by the Hewlett Foundation and CSMA, started with some 100 Bay Area youths ages 5-17 submitting their visions of the future as depicted in drawings, paintings, songs, dance videos and other formats. Somehow, Eigsti assembled all these visions into a nine-movement, 70-minute multimedia composition. The performance is at 7:30 p.m. Proof of vaccination is required, and masks must be worn in the venue. Tickets are $10-$25. Go to https://arts4all.org/.

Dances with compassion: The Oakland Ballet prides itself on representing all facets of the diverse community it serves. So as longtime artistic director Graham Lustig watched with alarm the increasing incidences of violence against Asian Americans, he decided to mount an artistic response. The result of that project debuts this week with the “Dancing Moons Festival,” a shout-out to Asian American arts with a dance program showcasing Asian dancers, choreographers, musicians and more. Contributors include longtime Bay Area choreographer Michael Lowe, an East Bay native with both Chinese and Korean ancestry; Megan and Shannon Kurashige, founders/directors of the San Francisco company Sharp & Fine; Caili Quan, whose new work touches on Filipino and Pacific Island cultures; and Hong Kong-born choreographer Phil Chan, whose new take on the 18th century “Ballet des Porcelaines” (based on an Orientalist fairy tale) with Asian characters and authentic cultural references debuted earlier this year in New York and gets its West Coast premiere at the festival. All of the dance-makers have long strived to remove Asian stereotypes from Eurocentric dance works. Chan heads the nonprofit Final Bow for Yellowface, which has been fighting Asian stereotypes in dance for several years (the name is taken from the title of a book he wrote on the subject). The “Dancing Moons Festival” takes place at 7:30 p.m. Thursday and Friday, and 2:30 and 7:30 p.m. Saturday at the Oakland Asian Cultural Center; as well as 8 p.m. April 2 at the Bankhead Theater in Livermore. Tickets for the Oakland shows are $40-$50; tickets for Livermore are $20-$68. At both theaters you’ll need to show proof of vaccination and wear a mask. Go to https://oaklandballet.org/.

Back to ‘Vietgone’: Qui Nguyen’s “Vietgone” is a pop-culture tornado of a play that can barely contain itself. Or maybe it can’t contain itself. Maybe it’s not even trying. In any event, the show, which played at American Conservatory Theater three years ago, is back in the Bay Area for a run beginning Thursday at City Lights Theater in San Jose. The two-plus hour play with music pretty much defies categorization. It’s set in 1975, just after the fall of Saigon, and focuses on two Vietnamese refugees in America. It’s part love story, part buddy road-trip story and chock-full of pointed political and cultural observations. The characters speak in contemporary dialogue that their 1970s characters would hardly recognize. There are wild references to “Ghost” and “Dirty Dancing,” among other things. And every now and then, the show breaks into a rap song, even though hip-hop had barely dented the U.S. music landscape at the time. So yeah, this is not your average play. And don’t expect a lot of political correctness or much in the way of restraint when it comes to cuss words. Simply put, if you like a tightly wound play that’s smoothly executed, you probably want another show. But if dissonance, outrageousness, laughter and wild-eyed creativity are your thing, welcome to “Vietgone.” The production runs through April 24 at City Lights, where a proof of vaccination is required and masks must be worn (though drinks are now allowed in the theater). Tickets are $23-$52. Go to https://cltc.org/.

Processing…
Success! You’re on the list.
Whoops! There was an error and we couldn’t process your subscription. Please reload the page and try again.