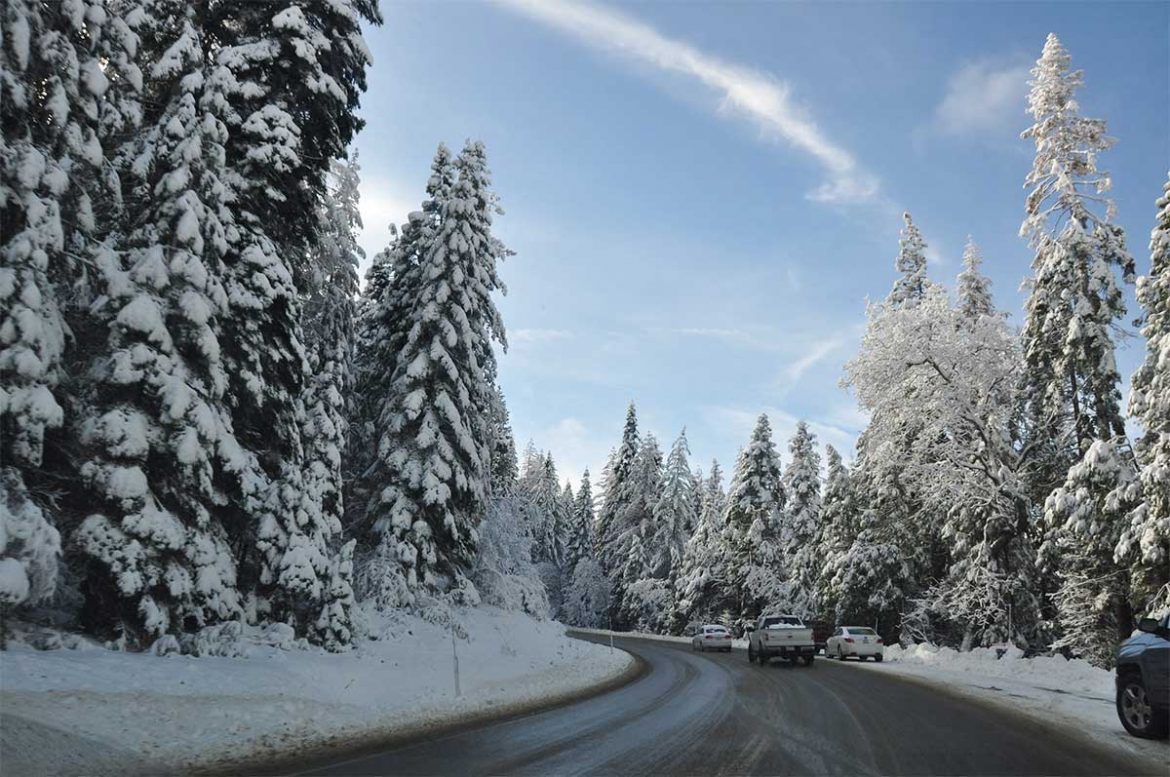 Snow blankets trees along a mountain pass in the Sierra Nevada in 2017. Weather observers say that the state's snowpack is about 111 percent of normal thanks to strong December storms, and they hope February holds more in store. (Photo by tdatu/Flickr)

Despite California having a mostly dry January, snow depth and snow water content “is looking good and still running above average for this time of year,” the National Weather Service in Sacramento said in a weekend tweet.

Despite seeing a dry January the snow depth and snow water content in the Sierra is looking good and still running above average for this time of year. #CAwx pic.twitter.com/GCES3ZqoA5

Currently, the Northern Sierra is at about 113 percent of what is considered the normal amount of snow for this time of year. Central Sierra snow is at about 109 percent. Overall, the state has about 111 percent of its average snowpack right now, thanks to the record-breaking storms that came toward the end of 2021.

And while no rain is being predicted for the coming week, the NWS in San Diego tweeted Sunday, “And more rain and mountain snow may arrive to California during the first week of February!”

The post Snowpack holding up well despite dry month, as forecasters look to February appeared first on Local News Matters.