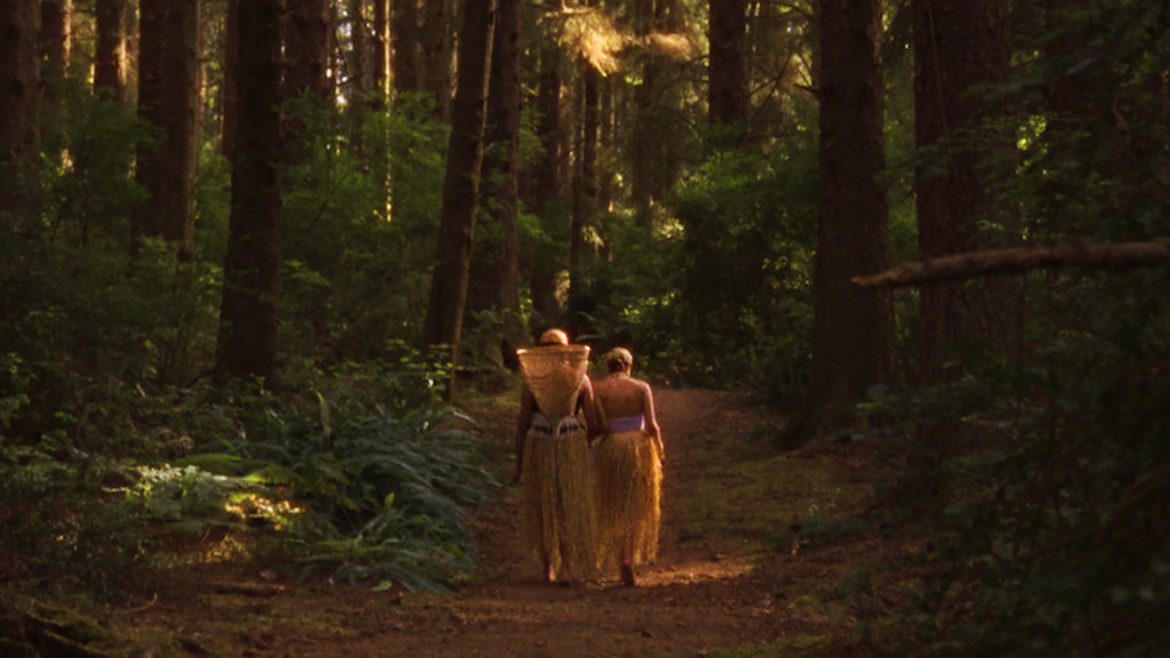 Even though San Francisco won’t be whipping up a cherry-picked platter of Sundance Film Festival goodies like it did last year via the Roxie, cinephiles needn’t grumble nor grouse. You can still sample from the entire 2022 program even if no Bay Area drive-in will be screening them.

And the good news is that you won’t even need to budge from the comfy couch to do so throughout the fest’s run, Jan. 20 through Jan. 30. As it did last year, the Sundance Film Festival decided Wednesday to move the entire program online again due to the surge of COVID-19 cases.

Best not dilly-dally, though. Jump onto the Sundance Film Festival website (festival.sundance.org) on Jan. 13, when individual tickets go up for sale for virtual screenings of the 82 features and episodic series. Surprisingly, even virtual screenings have capacity limits.

Pass the Remote cues you in on a few of the hot tickets with Bay Area associations. We also spotlight a couple other Bay Area in-theater experiences in the offing this week.

A docuseries garnering huge buzz and one that’s already been acquired by Showtime is Palo Alto-born comedian W. Kamau Bell’s “We Need to Talk About Cosby.”

Bell offers a critical survey of the once beloved, now disgraced comedian Bill Cosby, who got his start in San Francisco and is best known for his popular and iconic TV series, “The Cosby Show.”

Bell’s four-parter includes interviews with sexual abuse survivors and takes a pointed, big-picture look into Cosby’s career and allegations. This one will definitely be a talker. It also premieres Jan. 30 on Showtime.

Fresh off her previous successful release on an elf whisperer, “The Seer and the Unseen,” Berkeley’s talented Sara Dosa follows up with an equally intriguing true tale about grand passions, “Fire of Love.” It revisits the ill-fated romance of French volcanologists Katia and Maurice Krafft — killed doing what the couple loved and obsessed about the most in 1991 while atop Japan’s erupting Mount Unzen. “Fire of Love” is one of nine titles vying in the U.S. Documentary Competition.

Another Bay Area documentary maker — Reid Davenport — will be joining Dosa in that competition. Davenport’s “I Didn’t See You There” takes a thoughtful, critical and personal exploration into the origins and fallout of the circus “freak show.” The idea for his feature came to Davenport when he looked outside his Oakland apartment building to see a circus tent going up.

Redwood City native and experimental filmmaker Joey Izzo frames his shocking documentary short “You’ve Never Been Completely Honest” around a 1972 interview that has never been released. Using animation and re-enactments, Izzo catapults us on a harrowing 1970s journey during a cruel four-day Palo Alto leadership conference.

In Rayka Zehtabchi and Shaandiin Tome’s 21-minute “Long Line of Ladies,” a centuries-old Native American ceremony that celebrates a girls’ transition into womanhood gets revived in the Northern Californian Karuk community that lives in McKinleyville. The short not only follows the preparations leading up to that day but the significance and background of the ceremony, and why it went dormant.

If you’re a fan of Japanese animation, there’s no better place to be this weekend than at the Roxie in San Francisco. They’re hosting “Go Into the Wild: A Mamoru Hosoda Weekend” in the week before his latest, “Belle,” debuts. The program includes his first original feature “The Girl Who Leapt Through Time” in addition to “Summer Wars,” “The Boy and the Beast” and the one that earned him raves, “Wolf Children.” Tickets cost $13 per screening and a $40 pass will get you into all screenings. It runs Saturday through Sunday. (https://www.roxie.com/go-into-the-wild-a-mamoru-hosoda-weekend/)

Should you be a fan of influential silent film star/filmmaker Buster Keaton, two excellent options present themselves this week and near the end of the month. The first happens at 3 p.m. Sunday when Keaton’s 1924 comedy “Sherlock Jr.” is shown at the Smith Rafael Film Center. As a bonus, violist Ruth Kahn and award-winning violinist and composer Mads Tolling will be providing live musical accompaniment. General tickets cost $20 and can be purchased at https://rafaelfilm.cafilm.org/sherlock-jr-with-live-music/. If that doesn’t entirely whet your Keaton appetite, check out Slate’s Dana Stevens’ upcoming biography “Camera Man: Buster Keaton, the Dawn of Cinema and the Invention of the Twentieth Century.” It is scheduled to be released Jan. 25.

And finally, over at the Berkeley Art Museum and Pacific Film Archive, one of Francis Ford Coppola’s earliest films – 1963’s diabolical “Dementia 13” – screens at 7 p.m. Friday in a 4K restoration. It’s part of the ongoing series, “Francis Ford Coppola and American Zoetrope.” For tickets, visit https://bampfa.org/event/dementia-13.