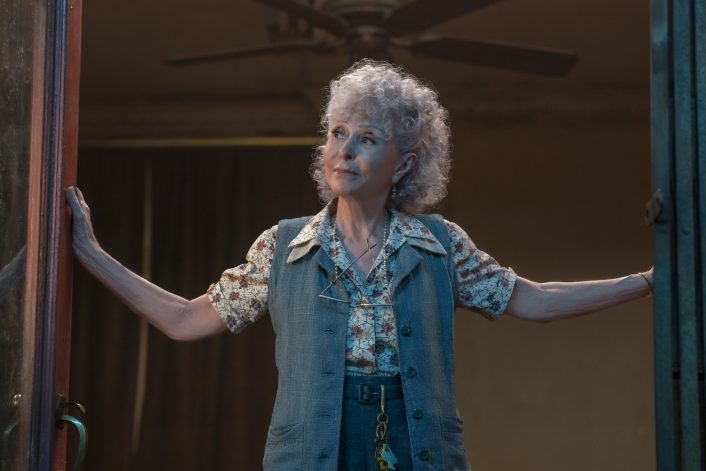 From a spectacular song-and-dance redo of a beloved musical that co-stars an East Bay icon and on to an anthology of short films that celebrate the magic of Afrofuture storytelling, expect your senses to get overloaded — in a good way — in this week’s Pass the Remote film selections.

So prepare to expand your minds, and even get them blown every now and then.

After a two-year sabbatical because of COVID-19, the International Buddhist Film Festival returns to in-person screenings at the Smith Rafael Center starting Thursday. The program’s stocked with a mix of documentaries and narrative features. Be sure not to miss the opening night pick, a charming, bittersweet gem that is Bhutan’s official Best International Feature Oscars entry.

“Lunana: A Yak in the Classroom” is as soothing as a warm cup of tea as it tells a  bittersweet coming-of-age story about the antsy Ugyen (Sherab Dorji), a young man living in Bhutan’s capital city of Thimphu. He’s biding his time in his homeland, dreaming big about moving to Australia.

Those plans need to wait till after he completes his civic duty, which requires that he’s a teacher at what is considered to be the most remote school in the world. Ugyen learns a lot about himself and slowly appreciates an entirely different and slower way of being.

Director Pawo Choyning Dorji will be joining via Zoom to talk about making this gorgeously filmed feature, and it should be an enlightening discussion. (For a full schedule and to order tickets, visit https://www.buddhistfilmfoundation.org/)

Bay Area cineastes know well that the venerable Berkeley Art Museum and Pacific Film Archive is the East Bay’s version of the Criterion Channel. The PFA features an innovative slate of buried and well-known cinematic treasures.

One find is Hou Hsiao-Hsien’s “Flowers of Shanghai,” a soak-it-all-in experience set in 1890s Shanghai brothels. “Shanghai” is a methodically paced chamber piece wherein the audience becomes an eavesdropper to revealing conversations at dining tables and bedrooms.

It all sounds like it might be salacious. It’s not. “Shanghai” is more interested in exploring the complex dynamic of these trysts/courtships between the “flowers” (courtesans) and their gentlemen callers, an approach that again shows the fragility of the male psyche. The phenomenal Tony Leung Chiu-wai stars.

It’s part of the PFA’s “Big Screen: Highlights From a Year of Virtual Cinema,” and with its digital restoration and sumptuous visuals, it is a must-watch on the big screen. (Screens 7 p.m. Saturday and 7 p.m. Dec. 16; https://bampfa.org/event/flowers-shanghai)

At 89 (Saturday, she turns 90), Rita Moreno continues to amaze, and the Berkeley resident is astonishing in Steven Spielberg’s reinvigoration of the film and stage classic “West Side Story.”

Moreno nabbed an Oscar for her energetic performance as Anita in the 1961 film version, and in Spielberg’s and screenwriter Tony Kushner’s lush and lavish new adaptation, which adds more grit and relevance, she plays shop owner Valentina while Ariana DeBose plays Anita, the role that won Moreno an Oscar.

The songs and score remind us of just how enchanting the late Sondheim and Bernstein partnership remains, while the sweeping choreography is absolutely perfect. (Opens Friday at area theaters)

A flurry of ideas from exciting new talent makes the stimulating anthology series “Afrofuturistik” such a refreshing dive into a genre that zoomed into the mainstream after Ryan Coogler’s “Black Panther” was a massive hit.

In this bundle of shorts from Morocco, Kenya, Rwanda, Nigeria and Democratic Republic of Congo, strange, otherworldly things happen — a desperate Moroccan farmer learns of an alien event (Sofia Alaoui’s award-winner “So What If the Goats Die”), a trio of female friends learn the hard way that their colorful wigs come with a cost (C.J. Obasi’s visually and artistically daring “Hello, Rain,” based on a Nnedi Okorafor story).

Combined, they are a cinematic tour de force that announces the arrival of five Black filmmakers with clear and startling visions. Prepare to get your minds blown. (Dec. 14 and Dec. 19 at the Roxie, https://www.roxie.com/ai1ec_event/afrofuturistik/?instance_id=43985; and Dec. 15 at the Smith Rafael Film Center, https://rafaelfilm.cafilm.org/afrofuturistik/)

One of my favorite annual cinematic traditions is already underway at the Smith Rafael Film Center. The “For Your Consideration” program gathers a few, but by no means all, international films that are contending to land on the long and then the short list in the upcoming Oscars.

A standout is Ryûsuke Hamaguchi’s “Drive My Car,” a wise epic (it clocks in at just one minute shy of three hours) on forgiveness, guilt, creativity, death and life itself. It relates a deceptively simple plot about a middle-aged actor (Hidetoshi Nishijima) who avoids dealing with unresolved grief by throwing himself into directing a stage production of Chekhov’s “Uncle Vanya.”

The sexual and metaphysical comingle in this touching anthem to the human soul and how it can both ache and heal. Put simply, it’s a masterpiece. (Screening Dec. 14 at https://rafaelfilm.cafilm.org/drive-my-car/; also screening at the Roxie starting Friday: https://www.roxie.com/ai1ec_event/drive-my-car/?instance_id=43979 and at other select theaters)

Next week, we’ll check out more from the Smith Rafael Film Center’s “For Your Consideration” catalog.