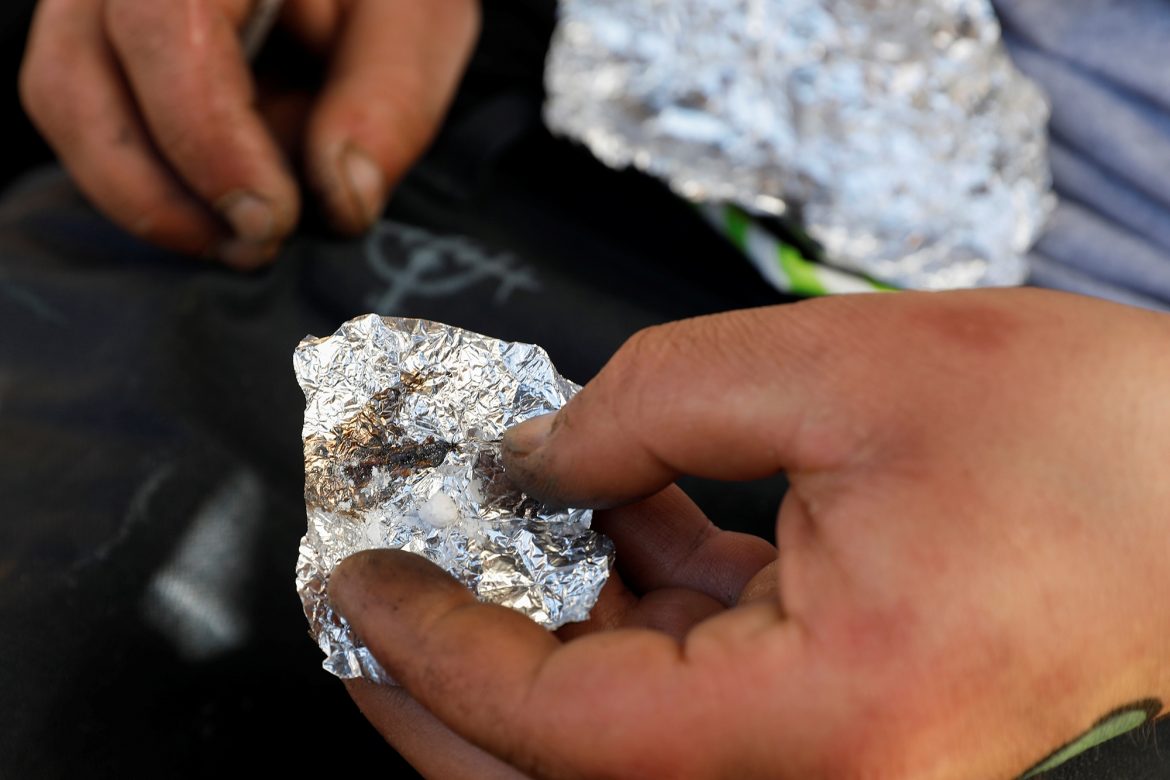 A man living on the streets displays what he claims to be the synthetic drug fentanyl in the Tenderloin section of San Francisco on Feb. 27, 2020. REUTERS/Shannon Stapleton

As concern over the omicron variant mounts in California — with the state’s second case confirmed Thursday in Los Angeles County — another public health crisis is lurking in plain sight: the drug epidemic.

A jaw-dropping report released Wednesday by the UCLA Luskin Institute on Inequality and Democracy found that nearly 1,500 people, the vast majority believed to be homeless, died on the streets of Los Angeles during the pandemic — 40% because of a drug or alcohol overdose. The staggering number is almost certainly an undercount, experts say.

Also Wednesday, the California Peace Coalition — a group of parents whose kids are addicted to or have died from fentanyl or other illicit drugs — held a die-in protest in the Tenderloin, calling on the state and San Francisco to shut down open-air drug markets, prosecute dealers, and place their kids in mandatory treatment. And they slammed San Francisco leaders for their response to a drug epidemic that killed 712 city residents in 2020 — nearly triple the amount of people who lost their lives to COVID-19.

The news comes about two weeks after the U.S. Centers for Disease Control and Prevention estimated that more than 100,000 Americans — including about 10,000 in California — died of drug overdoses during the year-long period that ended April 2021. That’s a record high and a nearly 29% increase from the year before. Almost 64% of deaths were caused by the synthetic opioid fentanyl.

A heart-rending, stunning Thursday story from San Francisco Chronicle columnist Heather Knight put the human toll of California’s drug crisis — and the inadequate political response that appears to be fueling it — into painfully clear focus. In May, Laurie Steves — who had already lost one of her children to a fentanyl and ketamine overdose — moved to San Francisco to try to wrest her 34-year-old daughter, Jessica DiDia, from the grasp of fentanyl and the Tenderloin. She did not succeed.